5 Books to Feel the Miami Spirit

A city like no other, Miami prides itself in its unique spirit formed through years of transcultural fusion. This city’s distinct environment and ever-changing lifestyle have brought on a creative wave exemplified through talented authors, novelists, and photographers. The following books not only embody Miami but manage to encompass it through photographs, short stories, and fascinating tradition. 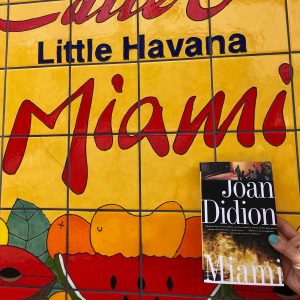 As Didion follows Miami’s drift into a Third World capital, she also locates its position in the secret history of the Cold War, from the Bay of Pigs to the Reagan doctrine and from the Kennedy assassination to the Watergate break-in. Miami is not just a portrait of a city, but a masterly study of immigration and exile, passion, hypocrisy, and political violence.

“Didion’s Miami is a kaleidoscope of impressions, and a litany of violence, intrigue, vengeance, political manipulation, and broken dreams” – Boston Globe

Shtetl in the Sun by Andy Sweet 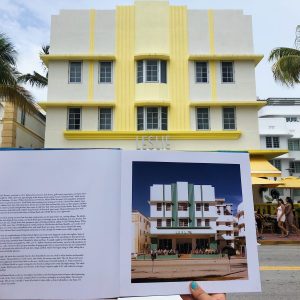 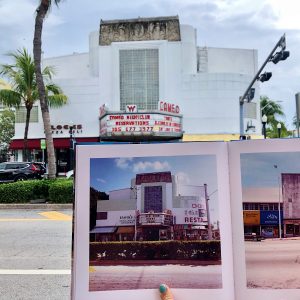 Shtetl in the Sun, which features previously unseen photographs documenting South Beach’s once-thriving and the now-vanished Jewish community―a project that American photographer Andy Sweet (1953–82) began in 1977 after receiving his MFA from the University of Colorado at Boulder, and a driving passion until his tragic death. Sweet’s photos capture this community’s daily rhythms in all their beach-strolling, klezmer-dancing glory.

“Sweet is really looking. He’s paying attention. The way he sees people nearing the end of their life is vibrant: he loves them in the brightest colors he can magic out of the camera.” – Lauren Groff, novelist

How To Leave Hialeah by Jennine Cap Crucet 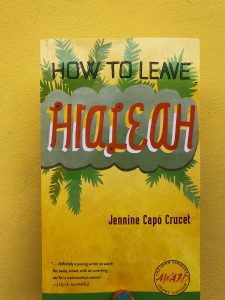 Coming to us from the predominantly Hispanic working-class neighborhoods of Hialeah, the voices of this steamy section of Miami shout out to us from rowdy all-night funerals and kitchens full of platanos and croquetas and lechon ribs, from domino tables and cigar factories, glitter-purple Buicks and handed-down Mom Rides, private homes of santeras and fights on front lawns.

“What a joy it is to read the work of a writer who has a powerful voice, a sense of humor, and a feeling for local histories.” – Charles Baxter 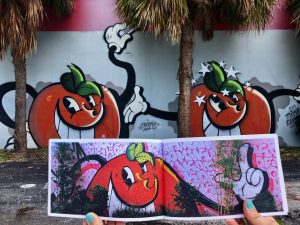 First there was I’M IN MIAMI BITCH! The Disappearing Street Art of Wynwood. Then BASELGEDDON: A Novela. Now, Arty Gras, the final chapter in the Wynwood trilogy by photographer and author Andrew Kaufman. This 140 page full color 5×5″ x 8.5″ photographic journal with over 150 images chronicles the Wynwood street art scene.

An Orange World and Other Stories by Karen Russell 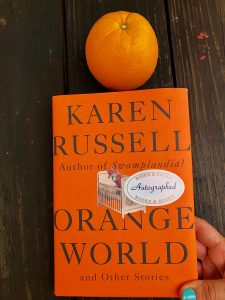 In this brilliant, hilarious title book, Miami born writer, Karen Russell tells the story of a new mother desperate to ensure her infant’s safety strikes a diabolical deal, agreeing to breastfeed the devil in exchange for his protection. The landscape in which these stories unfold is feral, slippery, purgatorial space, bracketed by the void–yet within it, Russel captures the exquisite beauty and tenderness of ordinary life.

“Amidst the leading pack of talents, Karen Russel writes the most like she’s on fire, as in this close to revelations. Orange World is her best collection yet” John Freeman, Lit Hub