An Evening with Nestor Carbonell in conversation with Jorge Duany

Why Cuba Matters is a vivid, in-depth history of the 60-year Castro-Communist regime and its impact on Cuba and many other countries. The book describes how the regime deceived and subjugated the Cuban people, defied 12 US presidents and continues to endanger peace and security in this hemisphere in collusion with Russia, China and Venezuela. It also ponders the prospects for freedom in the post-Castro era.

***Before and during the event, you can ask questions in the ‘Ask a Question’ box at the bottom of the screen.*** 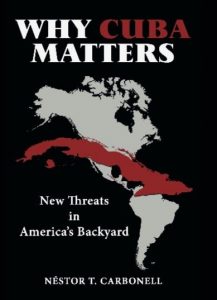 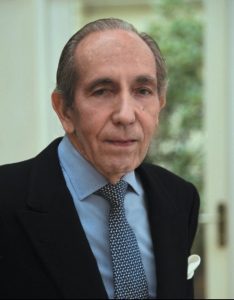 Néstor T. Carbonell is a Cuban-born attorney with law degrees from Havana and Harvard. Forced into exile, he played an important role in the resistance and diplomatic fronts of the pro-democracy movement. Carbonell was a senior executive of PepsiCo in charge of international government relations and public affairs. A member of the Council on Foreign Relations, he is the author of five books and numerous publications on Cuba, history, law and the Cold War. 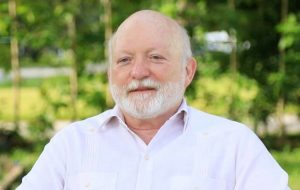 Dr. Jorge Duany is the Director of the Cuban Research Institute and Professor of Anthropology at Florida International University. Born in Cuba and raised in Panama and Puerto Rico, Dr. Duany previously served as Acting Dean of the College of Social Sciences and Professor of Anthropology at the University of Puerto Rico, Río Piedras. He earned his Ph.D. in Latin American Studies, specializing in anthropology, at the University of California, Berkeley. He also holds an M.A. in Social Sciences from the University of Chicago and a B.A. in Psychology from Columbia University. Dr. Duany has published extensively on migration, ethnicity, race, nationalism, and transnationalism in Cuba, the Caribbean, and the United States. He has also written about Cuban cultural identity on the island and in the diaspora, especially as expressed in literature, religion, and music. He is the author, coauthor, editor, or coeditor of twenty-one books, including Picturing Cuba: Art, Culture, and Identity on the Island and in the Diaspora (2019); Puerto Rico: What Everyone Needs to Know (2017); Un pueblo disperso: Dimensiones sociales y culturales de la diáspora cubana (2014); and Blurred Borders: Transnational Migration between the Hispanic Caribbean and the United States (2011).