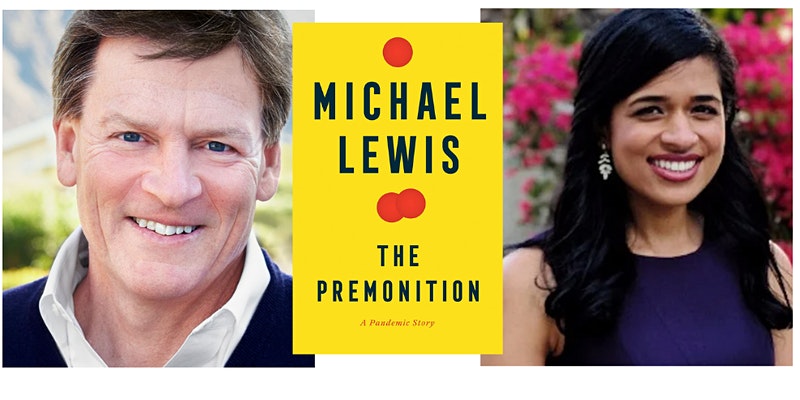 An Evening with Michael Lewis: The Premonition

An Evening with Michael Lewis

In conversation with Maya Shankar

The Premonition: A Pandemic Story

For those who could read between the lines, the censored news out of China was terrifying. But the president insisted there was nothing to worry about.

Fortunately, we are still a nation of skeptics. Fortunately, there are those among us who study pandemics and are willing to look unflinchingly at worst-case scenarios. Michael Lewis’s taut and brilliant nonfiction thriller pits a band of medical visionaries against the wall of ignorance that was the official response of the Trump administration to the outbreak of COVID-19.

The characters you will meet in these pages are as fascinating as they are unexpected. A thirteen-year-old girl’s science project on transmission of an airborne pathogen develops into a very grown-up model of disease control. A local public-health officer uses her worm’s-eye view to see what the CDC misses, and reveals great truths about American society. A secret team of dissenting doctors, nicknamed the Wolverines, has everything necessary to fight the pandemic: brilliant backgrounds, world-class labs, prior experience with the pandemic scares of bird flu and swine flu…everything, that is, except official permission to implement their work. 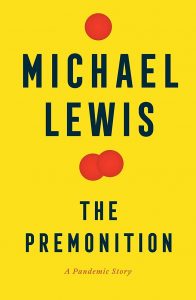 MICHAEL LEWIS is the best-selling author of Liar’s Poker, Moneyball, The Blind Side, The Big Short, The Undoing Project, and The Fifth Risk. He lives in Berkeley, California, with his wife and three children.

Maya has a postdoctoral fellowship in cognitive neuroscience at Stanford, a Ph.D. from Oxford on a Rhodes Scholarship, and a B.A. from Yale. She has been profiled by The New Yorker and has been featured in The New York Times, Scientific American, and Forbes. She’s also been the featured guest on NPR’s “All Things Considered,” “Freakonomics,” and “Hidden Brain.” She’s a former private violin student of Itzhak Perlman and graduate of The Juilliard School’s pre-college program. Maya is currently a Senior Director of Behavioral Economics at Google and is host of the new podcast A Slight Change of Plans, produced by Pushkin Industries.