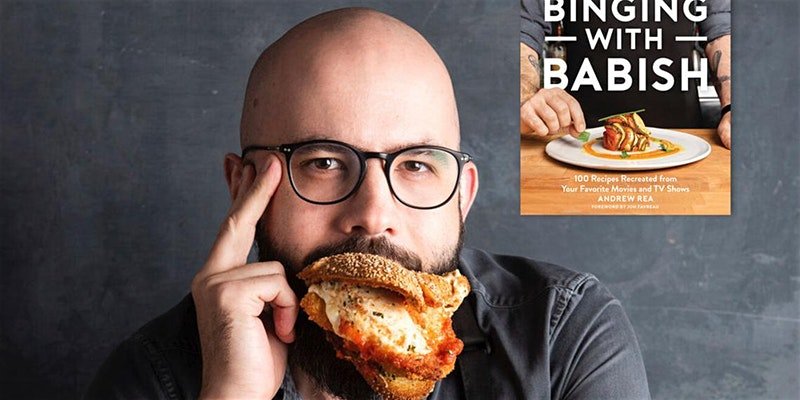 Andrew Rea of BINGING WITH BABISH!

The book that 5 million fans of Binging with Babish on YouTube have been waiting for! The internet cooking show Binging with Babish has taken YouTube by storm with views as high as 12 million per episode. For each video, Andrew Rea, a self-proclaimed movie and TV buff, teaches a recipe based on a favorite TV show or film, such as the babka from the classic Seinfeld episode, the beef bourguignon from Julie & Julia, or the timpano from Big Night. This cookbook includes these and other fan-favorite recipes. Some are so delicious that you’ll want to make them for dinner right away, like Bubba’s shrimp from Forrest Gump, while others can be saved for impressing a loved one—like the chocolate lava cake from Jon Favreau’s Chef, which the actor/director (who also wrote the foreword) asked to make during a guest appearance on Rea’s show. Complete with behind-the-scenes stories and never-seen-before photos, as well as answers to frequently asked fan questions, Binging with Babish is a must-have companion to the wildly popular YouTube show. 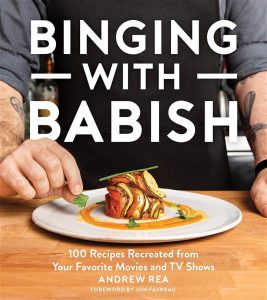 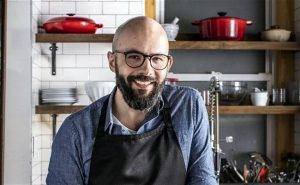 Andrew Rea is one part chef, one part filmmaker, and a generous dash of irreverent YouTube personality. Self-taught both behind and in front of the camera, his cooking show, Binging with Babish, is enjoyed by millions of burgeoning chefs around the globe. His passion for teaching and experimenting in the kitchen is rivaled only by his love of film and television, both of which he endeavors to share from his New York City kitchen.

Presented in collaboration with The Coral Gables Chamber of Commerce and The Bar.