A galvanizing look at constitutional freedoms in the United States through the prism of attacks on the rights of American Muslims.

Religious liberty lawyer Asma Uddin has long considered her work defending people of all faiths to be a calling more than a job. Yet even as she seeks equal protection for Evangelicals, Sikhs, Hindus, Muslims, Native Americans, Jews, and Catholics alike, she has seen an ominous increase in attempts to criminalize Islam and exclude American Muslims from their inalienable rights.

Somehow, the view that Muslims aren’t human enough for human rights or constitutional protections is moving from the fringe to the mainstream?along with the claim “Islam is not a religion.” This conceit affects all Americans because the loss of liberty for one means the loss of liberties for everyone.

When Islam Is Not a Religion also looks at how faith in America is being secularized and politicized, and the repercussions this has on debates about religious freedom and diversity.

Woven throughout this national saga is Uddin’s own story. She combines her experience as a person of Muslim faith and her legal and philosophical appreciation that all individuals have a right to religious liberty. Uddin examines the shifting tides of American culture and outlines a way forward for individuals and communities navigating today’s culture wars. 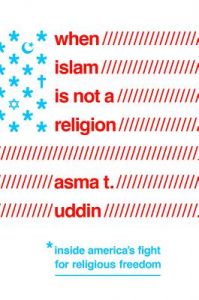 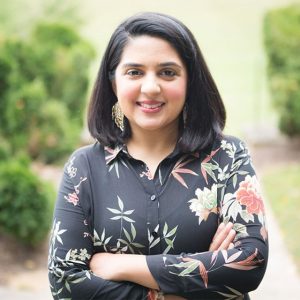 Asma T. Uddin is a religious liberty lawyer who has worked on cases at the U.S. Supreme Court, federal appellate courts, and federal trial courts. She is the founding editor-in-chief of altmuslimah.com and was an executive producer for the Emmy and Peabody-nominated docuseries, The Secret Life of Muslims. She has written for the New York Times, the Washington Post, and Teen Vogue. Asma lives in Washington, DC. 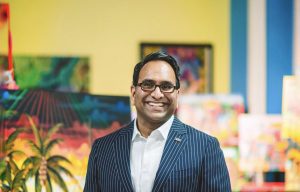 Saif Ishoof currently serves as the Vice President of Engagement at Florida International Unviersity (FIU). Saif also serves as a Senior Fellow at Steven J. Green School of International & Public Affairs. His previous professional experience includes Executive Director/Vice President of City Year Miami. Saif also worked as the CEO of FCT Technologies Inc. and was the CEO/Founder of AgriVerdi Inc in Miami, FL.  He received his Bachelors of Science in Foreign Service from Georgetown University and his J.D. from University of Miami School of Law.