“Baseball Under the Palms: A History of Miami Minor League Baseball – The Early Years (1892-1960),” tells the fascinating story of the growth of hardball from its humble beginnings, to organized play, and team participation in “outlaw leagues. This led to the eventual acceptance of a minor league baseball team in Miami by the National Association. This sometimes included affiliations with major leagues teams. Along the way, some of baseball’s most legendary names including the likes of Chico Fernandez, Pepper Martin, Satchel Paige, and Woody Smith passed through Miami, either on their way to illustrious minor or major league careers or finishing out their celebrated moments in the sun.

This work is the first of its kind that brings to light the full spectrum of the history of minor league baseball in Miami. The inspiration for us writing “Baseball Under the Palms,” emanated from, “The Forgotten Marlins: A Tribute to the 1956-1960 Original Miami Marlins.” For lovers of our national pastime, we bring to light the richly varied and illustrious history of teams and leagues; once at the forefront of local baseball.

Presented in partnership with The Society for American Baseball Research 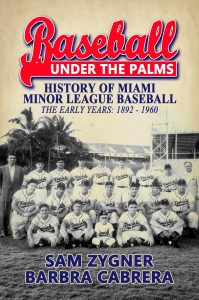 To be introduced by

For over three decades, HistoryMiami Museum’s Resident Historian Dr. Paul S. George has toured his way to local, national, and international acclaim with his continuing series of historic tours. Through walking, coach, and boat tour experiences, Dr. George has welcomed tour participants on a memorable journey of South Florida through its historic neighborhoods, landmarks, and sites. As a Miami native, author, and former college professor, Dr. George has gained fame for his uncanny ability to recall the most impressive details about the people and places that make South Florida so unique. 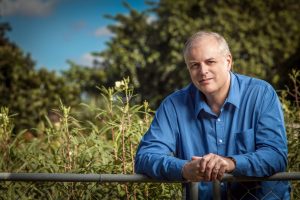 Sam Zygner is the author of The Forgotten Marlins: A Tribute to the 1956-1960 Original Miami Marlins. He has served as the Chairperson for the South Florida Chapter of the Society for American Baseball Research (SABR) since 2006 and been a member since 1997. His written articles have appeared in The Baseball Research Journal, The National Pastime, Nine: A Journal of Baseball History and Culture. Zygner was the sports and travel journalist for La Prensa de Miami Newspaper (Miami, Florida). Sam received his MBA from Saint Leo University. He is a lifelong Pittsburgh Pirates fan.