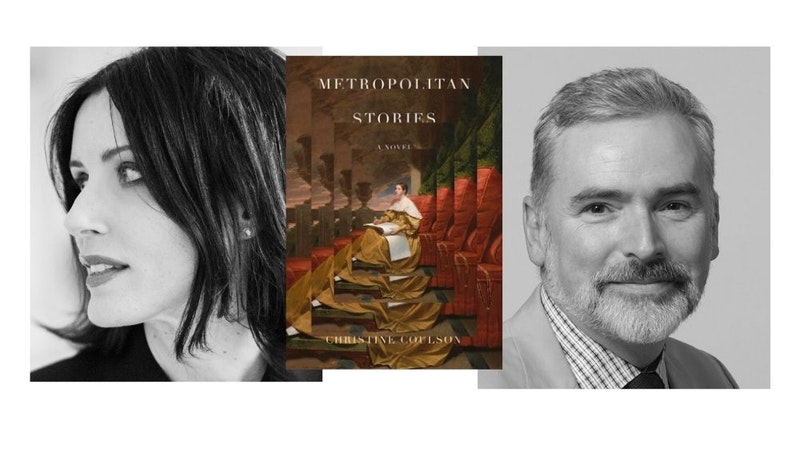 An Evening with Christine Coulson

In conversation with Michael Gallagher

“Only someone who deeply loves and understands the Metropolitan Museum could deliver such madcap, funny, magical, tender, intimate fables and stories.” —Maira Kalman, artist and bestselling author of The Principles of Uncertainty

From a writer who worked at the Metropolitan Museum for more than twenty-five years, an enchanting novel that shows us the Met that the public doesn’t see.

Hidden behind the Picassos and Vermeers, the Temple of Dendur and the American Wing, exists another world: the hallways and offices, conservation studios, storerooms, and cafeteria that are home to the museum’s devoted and peculiar staff of 2,200 people—along with a few ghosts.

A surreal love letter to this private side of the Met, Metropolitan Stories unfolds in a series of amusing and poignant vignettes in which we discover larger-than-life characters, the downside of survival, and the powerful voices of the art itself. The result is a novel bursting with magic, humor, and energetic detail, but also a beautiful book about introspection, an ode to lives lived for art, ultimately building a powerful collage of human experience and the world of the imagination. 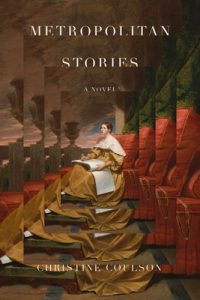 Christine Coulson began her career at the Metropolitan Museum of Art in 1991 as a summer intern in the European Paintings Department. She returned in 1994 and, over the next 25 years, rose through the ranks of the Museum, working in the Development Office, the Director’s Office, and the Department of European Sculpture and Decorative Arts. In 2019 she left the Met to write full-time.

Michael Gallagher has been the Sherman Fairchild Chairman of Paintings Conservation at The Met since 2005. Over the course of his distinguished career, he has treated many extraordinary paintings including works by Botticelli, Gainsborough, Tiepolo, van Dyck, Poussin, Reynolds, Rubens, Titian, and Velázquez. As a senior figure at The Met, Gallagher’s impact reaches far beyond the conservation studio as an advocate for Museum-wide curatorial and conservation work.