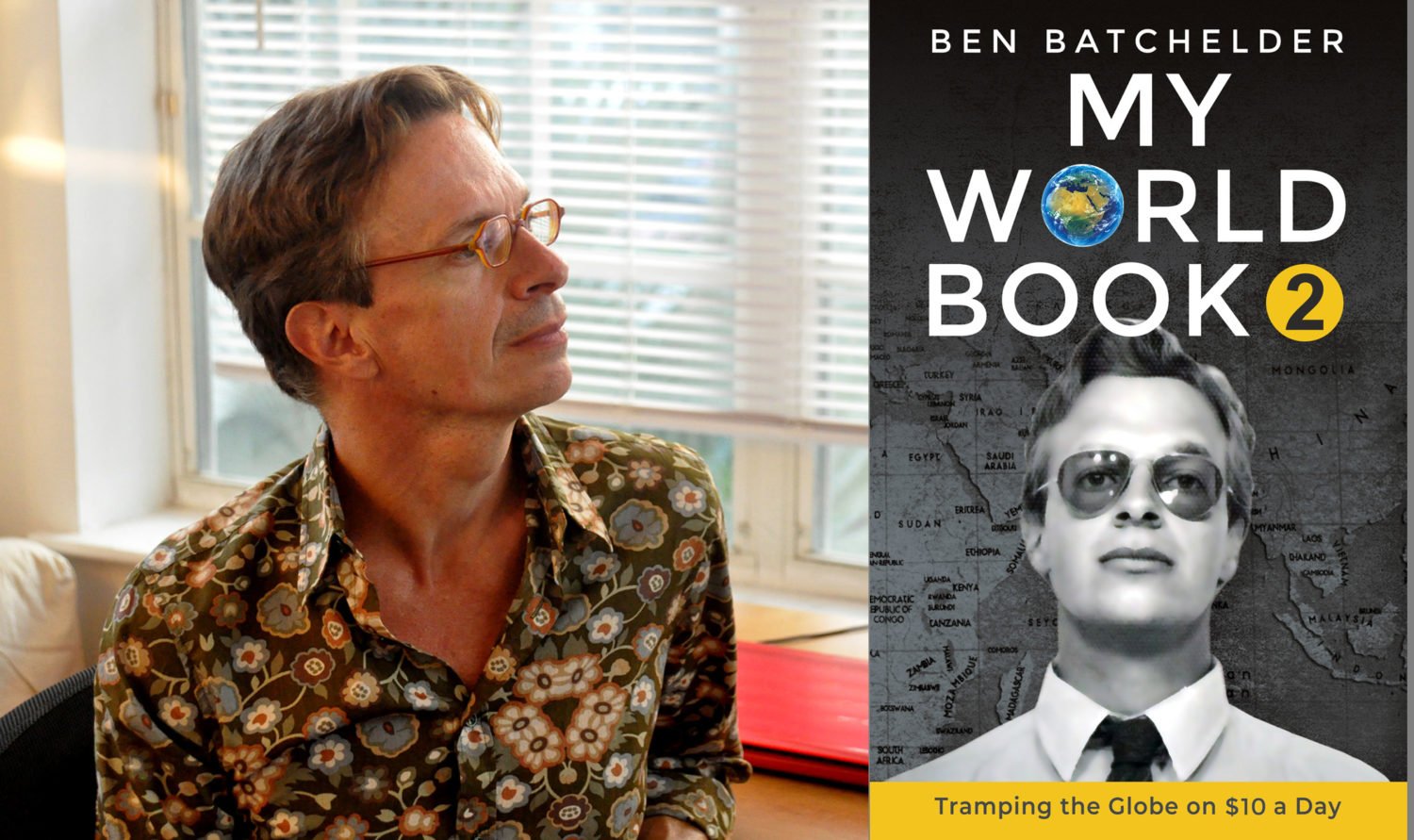 Local author Ben Batchelder launches the second and final of his My World Book series.  The first was successfully launched a year ago at Books & Books, to an overcapacity audience.

Fresh out of college, a lost American despairs of his new career, chaotic life, and diseased family. When an invitation to Scotland falls into the depths of a New York winter, he grabs at the chance to renew himself. On a whim, he decides to save money, fly to Europe, and travel east to the ends of the earth, on $10 a day for a year or more. Here is the story of his odyssey: staying at German castles; losing not one but two passports to thieves; disastrous brushes with lost bags, malicious customs officials, Cairo scam artists, and Thai police; dogged much of the time by illness. It is a tale of a young man losing his innocence, awakening politically, falling in love, and finding the support, and resourcefulness, to pull through the most dangerous miles of his life. 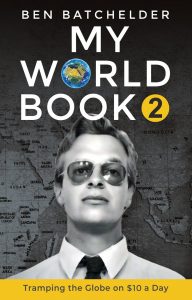 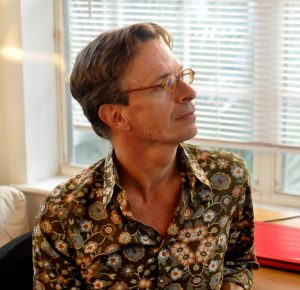 Ben Batchelder has traveled some of the world’s more remote roads.

Nothing in his background, from a degree in Visual & Environmental Studies at Harvard to an MBA from Wharton, adequately prepared him for the experiences. Yet he persists, for through such journeys life unfolds.

Having published three books that map the inner and exterior geographies of meaningful travel, he currently leads a bi-hemispheric life, as a mountain man in the hills of Minas Gerais, Brazil who comes down to the sea at Miami Beach, Florida.

His second travel yarn, “To Belém & Back,” received a starred review from Publishers Weekly.