Tony Orlando says of Simply Put! “This book is a guide to love, family and friendship that gives insights from one man’s lifelong search for love, acceptance and laughter.” He goes on to say “Johnny Mathis, David Bowie, Neil Diamond, and Dion are but a few icons who have recorded his thoughts and feelings, and I’m proud to say “yours truly” as well.”

This humor filled pocket book is a compilation of poetry, lyrics and personal feelings from one of Rock and Roll’s most prolific and legendary writers of the twentieth Century and today, Bob Feldman. You’ll discover a spirited page turner filled with wise words from an Author, Songwriter and Recording Artist of more than 50 million records sold worldwide. Bob’s songs, with their heartfelt lyrics and were born from his life experiences and relationships and have remained in the top 100 charts for over seven decades! Somewhere, someplace, sometime, anywhere in the world, a song written, produced, published or sung by Bob Feldman can be heard playing 24/7, 365 days of the year.

This book helps put a face to the anthems that are embedded in our hearts. The familiarity that the reader feels comes from knowing the author through his omnipresent music with titles like “My Boyfriend’s Back,” “Hang On Sloopy,” and “I Want Candy”. His tunes have become part of the soundtrack of our lives from radio, television and film on 45’s and 33’s, 8 track’s, cassettes, CD’s, DVD’s and more. Co-writer, consultant and confidante Craig-Strang Thompson says “Simply Put is a truthful, humorous, bittersweet, thought provoking collection of stories, poetry, and real feelings that will leave you wanting to know more about this fascinating and gifted man.”

Imagine if you will; sitting next to him as he recalls his stories first-hand. An original Wurlitzer Jukebox plays on with over one hundred songs bearing his name. Gold and platinum record awards and autographed photos from iconic recording artists who have recorded his songs surround you. Feldman reveals his most personal experiences with you. Tales which have previously been shared with only two other people in his lifetime: Tony Orlando, a friend for more than sixty years who encouraged him to write this book, and Dane Braden, who actually gave him the title. Take a brief, but thoroughly satisfying journey through the heart and mind of a sensitive storyteller with a self-deprecating sense of humor and none of the braggadocio befitting a rock and roll icon.

To be introduced by Tony Orlando 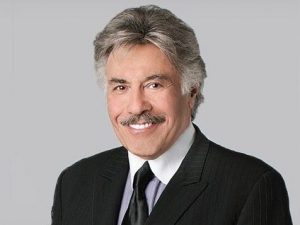 Following the TalkBack session, Bob will be sitting in with “Spanky & Dino” to perform his chart-topping hits “I Want Candy,” “Hang On Sloopy,” and Nighttime.” 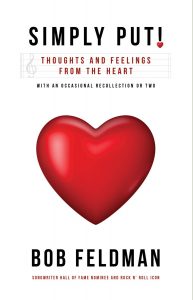 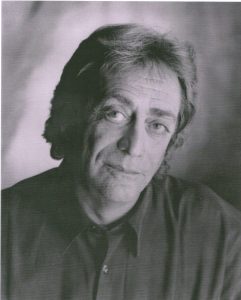 Bob Feldman is a Songwriter Hall of Fame nominee and rock and roll icon who was born on Flag Day, June 14th, 1940, in Brooklyn, New York.

Raised in an Orthodox Jewish home, he attended Yeshiva briefly, studying to become a cantor; however, he truly believed God had other plans for him. He went to Tilden High School, Thomas Jefferson, New Utrecht, and Erasmus. He ultimately graduated from Abraham Lincoln High School along with Neil Sedaka, The Tokens, and others. He was a member of Brooklyn’s All City Choir, along with Neil Diamond, Barbra Streisand, and Lainie Kazan.

As a senior in high school, he was a dancer on the Alan Freed Show (the king of rock and roll) where, along with his stickball buddy and writing partner of fifty years, Jerry Goldstein, wrote Freed’s theme song, “The Big Beat.” Bob’s first charted recording hit the charts in 1959 and his work has remained on the charts for seven decades. Between 1957 and 1962 Bob wrote, produced, and sang on dozens of records, the most memorable being the guys who put the “bomp in the bomp, bomp, bomp.”

In 1962 Feldman and Goldstein met an aspiring songwriter, Richard Gottehrer, and together formed F.G.G. Productions and Grand Canyon Music. Within a few years, the trio would become one of the hottest writing and producing teams in the music business.

In 1964 when the British Invasion took over the pop music charts, Feldman, out of necessity, invented “The Strangeloves,” the first Australian rock act to come to the US. The group consisted of three brothers from the Outback: Bob aka Miles, Richard aka Niles, and Jerry aka Giles Strange. Their recording of “I Want Candy” not only became a worldwide hit but also has been a major chart record in three decades, twenty years apart. In the past fifteen years “I Want Candy” has been one of the most-used songs on commercials, movies, trailers, and TV shows. “My Boyfriend’s Back,” written and produced by the trio in 1963, has been a Hess Truck theme song for the past thirty years.

Bob Feldman’s music is as relevant today, maybe more so, than it was over fifty years ago. Every day, 365 days of the year, someone somewhere in the world is playing a song either written, produced, or sung by Bob Feldman. He currently lives in Florida and is still writing.

Tony Orlando, American singer, songwriter, producer, music executive, and actor, known for the group Tony Orlando and Dawn and their 1970s hits “Candida,” “Knock Three Times,” and “Tie a Yellow Ribbon Round the Ole Oak Tree” will present the author and the book during the talk-back.