A fast-paced political thriller that expertly weaves three stories into a collision of intrigue, THE SHEPHERD’S CALCULUS examines what happens when the cornerstones of American identity—capitalism and religion—clash with its principals of justice. The story may be fiction but the themes are as true to life as they come with a plot centered on election meddling by a foreign power, the Catholic Church abuse scandal, and a deal made among various power players to get what they want. When journalist Peter Merrick is asked to write a eulogy for his mentor, Jesuit priest James Ingram, his biggest concern is doing right by the man. But when his routine research reveals disturbing ties to cases of abuse and clues to a shadowy deal that trades justice for power, everything he believed about his friend is called into question. With the US presidential election looming, incumbent Arthur Wyncott is quickly losing ground among religious voters. Meanwhile, Owen Feeney, head of the US Conference of Catholic Bishops, is facing a billion dollars payout to victims of sex abuse. When Feeney hits on a solution to both men’s problems, it seems the stars have aligned. That is until Ally Larkin—Wyncott’s brilliant campaign aide—starts to piece together the shocking details. When the line between right and wrong is blurred, how do you act, and whom do you save? 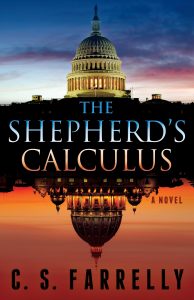 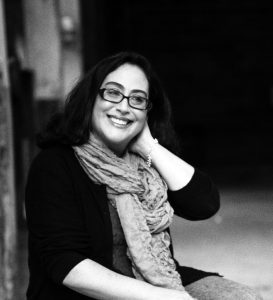 C.S. Farrelly was raised in Wyoming and Pennsylvania. A graduate of Fordham University (BA, English), her eclectic career has spanned a Wall Street investment bank, the NYC Department of Education and, most recently, the British Government’s Foreign & Commonwealth Office. She was a 2015 Presidential Leadership Scholar and obtained a master’s degree from Trinity College Dublin where she was a Senator George J. Mitchell Scholar. Her scholarly research has appeared in domestic and international academic journals and she has also freelanced for the various publications and websites. She has lived in NYC, Washington, DC, England and Ireland and now lives in Pennsylvania with her family. THE SHEPHERD’S CALCULUS is her first novel. For more information, find C.S. Farrelly on Facebook and Twitter or csfarrelly.com.