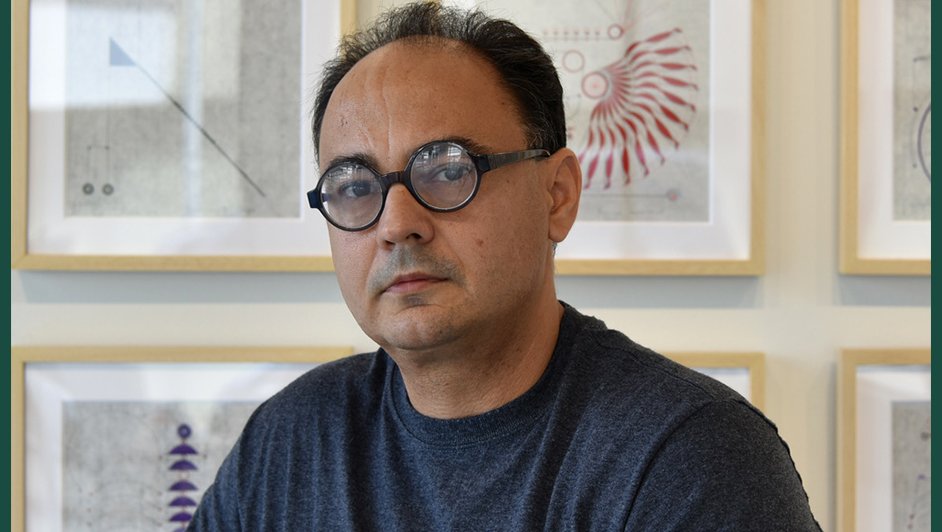 The art of Carlos Estévez reveals an interest in the link between human spirituality and the infinity of human experience. He explores notions of symbolism, time, anatomy, metaphysics and the cosmos in a quest for understanding that transcends the visual to enter the realm of the mind in complex works in different media.

Entelechy, from the Greek entelecheia, is a philosophical concept that addresses the transformation of an idea into a reality. The work of Carlos Estévez also makes actual this potential in images and objects. His art is the representation of a personal and unique vision that is a reflexive process, assimilating the world in order to reintegrate it once more into a cosmic vision that symbolizes the artist’s marks in the universe.  His fundamental sources have been encyclopedias as metaphors of confinement within an object (book) that comes from human knowledge, from which he acquires symbols and images to represent ideas about human existence.

The exhibition is guest-curated by Dr. Carol Damian, former Professor of Art and Art History and former Director and Chief Curator at the Patricia and Phillip Frost Art Museum at Florida International University. Dr. Damian is a specialist in the Art of Latin America and the Caribbean with many years of curatorial, writing, administrative, and professional experience in the arts.

Carlos Estévez: Entelechy, Works from 1992 to 2018 is accompanied by a full color, hardbound, catalogue with a foreword by TMA CEO, Jeremy Mikolajczak, and an essay by Dr. Carol Damian. The limited edition, hardcover catalogue consists of 200 pages, over 125 illustrations, is published by the Tucson Museum of Art and available for purchase ($50) in the museum store or museum website. 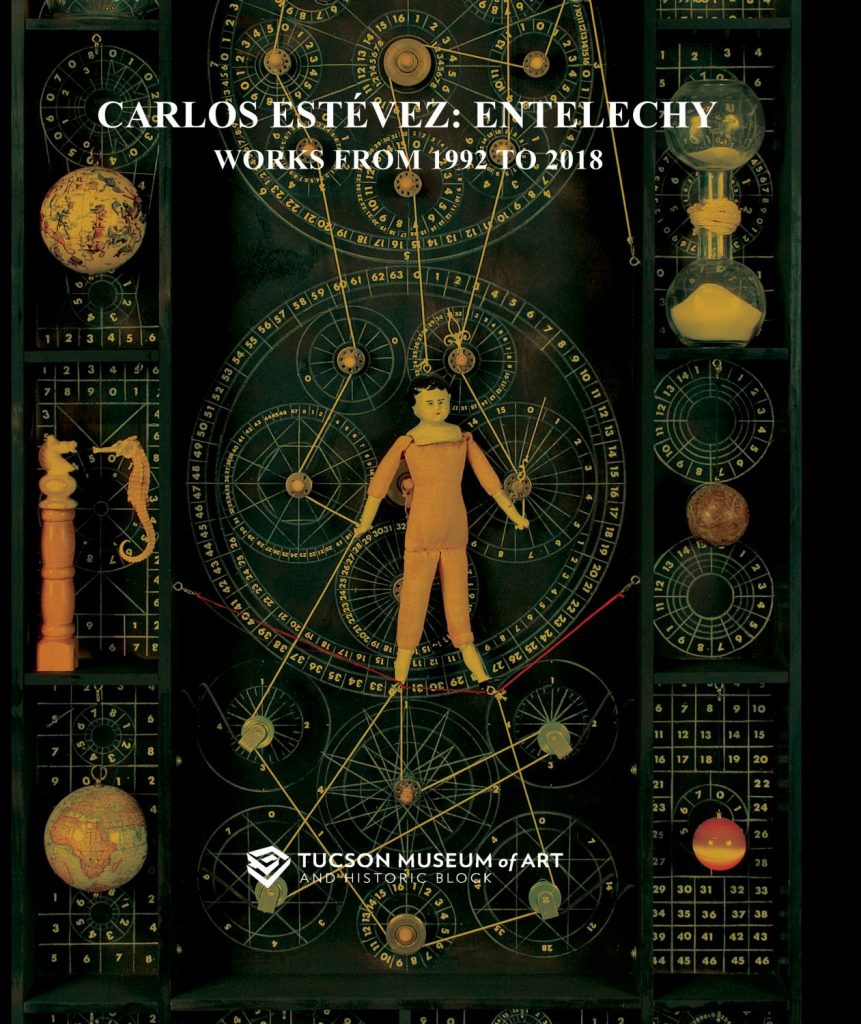 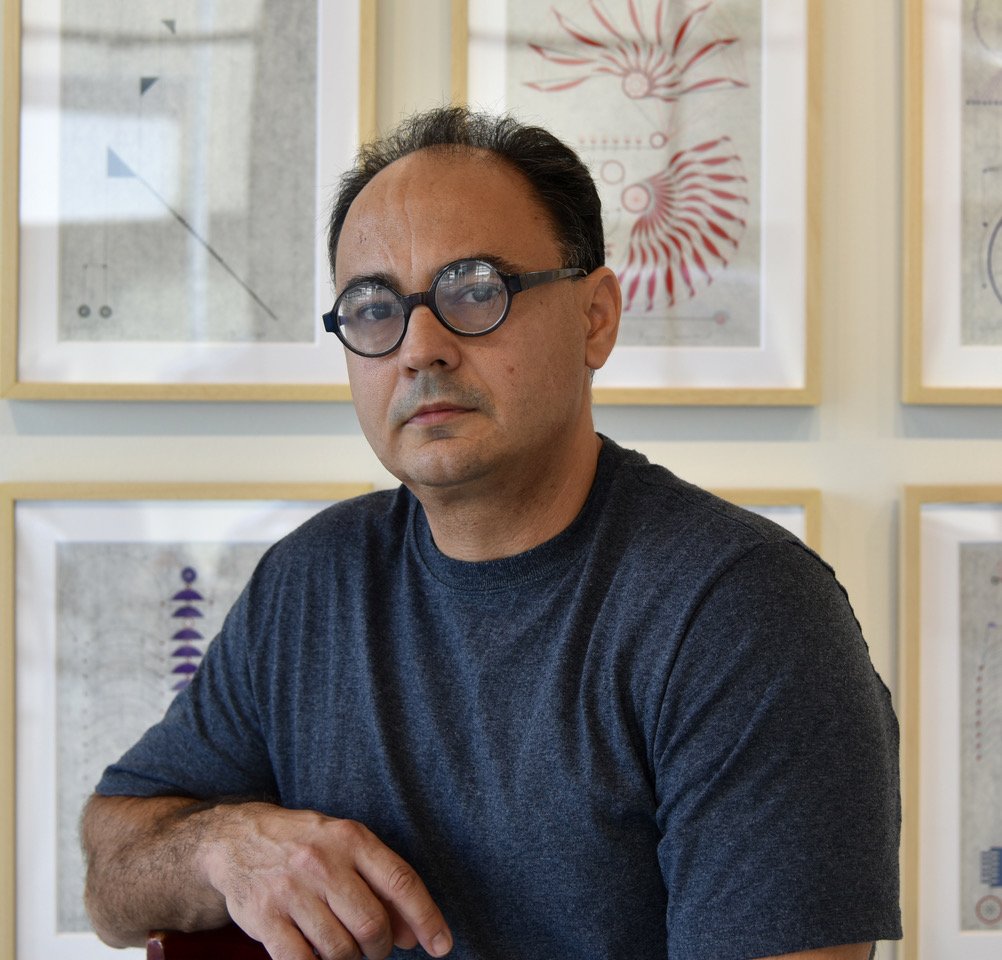 The spiritual universe of humanity is the theme present in all Carlos Estévez’s works. Within this universe, he sees human existence as part of the cosmic and infinite realm of mysteries. His meticulous and complex works pose endless questions that prompt a multitude of answers and interpretations. The intellectual and physical features of man are endowed with a symbolic content based on his own psychological and philosophical concepts and visions for the future. He creates unique ways to understand humanity – its scientific laws, religion, anatomy, language, astrology, machinery – through intricate drawings, paintings, objects and installations. Estévez uses a Renaissance artist’s preoccupation with structure to understand the scheme of things. His elaborate notebooks are reminiscent of medieval workbooks and Renaissance investigation into the nature of things. Each work is as encyclopedic as his sources, derived from a range of scholarly references in discourse with the history of art, metaphysics, hermetic literature, the ancients, architecture and astronomy. The human figure becomes the metaphor for subjects that range from insects to machinery to city plans. It is the soul of man’s existence that confounds the senses in works that are as imaginary as they are insightful.

A recipient of the Joan Mitchell Foundation Painters & Sculptors Grant and the Grand Prize in the First Salon of Contemporary Cuban Art in Havana, Carlos Estévez was born and raised in Cuba and moved to Miami in 2004, where he lives and works. He graduated from the University of Arts (ISA) in Havana in 1992. Solo exhibitions of his work have been presented at the National Museum of Fine Arts, Havana; Tucson Museum of Art, Tucson; The Patricia and Phillip Frost Art Museum at Florida International University, Miami; and Center of Contemporary Art, New Orleans. Estévez has participated in group exhibitions presented at the 6th and 7th Havana Biennials; the 1st Biennial of Martinique; Arizona State University Art Museum in Tempe; and several others. He has been an Artist-in-residence in Academia de San Carlos, UNAM, Mexico; Gasworks Studios, London, England; The UNESCO-ASCHBERG in The Nordic Artists’ Center in Dale, Norway; Art-OMI Foundation, New York; The Massachusetts College of Art, Boston; Cité Internationale des Arts, Paris; Montclair University, New Jersey; and McColl Center in Charlotte, NC, among other places. His work is included in numerous prestigious collections as those of the National Museum of Fine Arts, Havana; The Ludwig Forum, Aachen, Germany; The Bronx Museum, New York; Museum of Fine Art, Boston; Perez Art Museum Miami; Drammens Museum for Kunst of Kulturhistorie, Drammens, Norway; Arizona State University Art Museum; Fort Lauderdale Art Museum; The Patricia and Phillip Frost Art Museum at FIU, Miami; BNY Mellon Art Collection, New York; and The Lowe Art Museum, Miami. 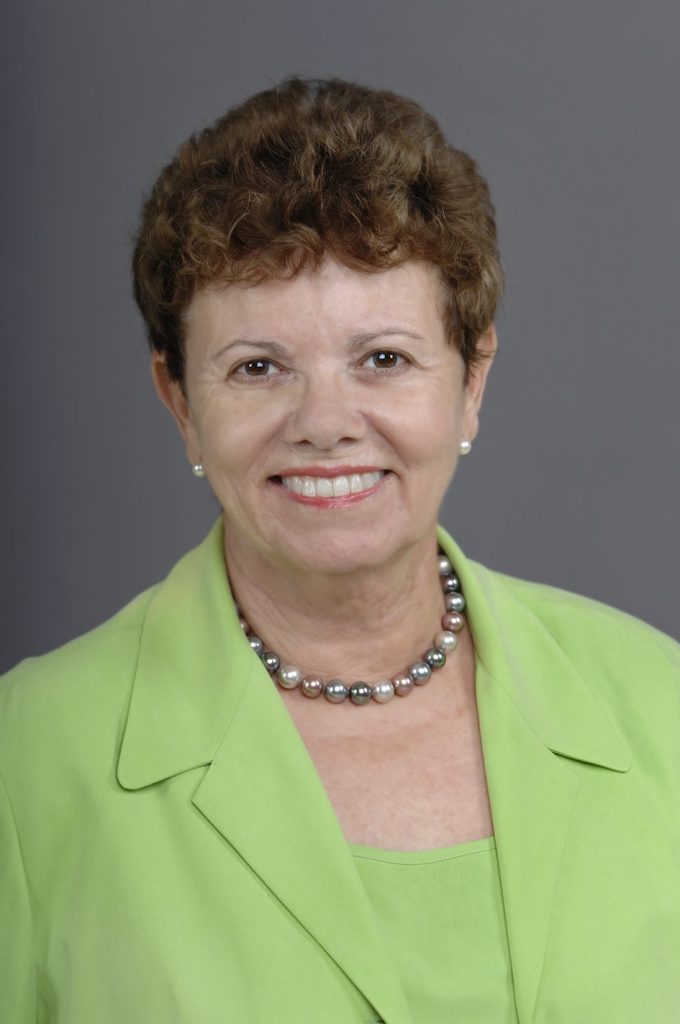 Dr. Carol Damian is the former Professor of Art History in the School of Art and Art History and former Director and Chief Curator of the Patricia and Phillip Frost Art Museum at Florida International University. She is a graduate of Wheaton College in Norton, Mass., and received her MA in Pre-Columbian Art and her Ph.D. in Latin American History from the University of Miami. A specialist in Latin American and Caribbean Art, her most recent work has been with Latin American Women and the Cuban exile artists, for whom she has written many catalogs and articles. She is the author of The Virgin of the Andes: Art and Ritual in Colonial Cuzco (Grassfield Press, 1995) and is the Miami correspondent for Art Nexus and Arte al Dia. She lectures frequently on Latin American and Caribbean art, has curated numerous exhibitions and is a consultant for US Customs/Homeland Security (ICE).

Cristina Nosti is an art lover who first met Carlos Estevez in La Habana, Cuba, during her visit to the island in May of 1994 for the Havana Biennial. She has followed his career since that time and is thrilled to be in conversation with him to celebrate the publication of his new book, CARLOS ESTEVEZ: ENTELECHY.