Public health can rightly claim its share of victories: healthier cities, widespread sanitation, broader availability of nutrient-rich food, and reductions in violence and injury. But for all these gains, today we face a new set of challenges, ones complicated by political and professional shifts that threaten to fundamentally change the health of populations.

Healthier is both an affirmation and an essential summary of the current challenges and opportunities for those working in and around the improvement of population health. The essays contained here champion an approach to health that is consequentialist and rooted in social justice — an expansion of traditional, quantitatively motivated public health that will both inform and inspire any reader from student to seasoned practitioner.

Galea’s cogent, incisive arguments guarantee that his perspective, currently at the forefront of public health, will soon become conventional wisdom.

Sandro Galea, MD, DrPH, is the Robert A. Knox Professor and Dean at the School of Public Health at Boston University. A physician and epidemiologist interested in the social production of health of urban populations, his work explores innovative cells-to-society approaches to population health questions with an overall aim of advancing a consequentialist approach to population health scholarship. He is a past president of the Society for Epidemiologic Research and an elected member of the National Academy of Medicine. He is the author or editor of Epidemiology Matters, Population Health Science, and Systems Science and Population Health, all from Oxford University Press. 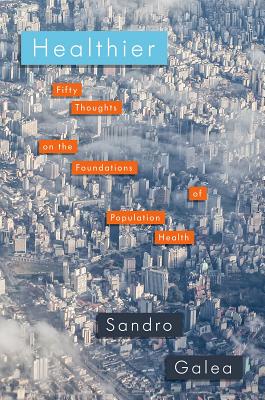