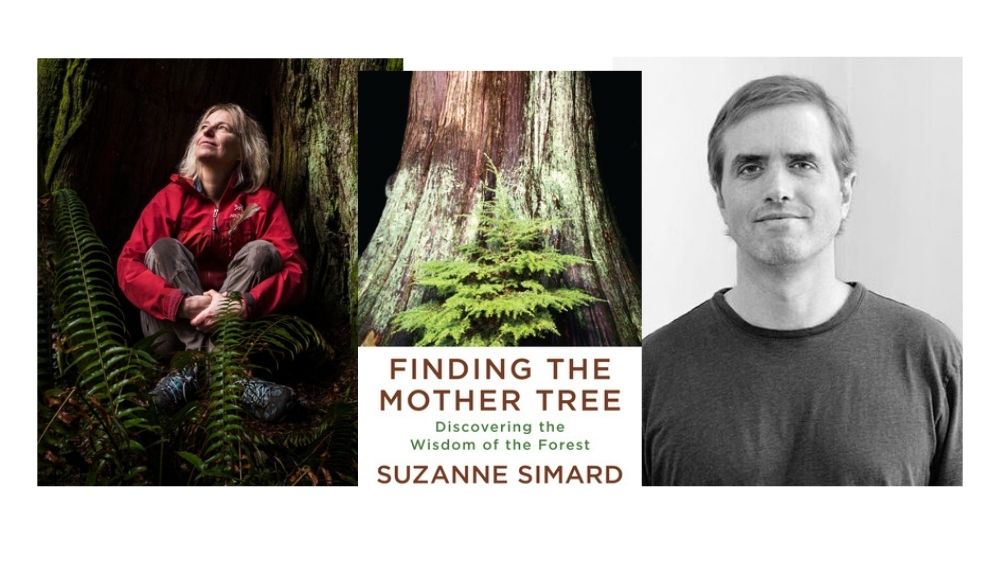 Finding the Mother Tree: An Evening with Suzanne Simard and Hamilton Cain

An Evening with Suzanne Simard

In conversation with Hamilton Cain

Finding the Mother Tree: Discovering the Wisdom of the Forest

From the world’s leading forest ecologist who forever changed how people view trees and their connections to one another and to other living things in the forest–a moving, deeply personal journey of discovery

Suzanne Simard is a pioneer on the frontier of plant communication and intelligence; she’s been compared to Rachel Carson, hailed as a scientist who conveys complex, technical ideas in a way that is dazzling and profound. Her work has influenced filmmakers (the Tree of Souls of James Cameron’s Avatar) and her TED talks have been viewed by more than 10 million people worldwide.

Now, in her first book, Simard brings us into her world, the intimate world of the trees, in which she brilliantly illuminates the fascinating and vital truths–that trees are not simply the source of timber or pulp, but are a complicated, interdependent circle of life; that forests are social, cooperative creatures connected through underground networks by which trees communicate their vitality and vulnerabilities with communal lives not that different from our own.

Simard writes–in inspiring, illuminating, and accessible ways–how trees, living side by side for hundreds of years, have evolved, how they perceive one another, learn and adapt their behaviors, recognize neighbors, and remember the past; how they have agency about the future; elicit warnings and mount defenses, compete and cooperate with one another with sophistication, characteristics ascribed to human intelligence, traits that are the essence of civil societies–and at the center of it all, the Mother Trees: the mysterious, powerful forces that connect and sustain the others that surround them.

Simard writes of her own life, born and raised into a logging world in the rainforests of British Columbia, of her days as a child spent cataloging the trees from the forest and how she came to love and respect them–embarking on a journey of discovery, and struggle. And as she writes of her scientific quest, she writes of her own journey–of love and loss, of observation and change, of risk and reward, making us understand how deeply human scientific inquiry exists beyond data and technology, that it is about understanding who we are and our place in the world, and, in writing of her own life, we come to see the true connectedness of the Mother Tree that nurtures the forest in the profound ways that families and human societies do, and how these inseparable bonds enable all our survival. 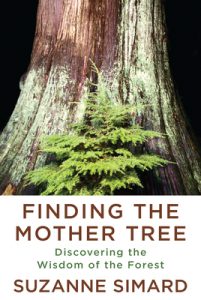 A former editor, HAMILTON CAIN is a regular contributor to the books section of Oprah Daily and also reviews fiction and nonfiction for the New York Times Book Review, Wall Street Journal, Washington Post, Boston Globe, Minneapolis Star Tribune and other venues. His memoir, This Boy’s Faith: Notes from a Southern Baptist Upbringing (Crown, 2011), was praised as “thoughtful, leisurely” by the Boston Globe and lauded by the New York Times Book Review: “Cain excels at portraying the confusing miasma of childhood . . . his prose complements this delicate inquiry, simultaneously exhibiting grace and exactitude.” He lives with his family in Brooklyn, New York.