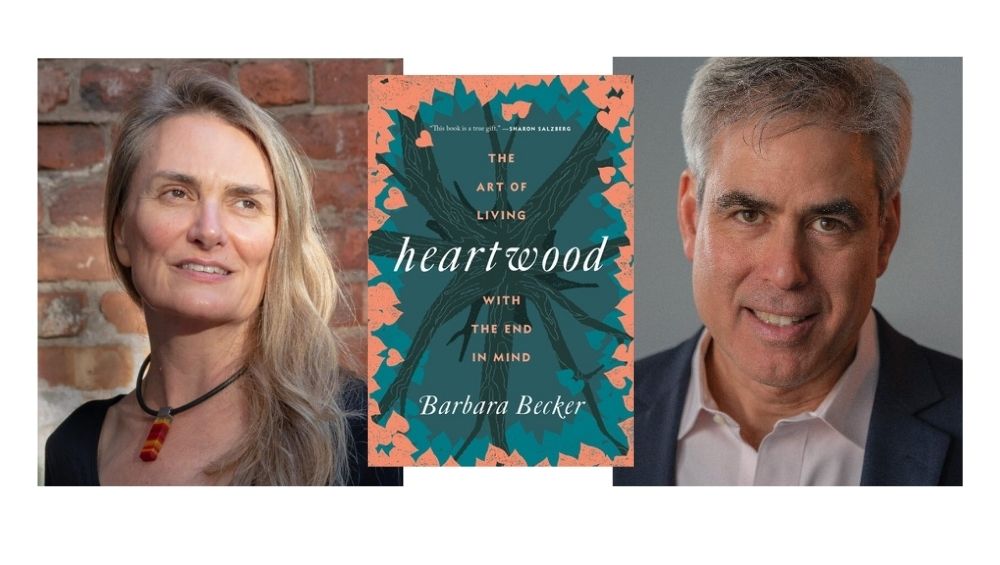 Heartwood: A Virtual Event with Barbara Becker and Jonathan Haidt

A Virtual Event with Barbara Becker

In conversation with Jonathan Haidt

Heartwood: The Art of Living with the End in Mind

“We can do extraordinary things when we lead with love,” Barbara Becker reminds us in her debut memoir Heartwood.

When her earliest childhood friend is diagnosed with a terminal illness, Becker sets off on a quest to immerse herself in what it means to be mortal. Can we live our lives more fully knowing some day we will die?

With a keen eye towards that which makes life worth living, interfaith minister, mom and perpetual seeker Barbara Becker recounts stories where life and death intersect in unexpected ways. She volunteers on a hospice floor, becomes an eager student of the many ways people find meaning at the end of life, and accompanies her parents in their final days.

Becker inspires readers to live with the end in mind and proves that turning toward loss rather than away from it is the only true way to live life to its fullest. Just as with the heartwood of a tree—the central core that is no longer alive yet supports the newer growth rings—the dead become an enduring source of strength to the living.

With life-affirming prose, Becker helps us see that that grief is not a problem to be solved, but rather a sacred invitation—an opportunity to let go into something even greater…a love that will inform all the days of our lives. 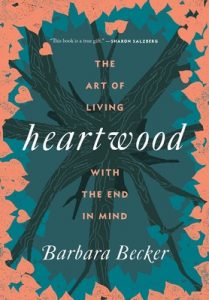 Barbara Becker is a writer and interfaith minister who has dedicated over 25 years to partnering with human rights advocates around the world in pursuit of peace, spirituality, and everyday mindfulness. She has worked with the United Nations, Human Rights First, the Ms. Foundation for Women, and the Grameen Bank of Bangladesh, and has participated in a delegation of Zen Peacemakers and Lakota elders in the sacred Black Hills of South Dakota. She lives in New York City with her interfaith family.

Jonathan Haidt (pronounced “height”) is a social psychologist at New York University’s Stern School of Business. He received his Ph.D. from the University of Pennsylvania in 1992, and taught for 16 years in the department of psychology at the University of Virginia

Haidt’s research examines the intuitive foundations of morality, and how morality varies across cultures––including the cultures of  progressive, conservatives, and libertarians. His goal is to help people understand each other, live and work near each other, and even learn from each other despite their moral differences. Haidt has co-founded a variety of organizations and collaborations that apply moral and social psychology toward that end, including HeterodoxAcademy.org, OpenMindPlatform.org, and EthicalSystems.org.

Haidt is the author of The Happiness Hypothesis: Finding Modern Truth in Ancient Wisdom, and of The New York Times bestsellers The Righteous Mind: Why Good People are Divided by Politics and Religion, and The Coddling of the American Mind: How Good Intentions and Bad Ideas are Setting Up a Generation for Failure (co-authored with Greg Lukianoff). He has written more than 100 academic articles. In 2019 he was inducted into the American Academy of Arts and Sciences, and was chosen by Prospect magazine as one of the world’s “Top 50 Thinkers.”  He has given four TED talks.