Happy Birthday to…Who? The Definitive No Holds Barred Father’s Guide to Surviving Kids’ Birthday Parties pulls no punches. Men are miserable at children’s birthday parties, and yet they are forced to spend every precious weekend for the first 12 years of their children’s lives attending these nightmares. The kids have a great time, the women talk about…whatever it is women talk about…and the men, the fathers, are in Hell. This book is a self-help survival guide and a rant and a half. It will save many lives. Maybe. 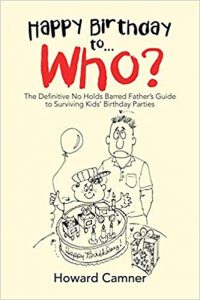 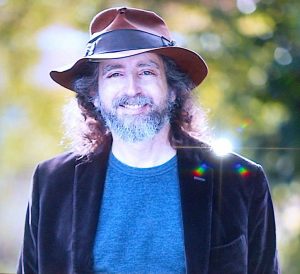 Howard Camner is the author of 20 poetry books including the Pulitzer Prize nominated Poems from the Mud Room and the acclaimed autobiography Turbulence at 67 Inches. His books, and sound recordings of his work, are in prominent literary archives worldwide including historical archives in the United States and royal collections in Great Britain. He was a founding member of The West End Poetry Troupe and The Literary Outlaws in New York. He was named “Best Poet” in the New Times “Best of Miami” edition of 2007 and was inducted into the MDC Hall of Fame for Literary Arts in 2014. His comedy play “Flaming Floss” was featured at Edward Albee’s Last Frontier Theatre Conference in 2003. He received the Albert Nelson Marquis Lifetime Achievement Award in 2018. Camner’s 1980s comedy cable talk show “Life is a 4 Letter Word” is housed in the Paley Center for Media in New York, the Barco Cable Television Archives, and the UCLA Film and Television Archives.