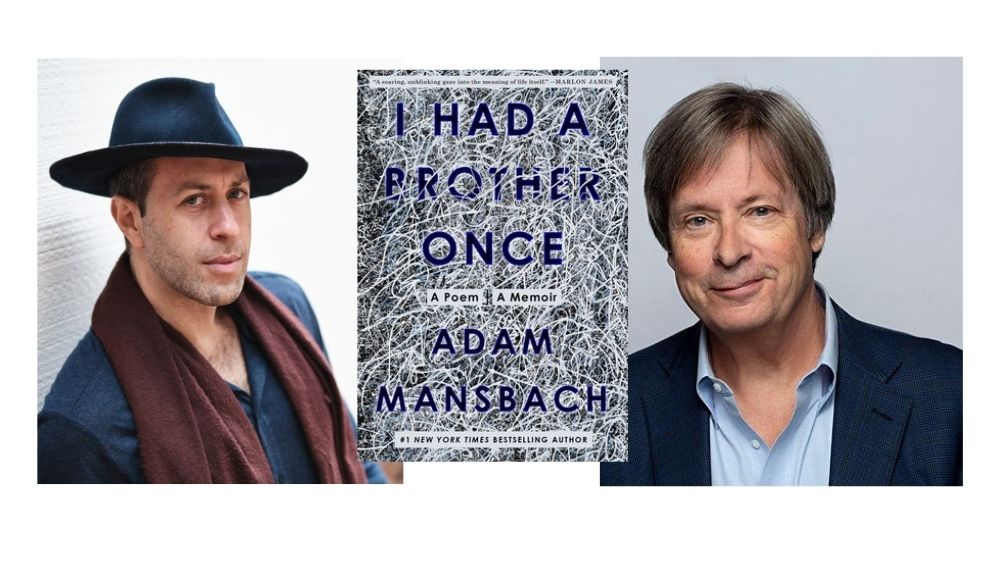 I Had a Brother Once: An Evening with Adam Mansbach and Dave Barry

An Evening with Adam Mansbach

In conversation with Dave Barry

I Had a Brother Once: A Poem, A Memoir

A brilliant, genre-defying work—both memoir and epic poem—about the struggle for wisdom, grace, and ritual in the face of unspeakable loss.

“A bruised and brave love letter from a brother right here to a brother now gone . . . a soaring, unblinking gaze into the meaning of life itself.”—Marlon James, author of Black Leopard, Red Wolf

david has taken his own life

Adam is in medias res—in the middle of his own busy life, and approaching a career high in the form of a #1 New York Times bestselling book—when these words from his father open a chasm beneath his feet. I Had a Brother Once is the story of everything that comes after. In the shadow of David’s inexplicable death, Adam is forced to re-remember a brother he thought he knew and to reckon with a ghost, confronting his unsettled family history, his distant relationship with tradition and faith, and his desperate need to understand an event that always slides just out of his grasp. This is an expansive and deeply thoughtful poetic meditation on loss and a raw, darkly funny, human story of trying to create a ritual—of remembrance, mourning, forgiveness, and acceptance—where once there was a life. 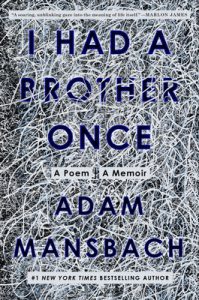 Adam Mansbach is the author of the #1 New York Times bestseller Go the F**k to Sleep, which has been translated into forty languages and sold over three million copies worldwide, as well as the novels Rage Is Back, Angry Black White Boy, and The End of the Jews, winner of the California Book Award. Mansbach wrote the award-winning screenplay for the Netflix Original Barry and adapted his Jake the Fake Keeps it Real series for Disney+ and DL Hughley’s How Not to Get Shot for Comedy Central. His next feature film SUPER HIGH, starring Andy Samberg, Craig Robinson and Common, is forthcoming from New Line. Mansbach’s work has appeared in The New Yorker, New York Times Book Review, Esquire, The Believer, The Guardian, and on National Public Radio’s This American Life, The Moth, and All Things Considered.

Dave Barry is the author of more bestsellers than you can count on two hands, including Lessons From Lucy, Dave Barry’s Complete Guide to Guys, Dave Barry Turns 40, and Dave Barry Is Not Making This Up. A wildly popular syndicated columnist best known for his booger jokes, Barry won the 1988 Pulitzer Prize for commentary. He lives in Miami.