“Aronson writes like a memoirist while giving us scientific insight, philosophical wisdom, and wise counsel for a journey and destination we all share.” —Abraham Verghese, author of Cutting for Stone

“[A] penetrating meditation on geriatrics … Aronson’s deep empathy, hard-won knowledge, and vivid reportage makes for one of the best accounts around of the medical mistreatment of the old.” —Publishers Weekly (starred review)

“Empathetic, probing, and often emotionally moving narratives on appreciating the power and the pain of aging.” —Kirkus Reviews (starred review)

With modern increases in human lifespans, the period of elderhood—what Aronson calls the third and final stage of life, after childhood and adulthood—may now span forty years of our lives or more. But in American society, at the very moment that we are living longer than ever before, we have turned old age into a disease, a condition to be dreaded, disparaged, neglected, and denied, as we try to avoid the signs of our own aging and mortality. Throughout ELDERHOOD, Aronson shares anecdotes from her twenty-five years of caring for patients, and from her personal experiences of getting older and watching her parents age. From what these experiences have taught her, she envisions a large-scale shift in society’s—and medicine’s—attitude toward aging, made up of crucial adjustments in how we see the changes in each other’s and our own bodies, how we care for older people, how we set doctors’ salaries and bill patients, and ultimately, how we conceive of the final third of life. Not as an ending or decline, but as yet another stage of life with its hardships and challenges, opportunities and joys.

With ELDERHOOD, Aronson urges us to re-examine the meaning of aging and to reframe our later decades to better prepare for and thrive in those final years. In vivid and evocative writing, she speaks to doctors and laypeople, the aged and aging, their children and their children—anyone who will be old one day, which in theory, is all of us. 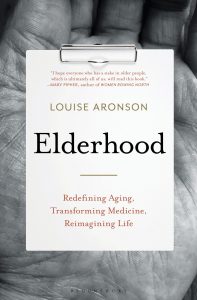 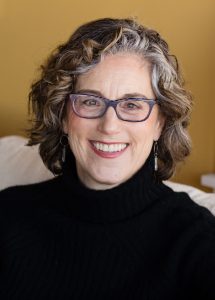 Louise Aronson, MD, is the author of the story collection A History of the Present Illness and a geriatrician, educator, and professor of medicine at the University of California, San Francisco (UCSF), where she directs UCSF Medical Humanities. A graduate of Harvard Medical School and the MFA Program for Writers at Warren Wilson College, Dr. Aronson has received numerous awards for her medical work, teaching, educational research, and writing. She is the recipient of a MacDowell fellowship and four Pushcart nominations for her fiction, and her articles and stories have appeared in many publications, including The New York Times, New England Journal of Medicine, Lancet, and Bellevue Literary Review. She is also the keynote speaker for the Miami Alliance on Aging’s 2020 conference. She lives in San Francisco.