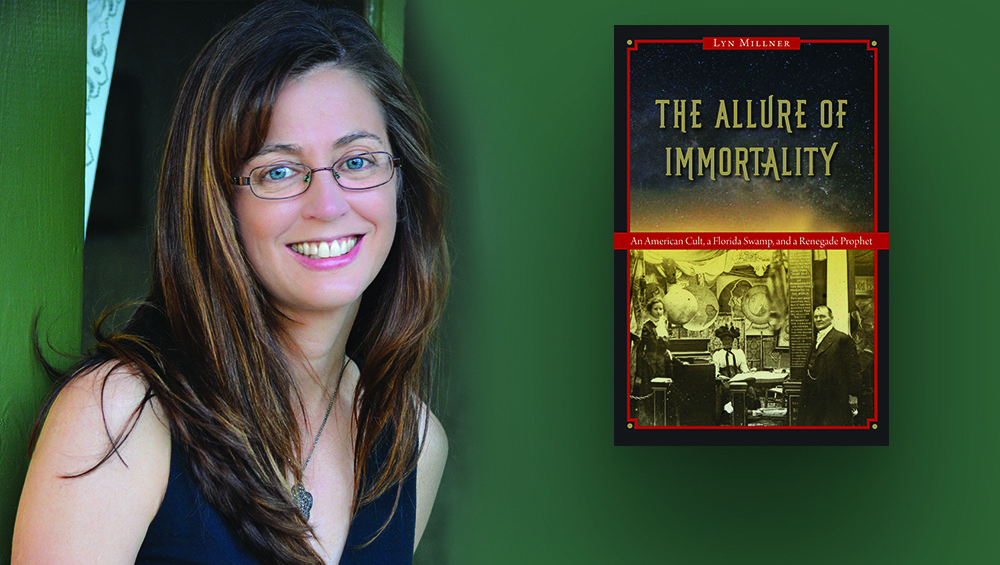 For five days in December 1908 the body of Cyrus Teed lay in a bathtub at a beach house just south of Fort Myers, Florida. His followers, the Koreshans, waited for signs that he was coming back to life. They watched hieroglyphics emerge on his skin and observed what looked like the formation of a third arm. They saw his belly fall and rise with breath, even though his swollen tongue sealed his mouth. As his corpse turned black, they declared that their leader was transforming into the Egyptian god Horus.

Teed was a charismatic and controversial guru who at the age of 30 had been “illuminated” by an angel in his electro-alchemical laboratory. At the turn of the twentieth century, surrounded by the marvels of the Second Industrial Revolution, he proclaimed himself a prophet and led 200 people out of Chicago and into a new age. Or so he promised.

The Koreshans settled in a mosquito-infested scrubland and set to building a communal utopia inside what they believed was a hollow earth–with humans living on the inside crust and the entire universe contained within. According to Teed’s socialist and millennialist teachings, if his people practiced celibacy and focused their love on him, he would return after death and they would all become immortal.

Was Teed a visionary or villain, savior or two-bit charlatan? Why did his promises and his theory of “cellular cosmogony” persuade so many? In The Allure of Immortality, Lyn Millner weaves the many bizarre strands of Teed’s life and those of his followers into a riveting story of angels, conmen, angry husbands, yellow journalism, and ultimately, hope. 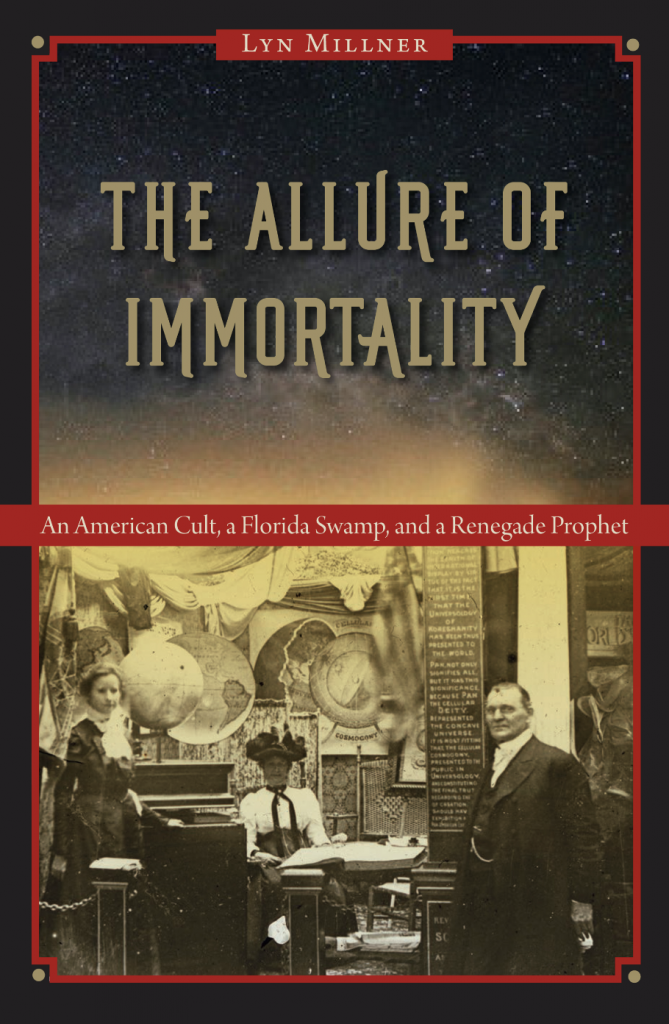 Lyn Millner is associate professor of journalism at Florida Gulf Coast University. She has written and produced stories for NPR’s Morning Edition, the New York Times, USA Today, the Miami Herald, Oxford American, and others.

“Relates the headshaking tale of how [Cyrus] Teed converted two hundred seekers into celibate Koreshans and led them from Chicago to a Southwest Florida promised land, based on a religion-science . . . and the irresistible idea that the entire universe was contained in a hollow earth.”—Foreword Reviews

“What Lyn Millner does in her outstanding new book . . . is meticulously winnow truth from myth as she fleshes out the characters who were the Koreshans. . . . The result is an account that’s as exhaustive as it is interesting. Millner approaches her subject with an appealingly contemporary voice and sensibilities.”—Fort Myers News-Press

“Millner’s writing is historical journalism at its finest. . . . The Allure of Immortality interweaves the stories of Teed, his followers, the press, turn of the century society, and the harsh and beautiful landscape of southwest Florida.”—Florida Book Review

“The story is fantastic enough to captivate anyone.”—Gulfshore Life

“Brilliantly written and strangely moving. Millner has resurrected the lost history of a cult devoted to a utopian vision as pure as it was outlandish.”—Steve Almond, author of God Bless America: Stories

“A fascinating look at the American search for meaning and ultimate answers. Millner writes with grace and makes history an adventure.”—Dan Wakefield, author of New York in the Fifties

“Teed may have wanted a shiny new world, but what Millner provides is a guide to an old lost one, a picture of a vanished century when science, religion, journalism, and social movements collided in an unending, and totally fascinating, brawl.”—Madeleine Blais, author of In These Girls, Hope is a Muscle

“Those seeking an understanding of what makes otherwise sensible individuals willing to give up everything in service of the apparently outlandish notions of a charismatic true believer like Teed will find this carefully researched volume satisfying and memorable.”—Les Standiford, author of Last Train to Paradise: Henry Flagler and the Spectacular Rise and Fall of the Railroad that Crossed an Ocean

“A riveting tale of a long-neglected part of Florida’s history. Written with style and panache, this well-researched book is a terrific read.”—Susan and Martin Tolchin, coauthors of Pinstripe Patronage: Political Favoritism from the Clubhouse to the White House and Beyond

“Millner’s marvelous chronicle of the peripatetic and resolute Koreshans is provocative, intriguing, and so much stranger than fiction. You may pause, you may shake your head, you may throw up your arms, but you will not put down this book until you’re done.”—John Dufresne, author of No Regrets, Coyote: A Novel