Ever been robbed via canal? Divorced on the 95 express bus? Had your car break-down on an off-ramp?

This anthology of “only in Miami” stories embraces the entire, zany experience of getting around in Miami.

Edited with Introduction by Lynne Barrett

Lynne Barrett is the award-winning author of Magpies and editor of Making Good Time: True Stories of How We Do, and Don’t, Get Around in South Florida. She teaches at Florida International University and edits The Florida Book Review. 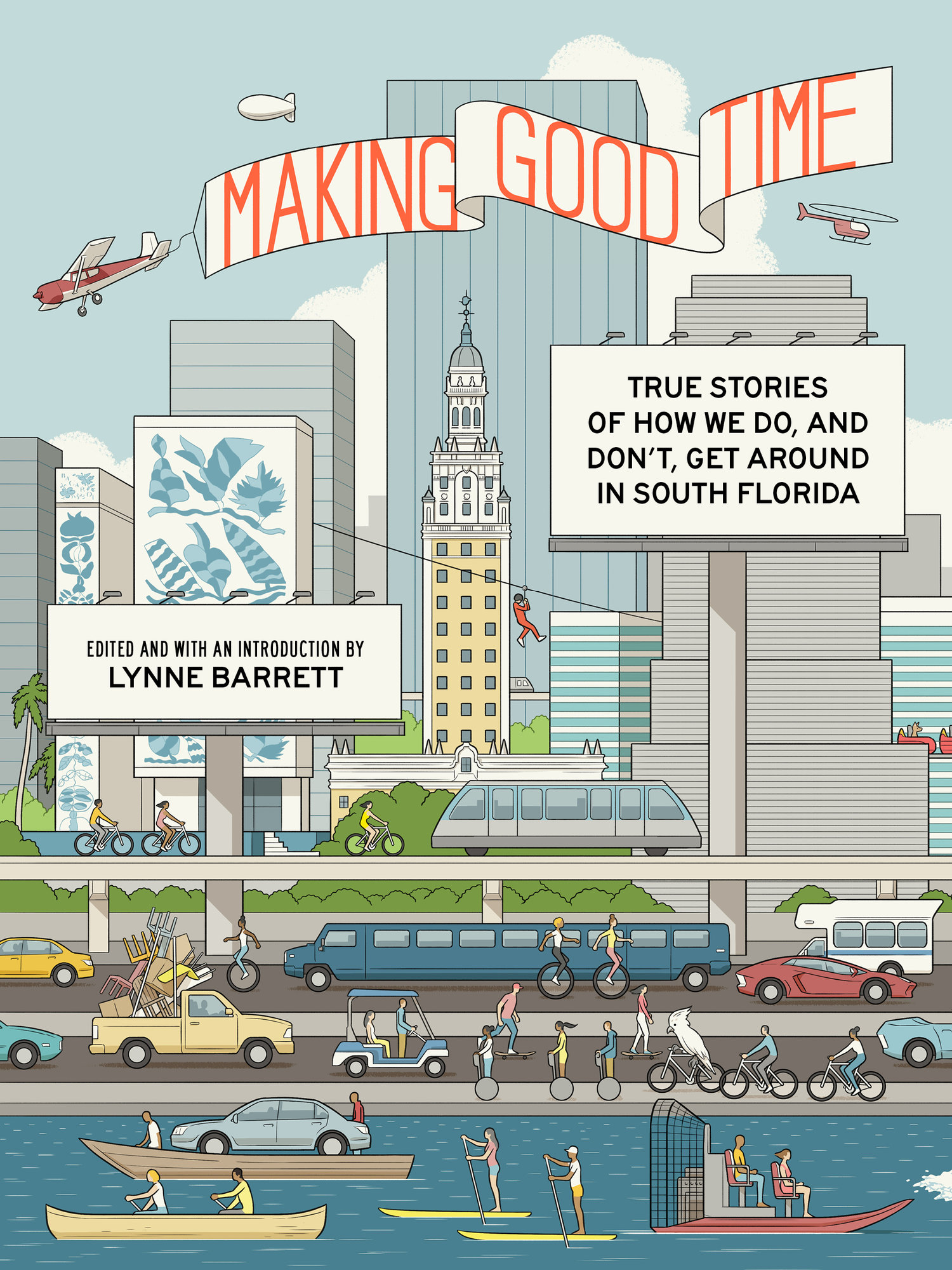 Madeleine Blais (born 1946) is an American journalist, author and professor in the University of Massachusetts Amherst’s journalism department. As a reporter for the Miami Herald, Blais earned the Pulitzer Prize for Feature Writing in 1980. Selected by President Obama to be the fifth inaugural poet in history, Richard Blanco is  the youngest, first Latino, first immigrant, and first openly gay person to serve in the role, he read his inaugural poem, “One Today” on January 21, 2013. Blanco and his family arrived in Miami as exiles from Cuba through Madrid where he was born. The negotiation of cultural identity and universal themes of place and belonging, characterize his three collections of poetry. Anjanette Delgado is an Emmy Award-winning writer and television producer and two-time winner of the Latino International Book Award. She lives in Miami. Les Standiford is the author of the bestselling Last Train to Paradise: Henry Flagler and the Spectacular Rise and Fall of the Railroad that Crossed an Ocean, Water to the Angels: William Mulholland, His Monumental Aqueduct, and the Rise of Los Angeles, and Meet you in Hell: Andrew Carnegie, Henry Clay Frick, and the Bitter Partnership that Transformed America, among many other works of fiction and nonfiction. He lives with his wife, Kimberly, in Florida. Norma Watkins has a Ph.D. in English and an M.F.A. in Creative Writing, which she teaches at College of the Redwoods in Fort Bragg, CA. She’s has a memoir, The Last Resort: Taking the Mississippi Cure, and publishes short, quirky pieces for the St. Pete Times.

Lynne Barrett is the award-winning author of Magpies and editor of Making Good Time: True Stories of How We Do, and Don’t, Get Around in South Florida. She teaches at Florida International University and edits The Florida Book Review.