In his sixties, Michel loses first his father and then his mother, one after the other, in the space of four years…

On top of the obvious pain of missing them, for Michel, a whole world disappears, the last link he had with his family’s history: Deported grandparents, aunts and cousins, all murdered, swallowed up in the abyss of the Shoah, their silence screaming this absence.

In order to find them again, Michel decides to reconstruct their last journey, and to get to know them by watching them live, by recreating the world of the months that preceded their « Final » disappearance…

Claude Rosen, a famous producer, accompanies him, haunted as he is by the memory of his mother, who was arrested brutally, and who screamed and insulted the policemen so as to keep them away from the cupboard under the stairs where she had hidden her son…

On a theatre stage, they will make this journey together, in a broken down box car in which, thanks to the light that filters through the cracks,

we can observe the fragile and touching life of their family members, and that of a few other passengers that it contains, during the three days and two nights from Drancy to Auschwitz.

The testimonies of these beings and their feelings, punctuated by the infernal noise of the wheels and the cries of survival engrave themselves forever onto the white pages of the soul, with an invisible ink just as indelible as a number tattooed onto a forearm.

Everywhere these fires are being lit again: racism, antisemitism, homophobia, hatred of the other, of the old, of the young, of the handicapped, of anyone who is different…

In the heart of men, the Wagon is still on the move! 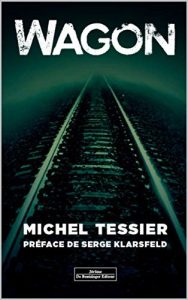 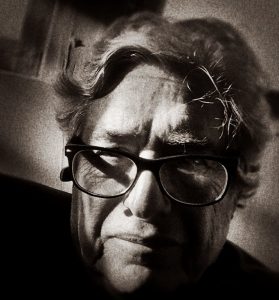 Born in Paris, Michel Tessier lives in Miami Beach, he starts out as a press photographer, travels a great deal, sometimes to war zones. His career takes him to the world of fashion where he works for many different magazines and advertisement agencies.

In October 2010, Michel Tessier has his book « Itinéraire d’un Amendement Voté » » published by: Editions Jérôme Do Bentzinger, and shortlisted for the Prix Edgar Faure. It tells the story of the long and painful struggle of a family who – with the help of associations and elected officials – fights to get a law voted concerning the schooling of disabled children and special needs teachers.

In March 2011, Michel Tessier has a second book published by Jérôme Do Bentzinger: « Elévator » a comedy set in the world of football from Marseilles to Paris, which reflects on « Living together» in this world.

« Sagamore Le dossier After Shave » will Follows, Published by Editions Artalys, The story of Sagamore a Chaman who used his great powers helping the Police to catch a Serial Killer.