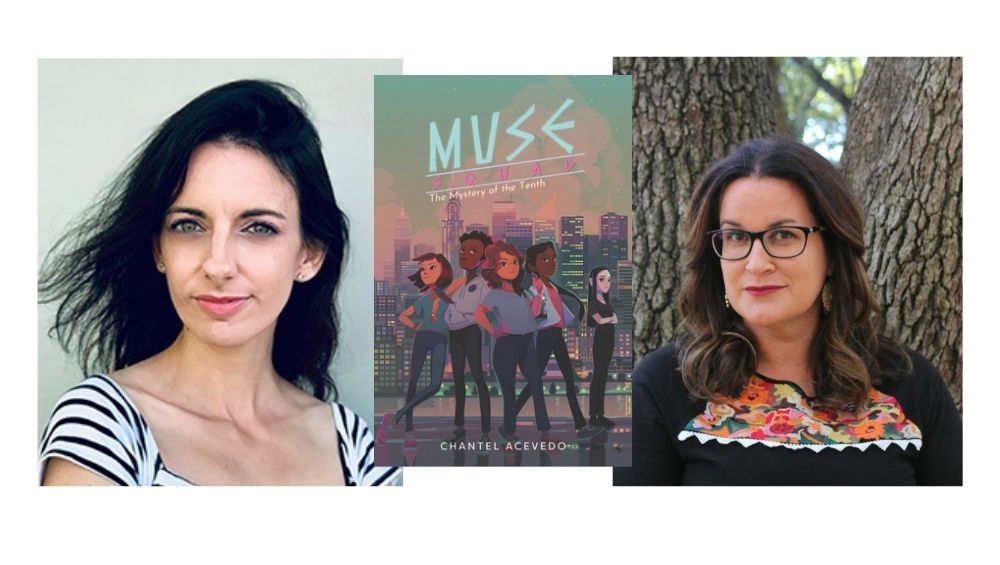 Muse Squad: An Evening with Chantel Acevedo and Adrianna Cuevas

An Evening with Chantel Acevedo

In conversation with Adrianna Cuevas

Muse Squad: The Mystery of the Tenth

The finale of an action-packed middle grade fantasy duology about a young Cuban American girl who discovers that she’s one of the nine muses of Greek mythology. Perfect for fans of The Serpent’s Secret, the Aru Shah series, and the Percy Jackson and the Olympians series.

Callie Martinez-Silva is finally getting the hang of this whole goddess within thing. Six months after learning she was one of the nine muses of ancient myth, she and the other junior muses are ready for new adventures. Except first Callie has to go to New York City for the summer to visit her dad, stepmom, and new baby brother.

Then the muses get startling news: an unprecedented tenth muse has been awakened somewhere in Queens, putting Callie in the perfect position to help find her. And she’ll have help—thanks to a runaway mold problem in London, Muse Headquarters is moving to the New York Hall of Science.

Now Callie and her friends have to make a choice: follow orders and find the tenth muse or trust that sometimes fate has other plans. 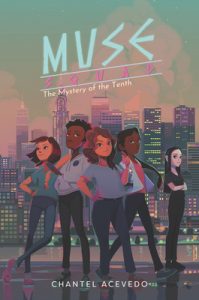 Chantel Acevedo was born in Miami to Cuban parents. She is the acclaimed author of adult novels, including The Distant Marvels, which was a finalist for the Andrew Carnegie Medal for Excellence in Fiction, and she is also a professor of English at the University of Miami, where she directs the MFA program. Muse Squad: The Cassandra Curse is her debut middle grade novel. Chantel lives with her personal Muse Squad, aka her family, in Florida. You can visit her online at www.chantelacevedo.com.

Adrianna Cuevas is the author of the Pura Belpre Honor book, The Total Eclipse of Nestor Lopez, and the upcoming Cuba in My Pocket (9/21/21). She is a first-generation Cuban-American originally from Miami, Florida. A former Spanish and ESOL teacher, Adrianna currently resides in Austin, Texas with her husband and son.