How is that when scientists need some piece of mathematics through which to frame their theory, it is there to hand? What has been called ‘the unreasonable effectiveness of mathematics’ sets a challenge for philosophers. Some have responded to that challenge by arguing that mathematics is essentially anthropocentric in character, whereas others have pointed to the range of structures that mathematics offers. Otavio Bueno and Steven French offer a middle way, which focuses on the moves that have to be made in both the mathematics and the relevant physics in order to bring the two into appropriate relation. This relation can be captured via the inferential conception of the applicability of mathematics, which is formulated in terms of immersion, inference, and interpretation. In particular, the roles of idealisations and of surplus structure in science and mathematics respectively are brought to the fore and captured via an approach to models and theories that emphasize the partiality of the available information: the partial structures approach. The discussion as a whole is grounded in a number of case studies drawn from the history of quantum physics, and extended to contest recent claims that the explanatory role of certain mathematical structures in scientific practice supports a realist attitude towards them. The overall conclusion is that the effectiveness of mathematics does not seem unreasonable at all once close attention is paid to how it is actually applied in practice. 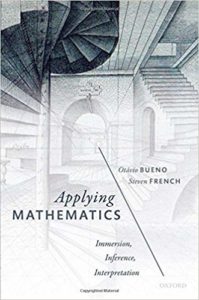 OTAVIO BUENO taught in California and South Carolina before moving to the University of Miami, where is now Professor of Philosophy and Chair of the Philosophy Department. He works in the philosophies of science, of mathematics and of logic, epistemology, and philosophy of art, and is the author of many books and articles. He is Editor-in-Chief of Synthese.