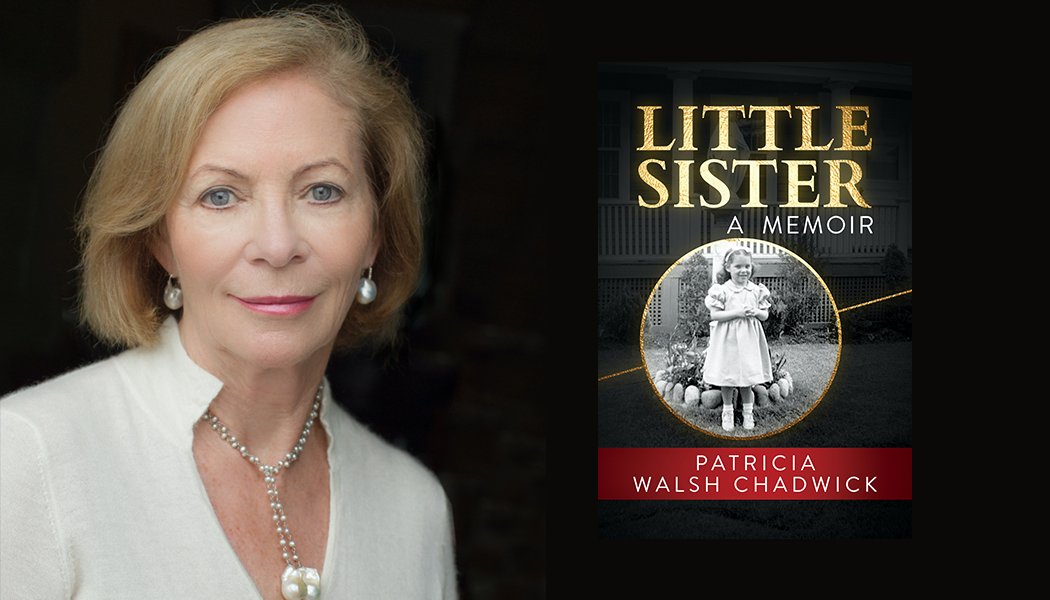 Founded in 1940, Saint Benedict Center began as a Catholic meeting place, a stone’s throw from Harvard Square, where students from Harvard and Radcliffe as well as other local colleges could gather for enlightening lectures and lively discussions on matters of philosophy, ethics, and theology. Over the next two decades, the Center evolved from a community of devout Catholics, committed to fellowship and faith, into a rigid, sequestered religious sect, headed by Leonard Feeney, an excommunicated priest, and his cohort, Catherine Clarke, a staunchly Catholic married woman with a strident puritanical streak.

Among its nearly one hundred members, the Center was home to thirty-nine children. LITTLE SISTER: A Memoir (Post Hill Press/April 2, 2019) by Patricia Walsh Chadwick is the story of one of those children—a story of indoctrination, fear, suffering, resilience, love, and grace.

Born in 1948 and christened Mary Patricia, the author grew up from infancy within the orbit of the Center, as the subject of a social experiment. Shortly before her fifth birthday, she was given a new name—Anastasia, in honor of a virgin and martyr in the 4th century—and ordered to address her Mamma, Daddy, and all her “aunts” and “uncles” (nearly 60 adults who were part of the community) by their new names as members of a religious order, Big Sisters and Big Brothers of Slaves of the Immaculate of Mary. At age six, she was separated from her parents and youngest siblings to be raised in a girls’ dormitory. On Father Feeney’s order, her parents also took a vow of celibacy—a wrenching sacrifice.

At the Center, Patricia’s life was defined by strict rules, regimens, and retributions. Even worse than the threat of the beatings meted out by Sister Catherine was Patricia’s terror of “the world.” At the tender age of seventeen, amidst the turbulence of the 1960s, she was exiled from the only home she had ever known and thrust into an alien, evil place. Brokenhearted and feeling deserted, she tapped into her inner strength—and her faith in God. Patricia found her way and thrived. Her strength inspired her family to leave the Center and reclaim their lives.

Opening a fascinating window into the inner-workings and power of cults, LITTLE SISTER is a testament to the unbreakable bonds of family and the power of forgiveness. “If I let myself dwell on the emotional pain I experienced, I would unfairly ignore all the good that God’s grace has showered on me,” the author, a self-described optimist and a Catholic reflects. “It was grace, earned in those years of tribulation, that allowed me to find a way forward uninhibited by remorse and anger.

Patricia Walsh Chadwick rose above the shame and demons of her past, built a prosperous career in finance and investments, married, and raised two wonderful, now adult children. A memoir that took the author more than ten years, and remarkable courage to write, LITTLE SISTER is truly a work of revelation. We look forward to exploring opportunities to share Patricia’s story. 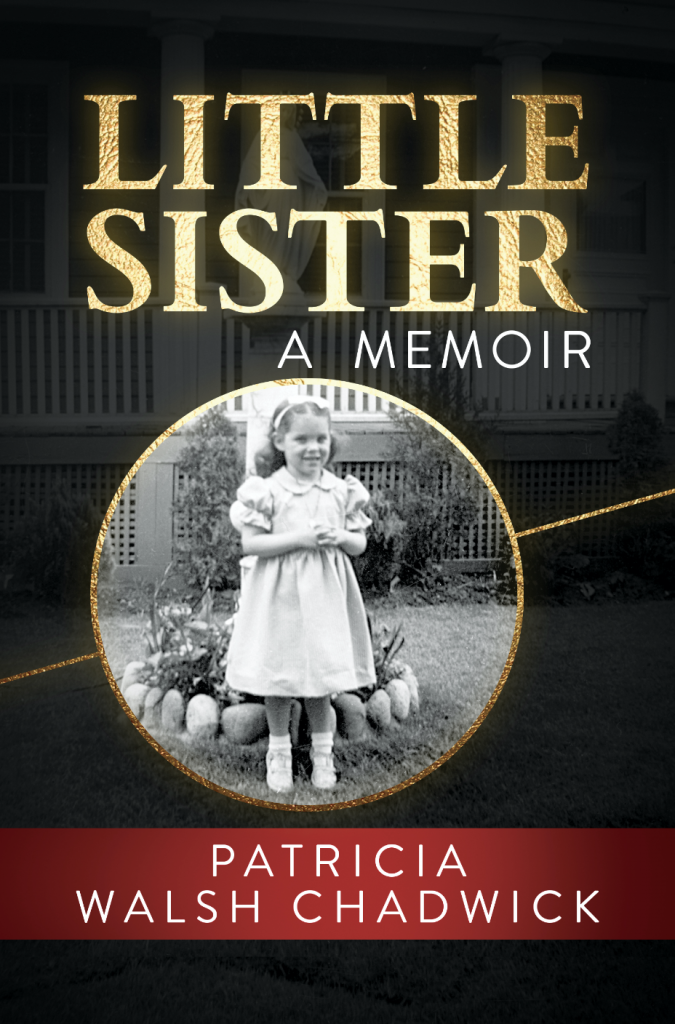 Patricia Walsh Chadwick was born in Cambridge, Massachusetts in 1948. She received her BA in Economics from Boston University and had a thirty-year career in the investment business, culminating as a Global Partner at Invesco. Today she sits on a number of corporate boards, and she blogs on issues social, economic and political. She also mentors middle school girls at Our Lady Queen of Angels School in Harlem. In 2016, she founded and is CEO of Anchor Health Initiative, a health care company that serves the needs of the LGBTQ community in Connecticut. She is married and lives in Connecticut with her husband. They have a daughter and a son.