A terrible car accident has occurred and now a good man, a devoted husband and father, lies dying in a hospital bed with his wife at his side. In the last moments of his life, time seems suspended. As his pulse slows, so does the clock. Every breath takes on a life of its own. Trying to make sense of what has brought him here, his mind casts itself over his memories of choices made, regrets and dreams, joys and sorrows, and every facet of his relationships. Floating in and out of awareness, the man reviews years of family life. He understands that he has to solve a riddle before he goes.

Sooner or later, we all must come to terms with the whys and what ifs of our lives, so we can finally let go and be released. What will you remember when you take the last five breaths of your life? 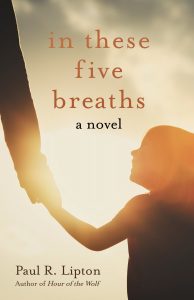 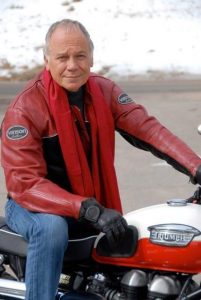 Paul R. Lipton is an attorney, author, and speaker. As an attorney, Paul tried cases for more than forty years. Paul began his career as an assistant district attorney in Nassau County, New York, before moving to Florida. Once there, he practiced law in a number of law firms. For thirteen years, he was a trial attorney with the international law firm of Greenberg Traurig. He retired from the active practice of law and currently is Director of Professionalism, Career, and Skill Development at the law firm of Rumberger Kirk & Caldwell. Paul is a frequent speaker to various business and professional organizations, addressing topics such as finding a balanced life in a professional and business world that seems out of balance and finding your moral compass in the uncharted territory of demands being made just to get the result no matter the consequences. As an undergraduate, Paul attended Penn State University, where he was a member of the history, political science, and social science honor societies. Paul then attended Washington University School of Law, where he was a note editor for the Urban Law Annual. Paul has been married to Margie since 1968. They have two beautiful daughters, Melissa and Lindsay, and two sons-in-law, Mason and Brad. Paul and Margie also have three wonderful grandchildren, Ryan, Reghan, and Hunter. A longtime resident of Miami, Florida, Paul now resides in Boulder, Colorado.