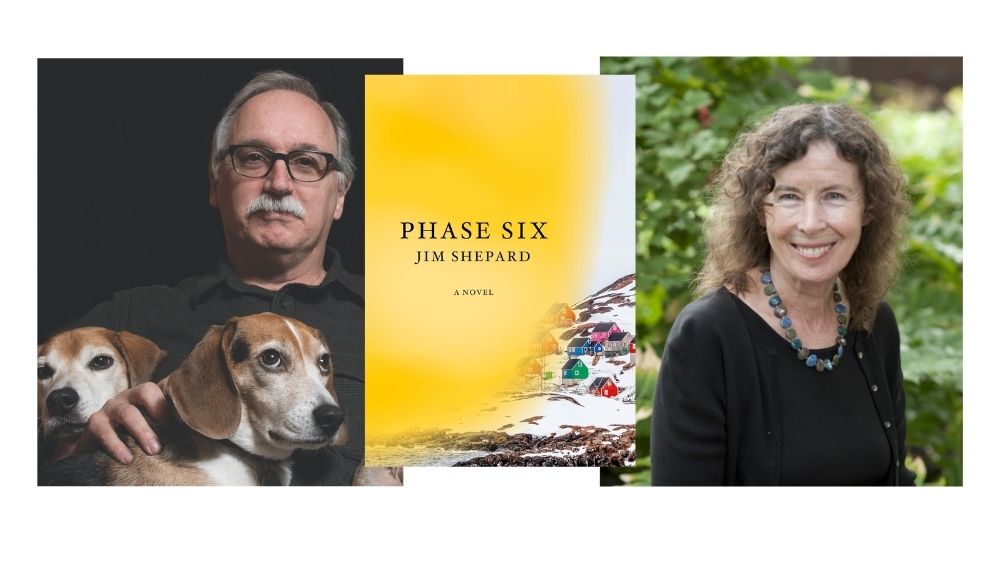 Phase Six: An Evening with Jim Shepard and Margot Livesey

An Evening with Jim Shepard

In conversation with Margot Livesey

A spare and gripping novel about the next pandemic–completed by the award-winning Jim Shepard before COVID-19 even emerged–that reads like a fictional sequel to our current crisis.

In a tiny settlement on the west coast of Greenland, 11-year-old Aleq and his best friend, frequent trespassers at a mining site exposed to mountains of long-buried and thawing permafrost, carry what they pick up back into their village, and from there Shepard’s harrowing and deeply moving story follows Aleq, one of the few survivors of the initial outbreak, through his identification and radical isolation as the likely index patient. While he shoulders both a crushing guilt for what he may have done and the hopes of a world looking for answers, we also meet two Epidemic Intelligence Service investigators dispatched from the CDC–Jeannine, an epidemiologist and daughter of Algerian immigrants, and Danice, an M.D. and lab wonk. As they attempt to head off the cataclysm, Jeannine–moving from the Greeland hospital overwhelmed with the first patients to a Level 4 high-security facility in the Rocky Mountains–does what she can to sustain Aleq. Both a chamber piece of multiple intimate perspectives and a more omniscient glimpse into the megastructures (political, cultural, and biological) that inform such a disaster, the novel reminds us of the crucial bonds that form in the midst of catastrophe, as a child and several hypereducated adults learn what it means to provide adequate support for those they love. In the process, they celebrate the precious worlds they might lose, and help to shape others that may survive. 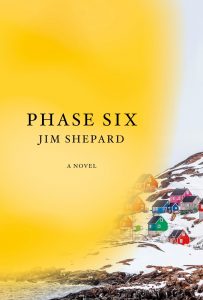 JIM SHEPARD is the author of seven previous novels, most recently The Book of Aron (winner of the 2016 PEN New England Award, the Sophie Brody medal for achievement in Jewish literature, the Ribalow Prize for Jewish literature, the Clark Fiction Prize, and a finalist for the National Jewish Book Award) and five story collections, including Like You’d Understand, Anyway, which was a finalist for the National Book Award and won The Story Prize. His short fiction has appeared in, among other magazines, The New Yorker, Harper’s Magazine, McSweeney’s, The Paris Review, The Atlantic, Esquire, Tin House, Granta, Zoetrope, Electric Literature, and Vice, and has often been selected for The Best American Short Stories and The PEN/O. Henry Prize Stories. He lives in Williamstown, Massachusetts, with his wife, three children, and three beagles, and he teaches at Williams College.

Margot Livesey grew up in a boys’ private school in the Scottish Highlands where her father taught, and her mother, Eva, was the school nurse. After taking a B.A. in English and philosophy at the University of York in England she spent most of her twenties working in shops and restaurants and learning to write. Her first book, a collection of stories called Learning By Heart, was published by Penguin Canada in 1986. Since then Margot has published eight novels including Homework, Criminals, The Missing World, The Boy in the Field, among others.

Margot has taught at Boston University, Bowdoin College, Carnegie Mellon, among others.  She has been the recipient of fellowships from the Guggenheim Foundation, the N.E.A., the Massachusetts Artists’ Foundation and the Canada Council for the Arts. Margot is currently teaching at the University of Iowa Writers’ Workshop. She lives with her husband, a painter, in Cambridge, MA, and goes back to London and Scotland whenever she can.