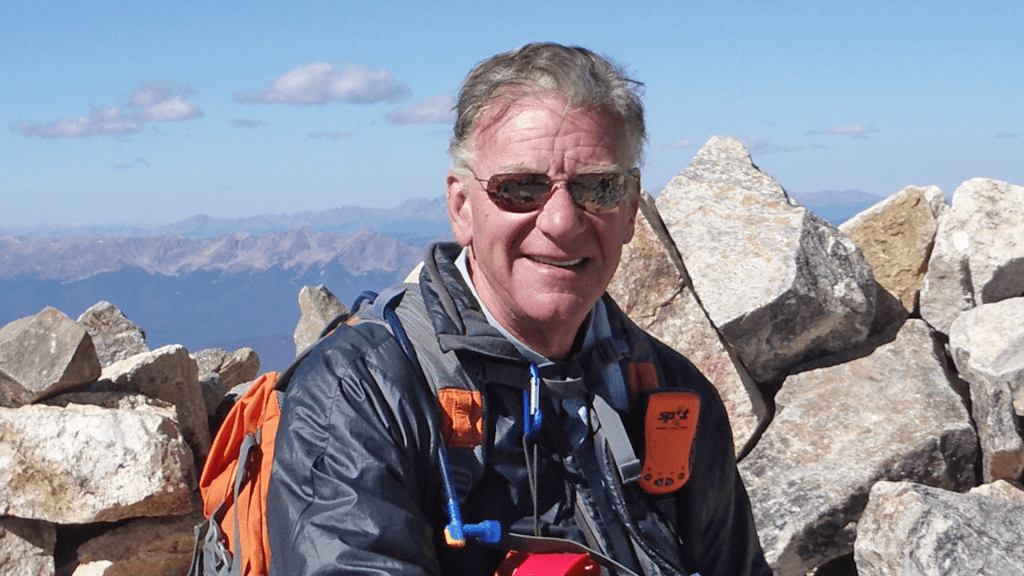 The uplifting story of two unlikely mountaineers: a man in late middle age and a fearless pint-sized pup who, together, scale Colorado’s highest peaks.

By the time life had finished hitting Rick Crandall from all sides, he was at the lowest point of his life, both personally and professionally. Depressed to find himself facing a mid-late-life age crisis and watching his finances crumble as the tech industry bubble burst, he hopes his future isn’t headed downhill. It was at this critical juncture in their new marriage that his wife Pamela made an astute and life-changing suggestion: “Let’s get a dog.”

So begins the story of Emme, a 200-pound Saint Bernard trapped in the body of 5-pound Australian terrier puppy. Soon, Emme and Rick hit the hiking trails around Aspen, Colorado. While she is groomed to be a show dog, it’s soon obvious that her heart is in the hills and with Rick, who decides to add more challenging hikes to the mix. In mountaineering Rick realizes he has found—in his late sixties—his life’s new passion. This is where Emme has led him—out of the abyss and to the top of the mountain. She was never really walking behind: she was nudging him along until he found his stride. Even after Rick understood the glory of climbing, it was Emme still doing the leading, until Rick learned how to lead himself. 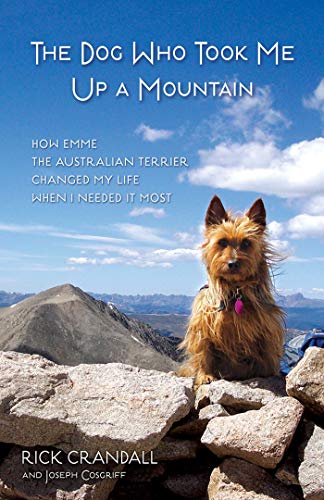 Rick Crandall was founder and CEO of the international technology company Comshare, Inc. Currently, he is Chairman of the Board of Donnelley Financial Solutions, as well as serving as Executive Chairman of Pelstar, LLC, a company that was cited for “Private Company Board of the Year” for 2016. He also serves on the boards of five other companies. Rick was named “One of the Five Leading Pioneers of the Computer Industry” and has received Outstanding Entrepreneur awards from both the University of Michigan, his alma mater, and Harvard Business School. A native of New York, Crandall now lives in Aspen, Colorado, where he is an avid mountain climber, cyclist, and skier, activities he has documented in blogs and in print publications.

Joseph Cosgriff is a writer and speaker who lives in New York City. He is the co-author (with jazz guitarist/vocalist John Pizzarelli) of World on a String: A Musical Memoir, a finalist for Audiobook of the Year in 2014. He also collaborated with clothier Richard Press on Rebel Without a Suit: The Not-So-Casual Road to Casual Friday (Antenna Books, 2015). Cosgriff is also a songwriter whose music was used as the theme of New Jersey Public Radio for six years and whose songs are played on jazz stations and occasionally featured in live performances by discerning musicians.