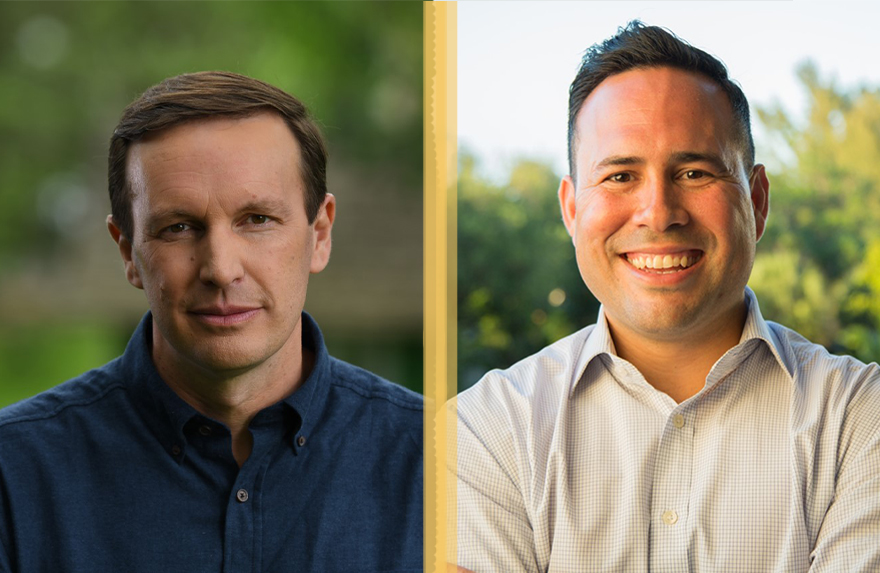 An Evening with Senator Chris Murphy

In conversation with Representative Nick Duran

The Violence Inside Us 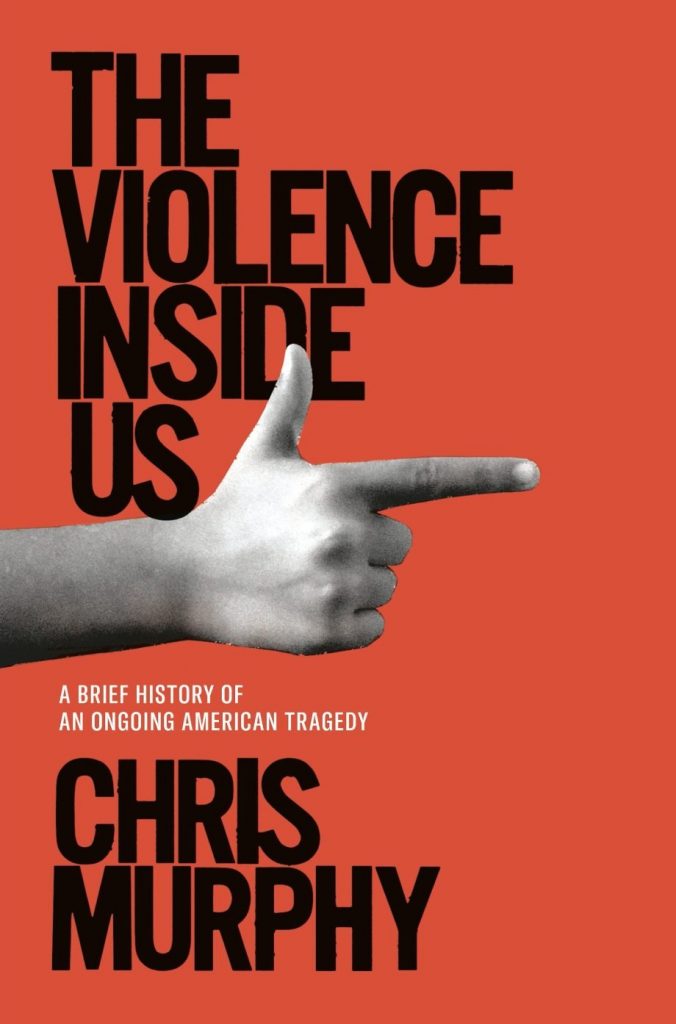 Is America really destined to be an ultra-violent nation? THE VIOLENCE INSIDE US: A Brief History of an Ongoing American Tragedy by Chris Murphy, U.S. senator from Connecticut, interrogates the origins of our violent impulses, the roots of our obsession with firearms, and the national mythologies that prevent us from confronting our crisis of violence.

In many ways, the United States is an economic, social, and political pacesetter. Yet American ingenuity has failed to address one of the most fundamental of all human concerns: the imperative to keep ourselves and our loved ones safe from harm. Alone in the developed world, America is bathed in violence. Our churches and schools, our movie theaters and dance clubs, our workplaces and our streetscapes no longer feel safe. Our political discourse is consumed by intimations of violence, and our foreign policy is centered on the violence that we export to the rest of the world. Violence has become, it seems, America’s most insoluble problem.

But to confront this problem, we must first understand it. The Violence Inside Us examines is a carefully researched, deeply emotional, and personal book that dissects America’s violence obsession through an evolutionary, historical, and economic lens. It also takes a hard look at one distinctly American feature: our love of guns.

Murphy tells the story of his profound personal transformation in the wake of the mass murder at Newtown, and his subsequent immersion in the complicated web of influences that drive American violence. Murphy comes to the conclusion that while America’s historical and cultural relationship to violence is indeed unique, America is not inescapably violent. We have the power to change, he explains, while detailing the reasons why we’ve tolerated so much violence for so long. Weaving together personal narrative, captivating storytelling, and compelling history, Murphy takes on all the familiar arguments, obliterates the stale talking points, and points the way to a fresh, less polarized conversation about violence and the weapons that enable it—a conversation we urgently need in order to transform the national dialogue.

“An engrossing, moving and utterly motivating account of the human stakes of gun violence in America. From his earliest days in the Senate when he grieved with the families of the children of Sandy Hook elementary, Murphy has fearlessly challenged the fatalism of those who have resigned themselves to mass shootings, all the while he has exposed the cynicism of those in America who put profit over people. With a historian’s talent for narrative and a memoirist’s gift for introspection, Murphy shines a light on the relentless men and women who will not rest until American laws are changed to protect our citizens, while offering an inspiring blueprint for how this struggle can—and will—be won.”

—Samantha Power, Pulitzer-Prize winning author of The Education of an Idealist, and former US Ambassador to the UN

Elected in 2012 as the youngest member of the U.S. Senate, Chris Murphy has earned a reputation as a serious legislator who is willing to stand up for his principles and reach across the aisle. Since the Newtown school shooting in December 2012, he has also become the best-known leader in Congress in confronting the plague of gun violence in America. Now in his second term representing Connecticut, he and his wife, Cathy, an attorney, have two young sons, Owen and Rider.

Representative Duran is a native South Floridian, who grew up between Miami in Coral Springs. He attended Taravella Highschool and then came to the University of Florida where he studied public relations in the College of Journalism and Communications. He then went to New York Law School and came back to Miami to work for a law firm in corporate litigation. In 2010 he left the law practice to work in the nonprofit sector focusing on children’s health care and early childhood education.

Nick was elected in November 2016 to the Florida House of Representatives for District 112. In the Legislature Rep. Duran serves on several healthcare-focused committees that include the Health & Human Services Committee, Health Care Appropriations Subcommittee as well as the Appropriations Committee. As a member of the House in the wake of the Parkland murders, Nick was a forceful, influential voice (and vote) in favor of the most significant gun violence prevention legislation passed in Florida in a generation.

Over the years he has served in a variety of leadership roles in health care policy and community engagement. Currently, he is the executive director of the Florida Association of Free and Charitable Clinics. Nick serves on the board of directors for the Miami-Dade County Public Health Trust (Jackson Health System), the board of directors for Epilepsy Florida, is the immediate past chair for the University of South Florida Covering Kids and Families State Coalition, and is a member of the Florida Bar and Leadership Florida. He is a native South Floridian and lives in Coconut Grove with his wife Danielle and two kids.