Due to circumstances beyond our control, our program with Sharon Stone has BEEN POSTPONED to a later date. Your ticket, including book, will be honored for the new date, and we will notify you as soon it has been rescheduled. Thanks for your understanding. We look forward to seeing you soon!

A Virtual Evening with

IN CONVERSATION WITH GLORIA ESTEFAN

The Beauty of Living Twice

Tickets are $36 and include a copy of the book and shipping.

All books include shipping to the US and Canada only. Books will be shipped after the event and can take 7 – 10 business days to receive due to Covid-related USPS delays! 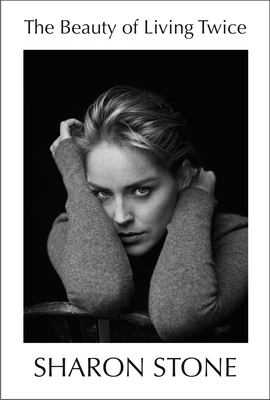 Sharon Stone tells her own story: a journey of healing, love, and purpose. Sharon Stone, one of the most renowned actresses in the world, suffered a massive stroke that cost her not only her health, but her career, family, fortune, and global fame. In The Beauty of Living Twice, Sharon Stone chronicles her efforts to rebuild her life, and the slow road back to wholeness and health. In an industry that doesn’t accept failure, in a world where too many voices are silenced, Stone found the power to return, the courage to speak up, and the will to make a difference in the lives of women and children around the globe.

Over the course of these intimate pages, as candid as a personal conversation, Stone talks about her pivotal roles, her life-changing friendships, her worst disappointments, and her greatest accomplishments. She reveals how she went from a childhood of trauma and violence to a business that in many ways echoed those same assaults, under cover of money and glamour. She describes the strength and meaning she found in her children, and in her humanitarian efforts. And ultimately, she shares how she fought her way back to find not only her truth, but her family’s reconciliation and love.

Stone made headlines not just for her beauty and her talent, but for her candor and her refusal to “play nice,” and it’s those same qualities that make this memoir so powerful. The Beauty of Living Twice is a book for the wounded, and a book for the survivors; it’s a celebration of women’s strength and resilience, a reckoning, and a call to activism. It is proof that it’s never too late to raise your voice, and speak out.

International superstar Gloria Estefan is a Grammy award-winning singer, actress, songwriter, author of two New York Times best-selling children’s books, philanthropist and humanitarian. She is considered one of the world’s most recognizable and beloved performers. Billboard Magazine considers her the single most successful Latin crossover artist in music history.

Having sold over 100 million records worldwide she’s been awarded with 7 Grammy Awards, an Oscar nominated performance for the song “Music Of My Heart,” a Star on the Hollywood Walk of Fame, an American Music Award for Lifetime Achievement, an induction into the Latin Songwriters Hall of Fame, and the Gershwin Prize for Popular Song. In 2015, President Obama honored Emilio & Gloria Estefan with the Presidential Medal of Freedom, the Nation’s highest civilian honor,
presented to individuals who have made meritorious contributions to the United States, to world peace, and to cultural endeavors. In 2017, Gloria was the first Cuban-American, singer-songwriter to receive The Kennedy Center Honors.

All books include shipping to the US and Canada only. Books will be shipped after the event and can take 7 – 10 business days to receive due to Covid-related USPS delays!