20 years of learning to sail by trial & terror

Asthmatic, bookish and timid, young Glenn Patron spent his childhood dreaming of a life of adventure like the stories he read in the sanctuary of his bedroom in the suburbs of New York City.

As an adult, bumbling along on the edge of failure, his life begins to change when he marries an adventurous saltwater lady. Rebuilding an abandoned 30’ sloop   starts them on a 20 year journey of mishaps and triumphs that challenge his beliefs, goals and identity.

Step aboard and experience white knuckle passages through reefs, stand-up comedy surrounded by nude models and dealing with his sinking sailboat in the North Atlantic. 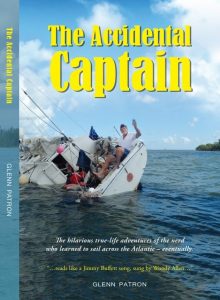 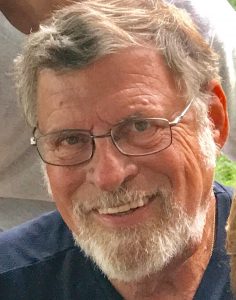 When opportunity knocked in Puerto Rico Glenn left the Big Apple to try his luck at entrepreneurship in the Caribbean. During the years he spent on the island he learned to sail, became a stand-up comedian, married and fathered daughter Ivy and son Andrew. and, after 20 years labor achieved the freedom to explore the seas in his own sailboat when he sold his industrial supply business.

Glenn and wife Gale now live in a small house into the jungle-like community of Coconut Grove, Florida. Their CSY 50 Sailboat “Encore” is at a nearby marina . Glenn spends his days playing tennis, riding 1963 BMW motorcycle he restored, working with community organizations