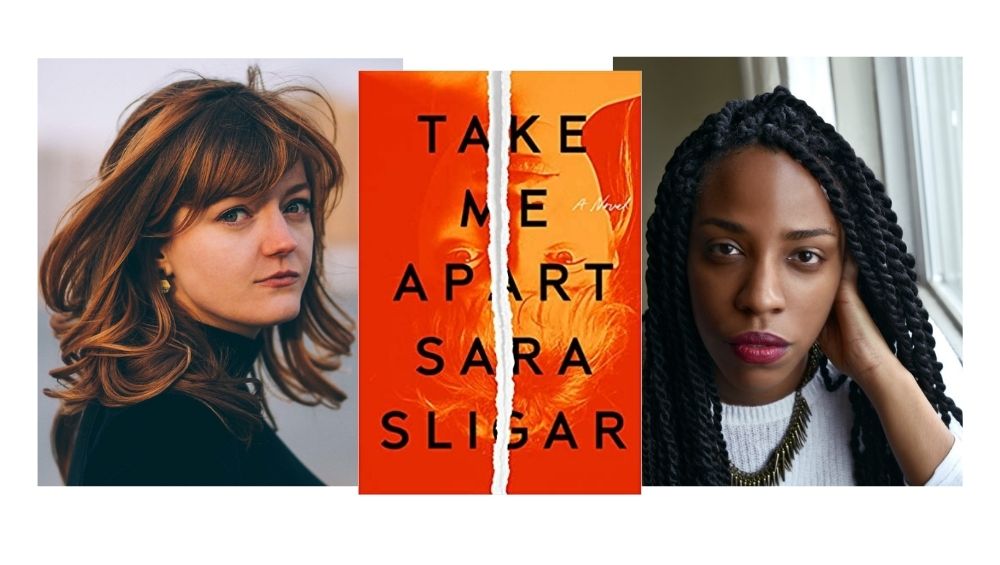 Take Me Apart: A Virtual Event with Sara Sligar and Lauren Wilkinson

A Virtual Event with Sara Sligar

In conversation with Lauren Wilkinson

Take Me Apart: A Novel

A spellbinding novel of psychological suspense that follows a young archivist’s obsession with her subject’s mysterious death as it threatens to destroy her fragile grasp on sanity.

When the famed photographer Miranda Brand died mysteriously at the height of her career, it sent shock waves through Callinas, California. Decades later, old wounds are reopened when her son Theo hires the ex-journalist Kate Aitken to archive his mother’s work and personal effects.

As Kate sorts through the vast maze of material and contends with the vicious rumors and shocking details of Miranda’s private life, she pieces together a portrait of a vibrant artist buckling under the pressures of ambition, motherhood, and marriage. But Kate has secrets of her own, including a growing attraction to the enigmatic Theo, and when she stumbles across Miranda’s diary, her curiosity spirals into a dangerous obsession.

A seductive, twisting tale of psychological suspense, Take Me Apart draws readers into the lives of two darkly magnetic young women pinned down by secrets and lies. Sara Sligar’s electrifying debut is a chilling, thought-provoking take on art, illness, and power, from a spellbinding new voice in suspense. 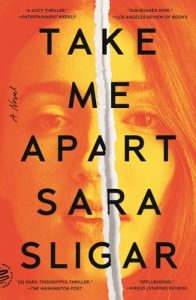 Sara Sligar is an author and academic based in Los Angeles, where she teaches English and creative writing as a postdoctoral fellow at the University of Southern California. She holds a Ph.D. in English from the University of Pennsylvania and a master’s in History from the University of Cambridge. Her writing has been published in McSweeney’s, Quartz, The Hairpin, and other outlets. Take Me Apart is her first novel.

Lauren Wilkinson’s debut novel, American Spy, was a Washington Post bestseller, an NAACP Image Award nominee, an Anthony award nominee, and an Edgar Award nominee. It was short-listed for the Center for Fiction’s First Novel Prize, was a Barnes & Noble Book of the Month, a PBS book club pick, and was included on Barack Obama’s 2019 Recommended Reading List.

Lauren earned an MFA in fiction and literary translation from Columbia University, and has taught writing at Columbia and the Fashion Institute of Technology. She was a Center for Fiction Emerging Writer’s Fellow, and has received support from both the MacDowell Colony and the Djerassi Resident Artists Program. Her writing has appeared in Granta, The Believer, New York magazine and The New York Times, among other publications. Lauren splits her time between New York and Los Angeles where she works as a writer for television.