As the mixed-race population in the United States grows, public fascination with multiracial identity has promoted the belief that racial mixture will destroy racism. However, multiracial people still face discrimination. Many legal scholars hold that this is distinct from the discrimination faced by people of other races, and traditional civil rights laws built on a strict black/white binary need to be reformed to account for cases of discrimination against those identifying as mixed-race.

In Multiracials and Civil Rights, Tanya Katerí Hernández debunks this idea, and draws on a plethora of court cases to demonstrate that multiracials face the same types of discrimination as other racial groups. Hernández argues that multiracial people are primarily targeted for discrimination due to their non-whiteness, and shows how the cases highlight the need to support the existing legal structures instead of a new understanding of civil rights law. The legal and political analysis is enriched with Hernández’s own personal narrative as a mixed-race Afro-Latina.


Coming at a time when explicit racism is resurfacing, Hernández’s look at multiracial discrimination cases is essential for fortifying the focus of civil rights law on racial privilege and the lingering legacy of bias against non-whites, and has much to teach us about how to move towards a more egalitarian society. 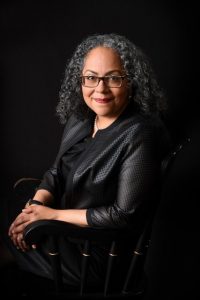 Tanya Katerí Hernandez is the Archibald R. Murray Professor of Law at Fordham University School of Law, where she co-directs the Center on Race, Law & Justice as its Head of Global and Comparative Law Programs and Initiatives.