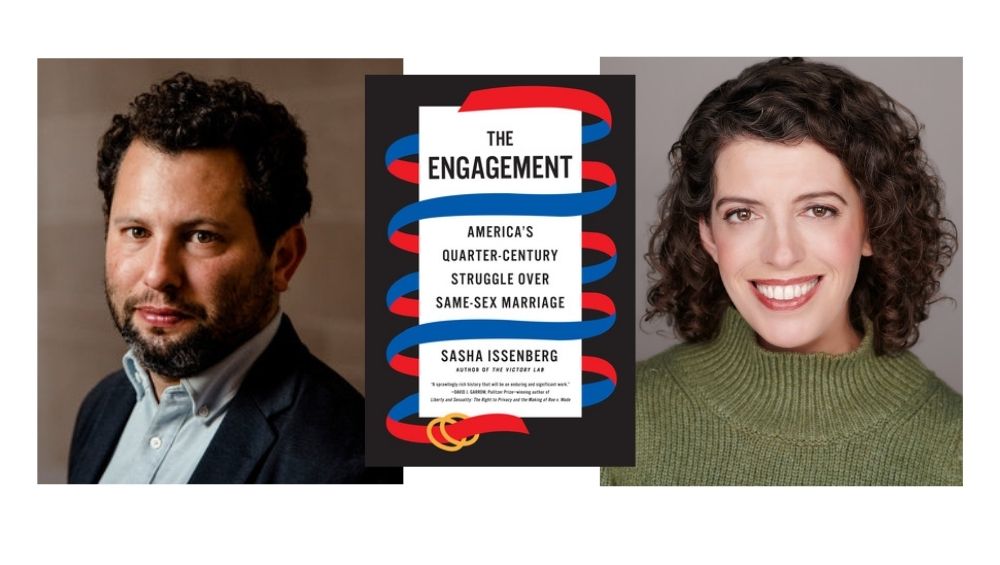 The Engagement: An Evening with Sasha Issenberg and Molly Ball

An Evening with Sasha Issenberg

In conversation with Molly Ball

On June 26, 2015, the U.S. Supreme Court ruled that state bans on gay marriage were unconstitutional, making same-sex unions legal across the United States. But the road to that momentous decision was much longer than many know. In this definitive account, Sasha Issenberg vividly guides us through same-sex marriage’s unexpected path from the unimaginable to the inevitable.

It is a story that begins in Hawaii in 1990, when a rivalry among local activists triggered a sequence of events that forced the state to justify excluding gay couples from marriage. In the White House, one president signed the Defense of Marriage Act, which elevated the matter to a national issue, and his successor tried to write it into the Constitution. Over twenty-five years, the debate played out across the country, from the first legal same-sex weddings in Massachusetts to the epic face-off over California’s Proposition 8 and, finally, to the landmark Supreme Court decisions of United States v. Windsor and Obergefell v. Hodges. From churches to hedge funds, no corner of American life went untouched.

This richly detailed narrative follows the coast-to-coast conflict through courtrooms and war rooms, bedrooms and boardrooms, to shed light on every aspect of a political and legal controversy that divided Americans like no other. Following a cast of characters that includes those who sought their own right to wed, those who fought to protect the traditional definition of marriage, and those who changed their minds about it, The Engagement is certain to become a seminal book on the modern culture wars. 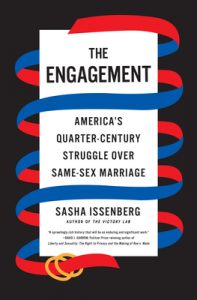 SASHA ISSENBERG is the author of three previ­ous books, including The Victory Lab: The Secret Science of Winning Campaigns. He has covered presidential elections as a national political reporter in the Washington bureau of The Boston Globe, a columnist for Slate, and a contributor to Bloomberg Politics and Businessweek. He is the Wash­ington correspondent at Monocle, and his work has also appeared in New York, The New York Times Magazine, and George, where he served as a contributing editor. He teaches in the political science department at UCLA.

MOLLY BALL is the National Political Correspondent for TIME, covering campaigns, the White House, political personalities and policy debates across America. She is also a frequent television and radio commentator. She is the author of the New York Times bestseller PELOSI, a biography of the first woman Speaker of the House.

Prior to joining TIME, Ball was a staff writer covering U.S. politics for The Atlantic. She previously reported for Politico, the Las Vegas Review-Journal and the Las Vegas Sun. She has worked for newspapers in Ohio, Pennsylvania and Cambodia, as well as the New York Times and the Washington Post.

A graduate of Yale University, she was a Knight-Wallace journalism fellow at the University of Michigan in 2009. In 2007, she won $100,000 on Who Wants to Be a Millionaire.

Ball grew up in Idaho and Colorado. She lives in the Washington, DC, area with her husband, David Kihara, and three children.