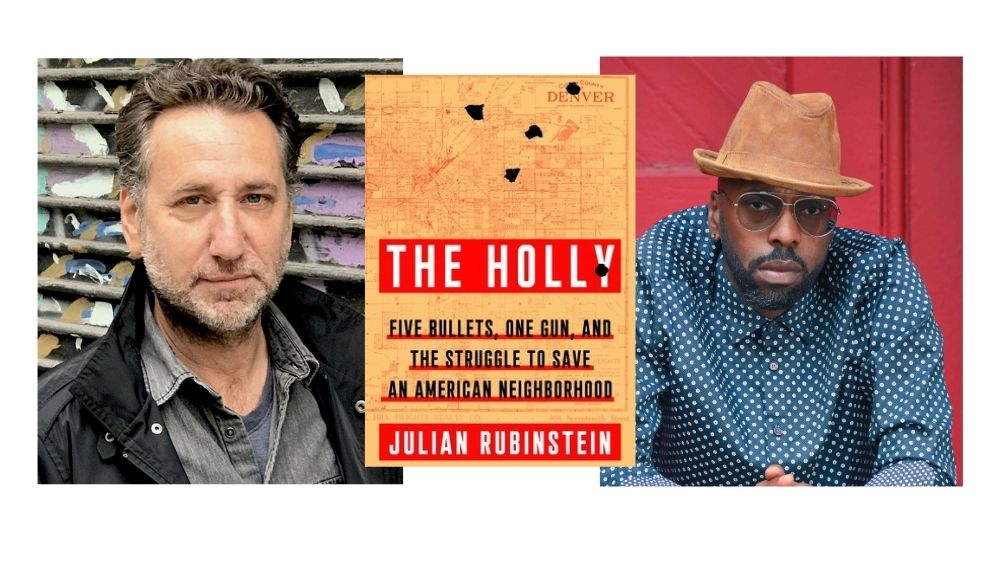 The Holly: An Evening with Julian Rubinstein and Davarian L. Baldwin

An Evening with Julian Rubinstein

In conversation with Davarian L. Baldwin

The Holly: Five Bullets, One Gun, and the Struggle to Save an American Neighborhood

An award-winning journalist’s dramatic account of a shooting that shook a community to its core, with important implications for the future

On the last Friday evening of the summer of 2013, five shots rang out in the parking lot of a new Boys & Girls Club in a part of northeast Denver known as the Holly. Long a destination for African American families fleeing the Jim Crow South, the Holly had become an “invisible city” within a historically white metropolis. While shootings weren’t uncommon, the identity of the shooter that night came as a shock. Terrance Roberts was a revered activist. His attempts to bring peace to his community had won the accolades of both his neighbors and the state’s most important power brokers. Why had he just fired a gun?

In The Holly, the award-winning journalist Julian Rubinstein, who grew up in Denver, reconstructs the events leading up to the fateful confrontation that left a local gang member paralyzed and Terrance Roberts on trial, facing a life in prison. Much more than the story of a shooting, The Holly is a multigenerational crime story that explores the porous boundaries between a city’s elites and its most disadvantaged citizens, as well as the fraught interactions of police, confidential informants, activists, gang members, and ex-gang members trying—or not—to put their pasts behind them. It shows how well-intentioned urban renewal may hasten gentrification, and what happens when overzealous policing collides with gang members who conceive of themselves as defenders, however imperfect, of a neighborhood.

In the era of Black Lives Matter and urgent debates about the future of policing, Rubinstein offers a nuanced and humane illumination of what’s at stake. 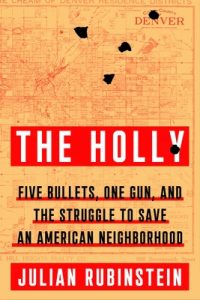 Julian Rubinstein is a journalist and the author of Ballad of the Whiskey Robber, which was a finalist for the Edgar Allan Poe Best Fact Crime award. His work has appeared in The New Yorker, Rolling Stone, and The New York Times Magazine, as well as in Best American Crime Writing. He lives in Denver.

Davarian L. Baldwin is a leading urbanist, historian, and cultural critic. The Paul E. Raether Distinguished Professor of American Studies and founding director of the Smart Cities Lab at Trinity College, Baldwin is the author of In the Shadow of the Ivory Tower: How Universities are Plundering Our Cities (Bold Type Books, 2021); Chicago’s New Negroes: Modernity, the Great Migration, and Black Urban Life (UNC, 2007) and co-editor, with Minkah Makalani, of the essay collection Escape From New York! The New Negro Renaissance beyond Harlem (Minnesota, 2013). His commentaries and opinions have been featured in TIME, Washington Post, USAToday, The Guardian, and on PBS, NPR, and the History Channel among other outlets.