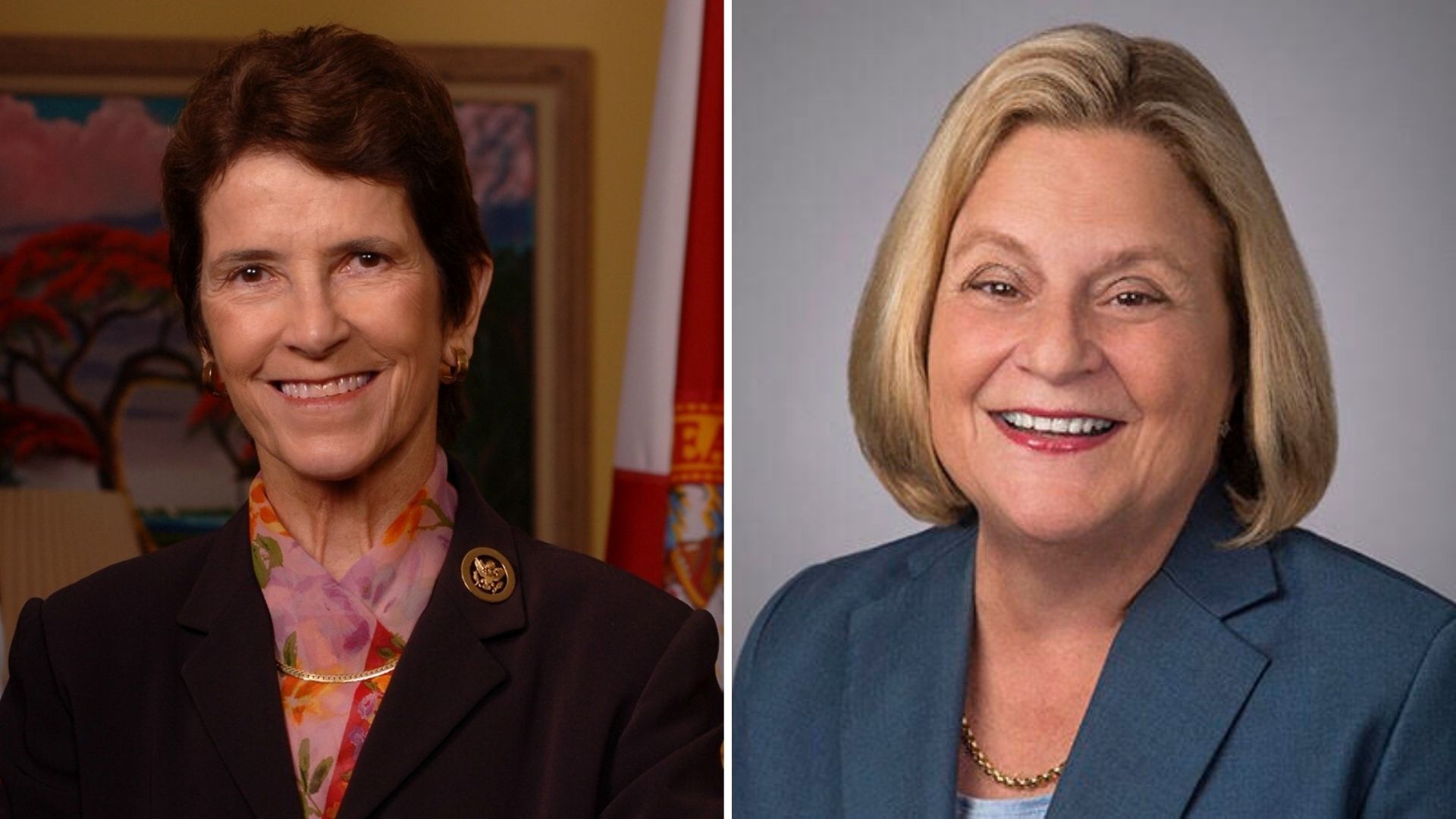 The Lady of Silk and Steel: Lunch with Sue Cobb and Ileana Ros-Lehtinen

The Lady of Silk and Steel

The Lady of Silk and Steel, From Everest to Embassies tells the rags to riches story of a woman who grew up in nearly destitute circumstances on a small California farm to become a graduate of Stanford University, a tennis star, a national champion downhill ski racer, and a successful attorney who graduated from law school at forty-one, and simultaneously took up the practice of law and high altitude mountain climbing. Ten years later she came incredibly close to being the first US woman to reach the summit of Mt. Everest.

With wit and candor, Sue McCourt Cobb now recounts her extraordinary life story, spanning the mid-twentieth century (1937) to the early years of the twenty-first century (2020) when college-educated women went from secretaries to CEOs, when women learned to balance family, careers, and full adventurous lives.  And Sue Cobb has certainly lived several lives in one lifetime. This is a memoir of someone who reached the summit of success while nurturing her family. At every step of her life, she has played her roles superbly. From a corporate and then a diplomatic wife to husband Ambassador Charles Cobb and as full-time mom to sons Christian and Tobin, The Lady of Silk and Steel is both the personal story of a partner, mother, athlete, and friend as well as a revealing account of a professional woman’s life.

Challenges some might balk at, Sue M. Cobb met head-on. She started and grew the public finance division of one of Miami’s largest and most prestigious law firms, helped elect a United States president, and redefined the role and relationship of ambassador to one of America’s most proximal allies. Impactful lessons are woven through the twists and turns of her life in the United States and Iceland until on the fateful day of September 11, 2001, she began her role as Ambassador of the United States of America, Extraordinary and Plenipotentiary to Jamaica.

She has shared moments with Vaclav Havel, Shirley Temple Black, Henry Kissinger, Sir Edmund Hilary, Neil Armstrong, Barbara and George Bush and many others. Interviews by contributor Laura Tanna with prime ministers, generals, ministers, and others with whom Ambassador Cobb worked add an unusual dimension to this book. Yet Sue M. Cobb, living a richly layered life personally and professionally, is the portrait of humility. An athlete and adventurer at heart, Sue’s travels have taken her from Kilmanjaro to Kingston, Miami to Machu Pichu, from Taiwan to Tibet. She has faced rifles and rhinos, and cheated death more than once. She is not a thrill-seeker, but in her zest for life she has pursued a myriad of passions. The Lady of Silk and Steel is neither vain, nor vacuous, but rather is a fascinating account of a truly inspirational and indomitable woman, which leaves the reader wondering, what’s next? 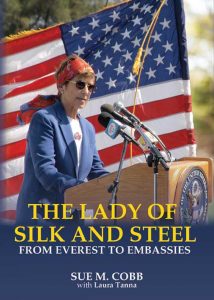 Sue M. Cobb served as the United States Ambassador to Jamaica (2001–2005) and is currently a Principal of Cobb Partners, LLC, and President of the Cobb Family Foundation. She is a Trustee of the Center for Strategic and International Studies and the Council of American Ambassadors and a member of the Council on Foreign Relations and the Association for Diplomatic Studies and Training.

Ambassador Cobb has also served as Secretary of State of Florida, CEO of the Florida Lottery, partner at the Greenberg Traurig Law Firm, and multiyear member and three-time chair of the Miami Federal Reserve Bank. She has been an officer and director of several public, private, and charitable boards and has received numerous awards, including national honors from Iceland and the Order of Jamaica, that nation’s highest honor for a noncitizen. The United States Department of State annually names the Sue M. Cobb Award for Exemplary Diplomatic Service to the individual selected in worldwide competition as the most outstanding non-career United States ambassador.

A graduate of Stanford University and the University of Miami School of Law, Sue Cobb is a skilled alpine skier and high altitude climber who has scaled mountains worldwide and published The Edge of Everest: A Woman Challenges the Mountain (1989), a chronicle of her travels across China and Tibet and her climb of Mt. Everest. She is married to Charles E. Cobb Jr., former Under Secretary of the U.S. Department of Commerce and U.S. Ambassador to Iceland.

A native of Cuba, former U.S. Rep. Ileana Ros-Lehtinen (R-FL) served for almost three decades as a member of Congress representing diverse areas in South Florida. She was the Chairwoman of the House Committee on Foreign Affairs and the Chairwoman of the Subcommittee on the Middle East and North Africa (MENA). In these roles, she led on pressing foreign policy issues, including championing the advancement of freedom and democracy for all, fighting Islamist extremism; supporting free trade agreements with Colombia, Panama and South Korea; and imposing sanctions on human rights violators in Venezuela. Her record over nearly four decades of public service include fighting against tyranny and oppression, particularly in her native homeland of Cuba, as well as working diligently to support and strengthen the U.S. – Israel strategic partnership.

Rep. Ros-Lehtinen served on the House Permanent Select Committee on Intelligence and was a member of the CIA Subcommittee and the National Security Agency and Cybersecurity Subcommittee.

A strong proponent of education, Rep. Ros-Lehtinen holds multiple education degrees, including a doctorate from the University of Miami, master’s and bachelor’s degrees from Florida International University, and an Associate’s degree from Miami Dade College. She began her career as a Florida certified teacher, and then founded, and served as the principal of a private bilingual elementary school.

She was the first Hispanic woman elected to Congress, as well as to the State of Florida House of Representatives and Senate. She is married to Dexter Lehtinen, former US Attorney for the Southern District of Florida and a decorated Vietnam combat veteran. They have four adult children and seven grandchildren.