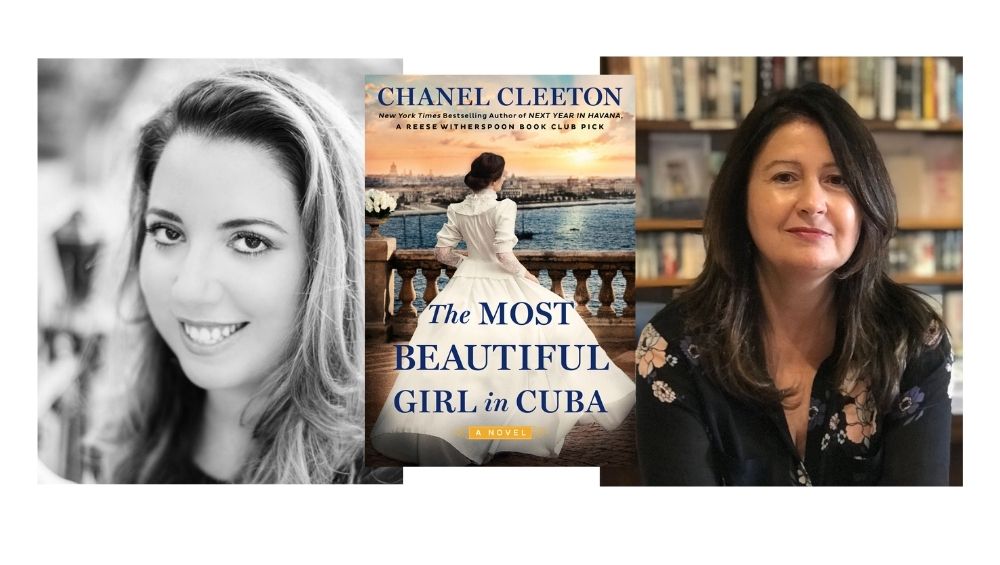 The Most Beautiful Girl in Cuba: An Evening with Chanel Cleeton and Cristina Nosti

An Evening with Chanel Cleeton

In conversation with Cristina Nosti

The Most Beautiful Girl in Cuba

Please note this is a free event! However, if you would like to make a contribution to support Books & Books’ virtual events, we are grateful for any and all donations. Donations can be made in the upper righthand corner, above the “Save My Spot!” registration button. Thank you!

At the end of the nineteenth century, three revolutionary women fight for freedom in New York Times bestselling author Chanel Cleeton’s captivating new novel inspired by real-life events and the true story of a legendary Cuban woman–Evangelina Cisneros–who changed the course of history.

A feud rages in Gilded Age New York City between newspaper tycoons William Randolph Hearst and Joseph Pulitzer. When Grace Harrington lands a job at Hearst’s newspaper in 1896, she’s caught in a cutthroat world where one scoop can make or break your career, but it’s a story emerging from Cuba that changes her life.

Unjustly imprisoned in a notorious Havana women’s jail, eighteen-year-old Evangelina Cisneros dreams of a Cuba free from Spanish oppression. When Hearst learns of her plight and splashes her image on the front page of his paper, proclaiming her, “The Most Beautiful Girl in Cuba,” she becomes a rallying cry for American intervention in the battle for Cuban independence.

With the help of Marina Perez, a courier secretly working for the Cuban revolutionaries in Havana, Grace and Hearst’s staff attempt to free Evangelina. But when Cuban civilians are forced into reconcentration camps and the explosion of the USS Maine propels the United States and Spain toward war, the three women must risk everything in their fight for freedom. 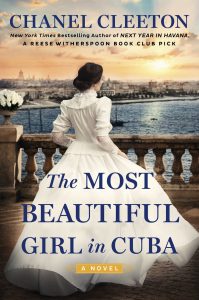 Chanel Cleeton is the New York Times and USA Today bestselling author of Reese Witherspoon Book Club pick Next Year in Havana, When We Left Cuba, The Last Train to Key West, and The Most Beautiful Girl in Cuba.

Originally from Florida, Chanel grew up on stories of her family’s exodus from Cuba following the events of the Cuban Revolution. Her passion for politics and history continued during her years spent studying in England where she earned a bachelor’s degree in International Relations from Richmond, The American International University in London and a master’s degree in Global Politics from the London School of Economics & Political Science. Chanel also received her Juris Doctor from the University of South Carolina School of Law. She loves to travel and has lived in the Caribbean, Europe, and Asia.

Cristina Nosti is the director of events & marketing at the locally-owned, independent bookstore Books & Books where she has the great good fortune to coordinate events with some of the best authors from around the world and bring their books into reader’s hearts and minds. She cannot sleep unless she is surrounded by books.