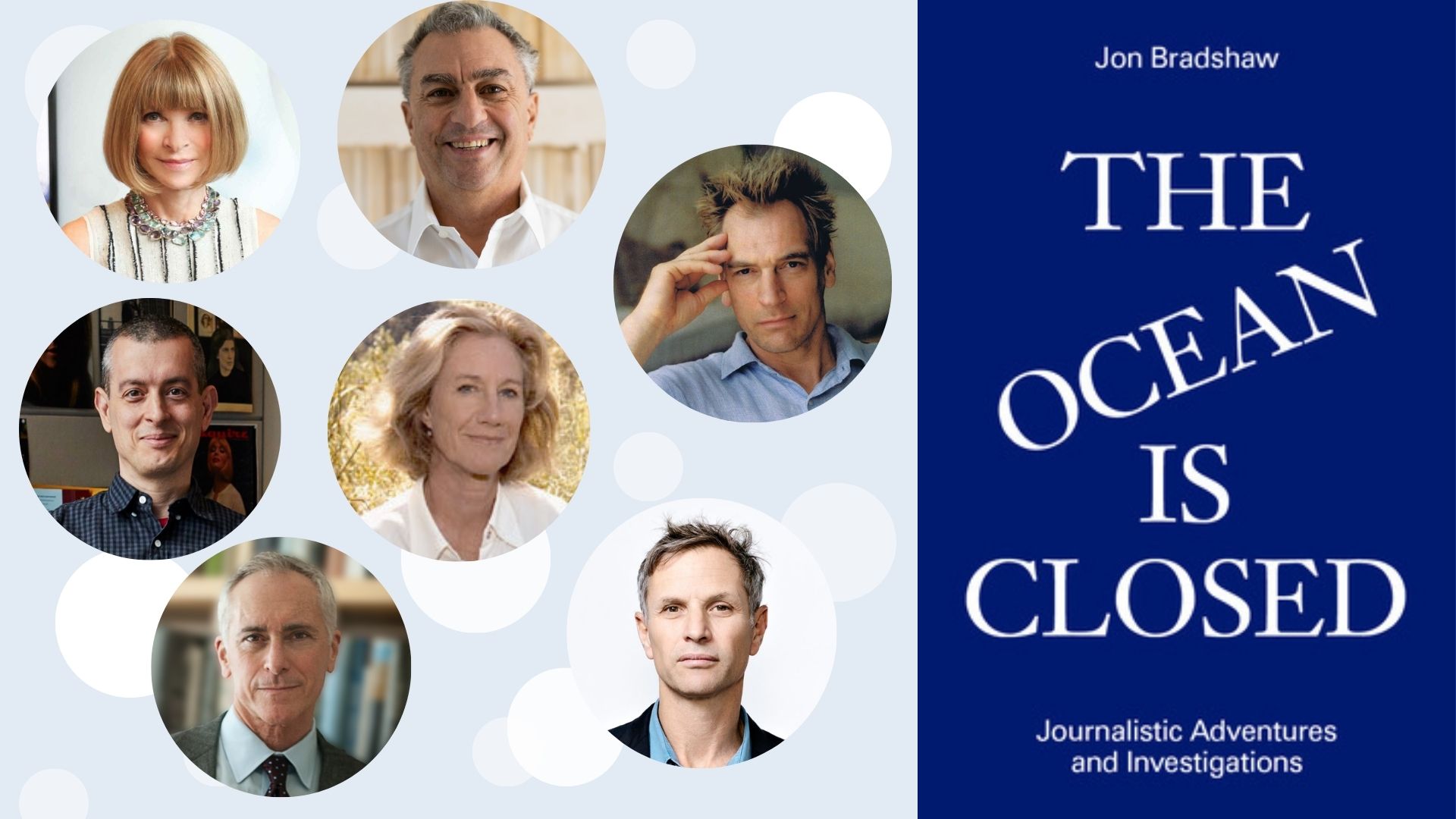 The Ocean is Closed: Journalistic Adventures and Investigations

“Exemplary journalism by a writer who deserves to be in every nonfiction anthology and textbook henceforth.” —Kirkus Reviews, Starred Review

A collection of magazine writer Jon Bradshaw’s essential writings, The Ocean is Closed rediscovers a memorable talent, and offers us a shadow reality to the established literary cannon of the mid-century. With droll wit and keen intelligence, Bradshaw’s cinematic prose brings the ’70s to vibrant life—from the lurid pick-up scenes at hotspots like Maxwell’s Plum in New York, and the Beverly Hills Hotel in L.A., to full-bodied portraits of literary figures such as W.H. Auden and Tom Stoppard; affectionate profiles of hustlers and con men like Bobby Riggs and Minnesota Fats, to chilling reportage about street gangs in the Bronx, terrorism in Germany, and mercenary freedom fighters in India.

Jon Bradshaw, a man of tremendous personal charm, good humor and rugged beauty, was a literary concoction of his own devising: the magazine writer as world-weary traveler and man about town. Adored by British royalty, magazine editors, movie executives, and professional mercenaries, alike, Bradshaw first made a splash in London during the Swinging Sixties. Pals with the likes of Anna Wintour, Timothy Leary, Gore Vidal, and Martin Amis, his career flourished at a time when magazines were at the center of the cultural conversation, delivering stories that were talked about for weeks. For twenty years, he cut a distinct figure in this world, before his untimely death.  A forgotten master of longform magazine writing, Bradshaw is ripe for rediscovery as one of the sharpest chroniclers of his age. 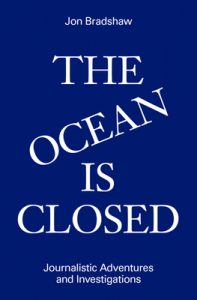 Anna Wintour has held the position of Editor-of-Chief of Vogue U.S. since 1988, and was named U.S. Artistic Director of Condé Nast in 2013. Most recently, she was appointed global content advisor of Condé Nast in 2019. Anna has been actively involved in philanthropic fundraising, particularly for the Metropolitan Museum of Art’s Costume Institute, for which she has raised more than $240 million for the museum and serves as an Elective Trustee of the institution. Wintour was named Dame Commander (DBE) of the Order of the British Empire in 2017, awarded the Legion d’Honneur in 2011 and appointed to the President’s Committee on the Arts and Humanities in 2009.

Michael Zilkha started Ze Books in 2019. Prior to that he was involved in natural gas exploration and then renewable energy in Houston, Texas where he has lived since 1986. From 1978 to 1984 he ran Ze Records in New York City. Michael had several jobs in magazine publishing when he first moved to New York after university in 1975 and spent two years from 1984 to 1986 as an editor at Atlantic Monthly Press under Harold Evans.

Julian Sands is a British actor known for his roles in films such as The Killing Fields, A Room with a View, Warlock, Arachnophobia, Boxing Helena and Vatel. On television, he is known for playing Vladimir Bierko in 24, Jor-El in Smallville, and as Yulish Rabitov in Banshee.

Program and discussion with:

Alex Belth is the editor of Esquire Classic and The Stacks Reader, dedicated to the preserving and celebrating great journalism and storytelling from the pre-digital era. His work has appeared in Sports Illustrated, Esquire, The Daily Beast, and Deadspin, and he has edited the literary anthologies The Best Sports Writing of Pat Jordan, Lasting Yankee Stadium Memories, and most recently, Jon Bradshaw’s The Ocean is Closed: Journalistic Adventures and Investigations.

Anne Taylor Fleming is the associate director of the Sun Valley Writer’s Conference.  She is a novelist and a nationally recognized print and television journalist.  Twice tethered to The New York Times, as a magazine contributor and later as a columnist, her articles have appeared in various magazines, including The New Yorker, Vogue and Los Angeles Magazine.  She was a radio commentator for CBS and a television commentator for NBC and a longtime essayist for The NewsHour on PBS where her work won a Gracie Award from the Foundation for American Women in Radio and Television.  She is the author of the memoir Motherhood Deferred:  A Woman’s Journey, and two works of fiction, the novellas Marriage:  A Duet and the novel As If Love Were Enough.

A. Scott Berg is the author of five bestselling biographies. MAX PERKINS: EDITOR OF GENIUS (1978) received the National Book Award; in writing GOLDWYN: A BIOGRAPHY (1989), he was awarded a Guggenheim Fellowship; and his 1998 biography LINDBERGH won the Pulitzer Prize. For twenty years, Berg was a friend and confidant of Katharine Hepburn; and his biographical memoir KATE REMEMBERED, published upon her death in 2003, became the #1 NEW YORK TIMES bestseller for most of that summer. His biography of Woodrow Wilson was published in September, 2013 and received several history prizes; and in 2018, he edited the Library of America’s WORLD WAR I AND AMERICA: TOLD BY THE AMERICANS WHO LIVED IT. He serves on the board of the Smithsonian Institution’s National Museum of American History, as a Charter Trustee of Princeton University, and as a Life Trustee of the Library of America. He is currently writing a biography of Thurgood Marshall.

Adam Moss is a journalist and editor.  He was editor-in-chief of New York Magazine from 2004–2019. During his 15-year tenure he oversaw an ambitious digital expansion in his role as editor-in-chief of parent company New York Media, with the magazine and digital properties widely recognized for editorial excellence. He oversaw five digital publications in addition to New York: Vulture, The Cut, Intelligencer, The Strategist, and Grub Street, each of which were created from scratch and collectively reach an audience of 50 million visitors each month. Under Moss’s leadership New York and nymag.com won 41 National Magazine Awards, more than any other magazine over this time period, including Magazine of the Year. New York’s groundbreaking journalistic event “Cosby: The Women” won the 2015 George Polk Award for magazine reporting. In 2018, the magazine won the Pulitzer Prize for criticism.  Before joining New York magazine, Moss was the editor of the New York Times Magazine, as well as assistant managing editor of the paper, overseeing the magazine, Book Review, culture and style. The New York Times Magazine received many awards for journalism, photography and design, including two nominations for the Pulitzer prize, under Moss’s leadership.  Moss was founding editor of 7 Days, a New York weekly magazine, which won the National Magazine Award for general excellence in its circulation class in 1990.  Before that, he worked at Esquire magazine in a variety of positions, including those of managing editor and deputy editor.  He was awarded an honorary doctorate from Oberlin College, his alma mater, and is a member of the Magazine Editors’ Hall of Fame.  He is currently working on two books, one a series of case studies on artists’ creative process and the other a pilot for a contemporary- biography series.