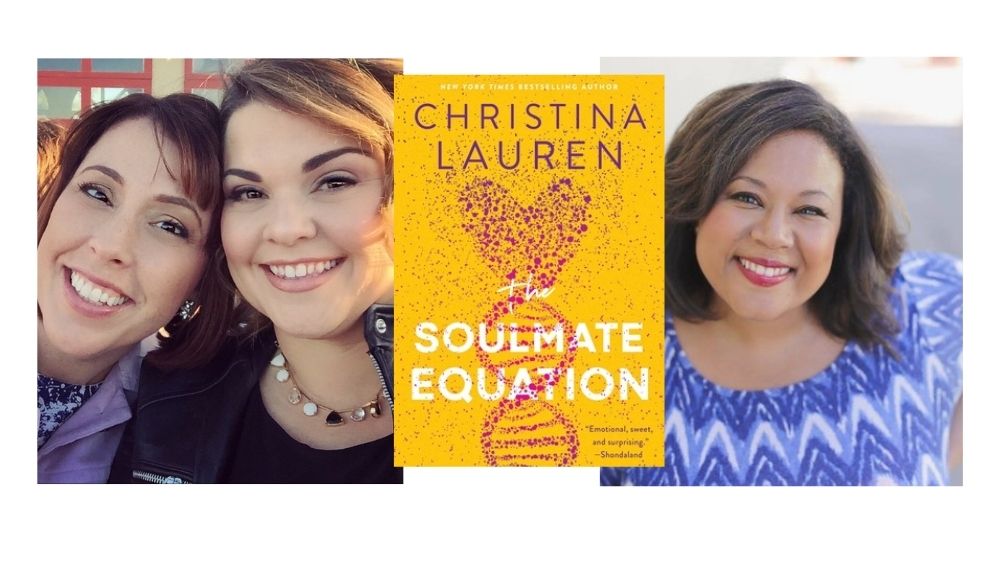 The Soulmate Equation: An Evening with Christina Lauren and Jasmine Guillory

An Evening with Christina Lauren and Jasmine Guillory

The New York Times bestselling author of The Unhoneymooners returns with a witty and effervescent novel about what happens when two people with everything on the line are thrown together by science—or is it fate? Perfect for fans of The Rosie Project and One Plus One.

Single mom Jess Davis is a data and statistics wizard, but no amount of number crunching can convince her to step back into the dating world. Raised by her grandparents—who now help raise her seven-year-old daughter, Juno—Jess has been left behind too often to feel comfortable letting anyone in. After all, her father’s never been around, her hard-partying mother disappeared when she was six, and her ex decided he wasn’t “father material” before Juno was even born. Jess holds her loved ones close, but working constantly to stay afloat is hard…and lonely.

But then Jess hears about GeneticAlly, a buzzy new DNA-based matchmaking company that’s predicted to change dating forever. Finding a soulmate through DNA? The reliability of numbers: This Jess understands.

At least she thought she did, until her test shows an unheard-of 98% compatibility with another subject in the database: GeneticAlly’s founder, Dr. River Peña. This is one number she can’t wrap her head around, because she already knows Dr. Peña. The stuck-up, stubborn man is without a doubt not her soulmate. But GeneticAlly has a proposition: Get to know him and we’ll pay you. Jess—who is barely making ends meet—is in no position to turn it down, despite her skepticism about the project and her dislike for River. As the pair are dragged from one event to the next as the “Diamond” pairing that could make GeneticAlly a mint in stock prices, Jess begins to realize that there might be more to the scientist—and the science behind a soulmate—than she thought.

Funny, warm, and full of heart, The Soulmate Equation proves that the delicate balance between fate and choice can never be calculated. 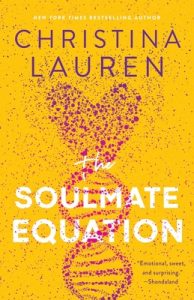 Christina Lauren is the combined pen name of longtime writing partners and best friends Christina Hobbs and Lauren Billings, the New York Times, USA TODAY, and #1 internationally bestselling authors of the Beautiful and Wild Seasons series, Dating You / Hating You, Autoboyography, Love and Other Words, Roomies, Josh and Hazel’s Guide to Not Dating, My Favorite Half-Night Stand, and The Unhoneymooners. You can find them online at ChristinaLaurenBooks.com, @ChristinaLauren on Instagram, or @ChristinaLauren on Twitter.

Jasmine Guillory is the New York Times bestselling author of six romance novels, including The Wedding Date and The Proposal. Her work has appeared in O, The Oprah Magazine, Cosmopolitan, Bon Appetit, and Time. She lives in Oakland, California.

Kate Spencer is the author of the memoir, The Dead Moms Club, published by Seal Press in 2017. Additionally, her work has been featured on Cosmopolitan, Rolling Stone, The Washington Post, Esquire, Buzzfeed, Refinery29, Women’s Health, Salon, The Huffington Post, and The Daily Beast.

Previously, Kate worked as a Senior Producer, Writer, and On-Air Host at VH1 and is a regular performer at the Upright Citizens Brigade Theatre, where you can currently see her hosting the monthly pop culture panel show, Shut Up! I Hate You! with her TV writer husband, Anthony King. They live with their kids in Los Angeles.