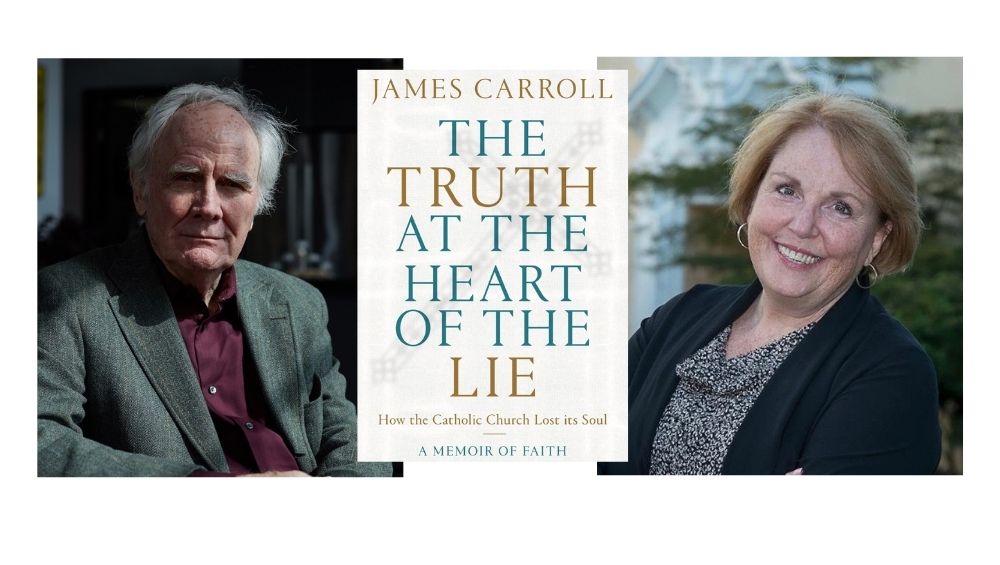 The Truth at the Heart of the Lie: An Evening with James Carroll and Rev. Dr. Laurie. Hafner

An Evening with James Carroll

The Truth at the Heart of the Lie: How the Catholic Church Lost Its Soul

Please note this is a free event! However, if you would like to make a contribution to support Books & Books’ virtual events, we are grateful for any and all donations. Donations can be made in the upper righthand corner, above the “Save My Spot!” registration button. Thank you!

An eloquent memoir by a former priest and National Book Award–winning writer who traces the roots of the Catholic sexual abuse scandal back to the power structure of the Church itself, as he explores his own crisis of faith and journey to renewal

James Carroll weaves together the story of his quest to understand his personal beliefs and his relationship to the Catholic Church with the history of the Church itself. From his first awakening of faith as a boy to his gradual disillusionment as a Catholic, Carroll offers a razor-sharp examination both of himself and of how the Church became an institution that places power and dominance over people through an all-male clergy.

Carroll argues that a male-supremacist clericalism is both the root cause and the ongoing enabler of the sexual abuse crisis. The power structure of clericalism poses an existential threat to the Church and compromises the ability of even a progressive pope like Pope Francis to advance change in an institution accountable only to itself. Carroll traces this dilemma back to the Roman Empire and the Middle Ages, when Scripture, Jesus Christ, and His teachings were reinterpreted as the Church became an empire. In a deeply personal re-examination of self, Carroll grapples with his own feelings of being chosen, his experiences as a priest, and the moments of doubt that made him leave the priesthood and embark on a long personal journey toward renewal—including his tenure as an op-ed columnist at The Boston Globe writing about sexual abuse in the Church.

Ultimately, Carroll calls on the Church and all reform-minded Catholics to revive the culture from within by embracing anti-clerical, anti-misogynist resistance and staying grounded in the spirit of love that is the essential truth at the heart of Christian belief and Christian life. 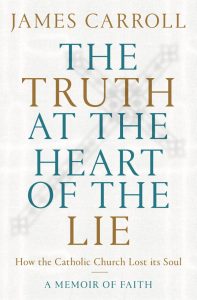 James Carroll served as Catholic chaplain at Boston University from 1969 to 1974. He left the priesthood to become a writer, and for twenty-three years he wrote a weekly op-ed column for The Boston Globe. He has written twelve novels and nine works of nonfiction, including his memoir An American Requiem, winner of the National Book Award; Constantine’s Sword, a New York Times bestseller and winner of the National Jewish Book Award; and a history of the Pentagon, House of War, winner of the PEN/Galbraith Award. Carroll is a fellow of the American Academy of Arts and Sciences. He lives in Boston with his wife, the writer Alexandra Marshall.

The Rev. Dr. Laurinda M. Hafner’s passion for prophetic ministry, the social gospel and the arts has been the mark of her vibrant ministry. Called as Senior Pastor of Coral Gables Congregational UCC in 2006, Laurie came from Cleveland, Ohio where she served congregations for twenty-eight years, among them as senior pastor of Pilgrim Congregational United Church of Christ, for eighteen years.

Pastor Laurie, as she is known, is presently a board member of the Collective Empowerment Group of South Florida, an organization dedicated to building up Black communities and developing assets in Miami-Dade County; has served as chair and co-chair of the Miami Coalition for Christians and Jews Clergy Dialogue, the oldest interfaith dialogue in the country; is president of P.A.C.T. Laurie is a political science graduate of Elon University. She received her Master of Divinity Degree from Christian Theological Seminary and was awarded a Doctor of Ministry Degree from McCormick Theological Seminary in Chicago. She was privileged to study with Father Henri Nouwen when he was at Yale Divinity School.