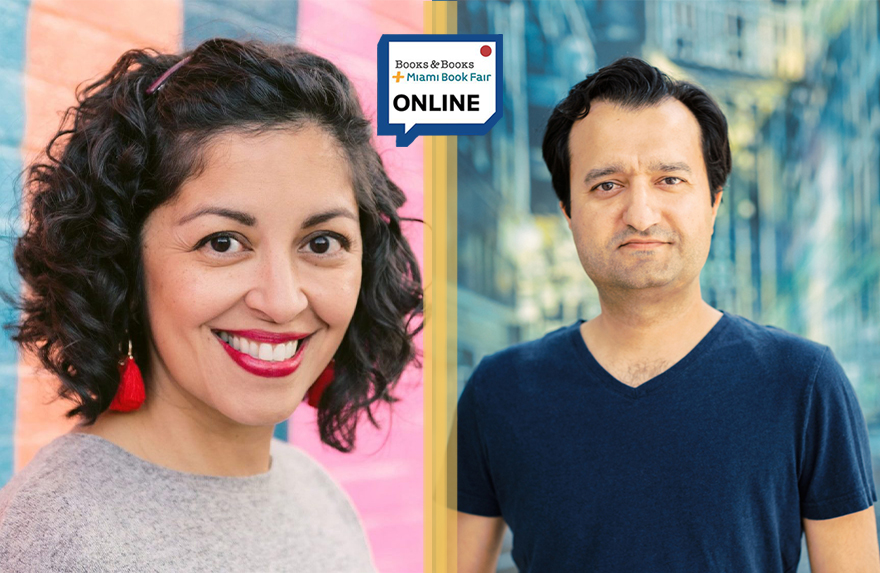 An Evening with Aimee Nezhukumatathil

In conversation with Jaswinder Bolina

From beloved, award-winning poet Aimee Nezhukumatathil comes a debut work of nonfiction–a collection of essays about the natural world, and the way its inhabitants can teach, support, and inspire us.

As a child, Nezhukumatathil called many places home: the grounds of a Kansas mental institution, where her Filipina mother was a doctor; the open skies and tall mountains of Arizona, where she hiked with her Indian father; and the chillier climes of western New York and Ohio. But no matter where she was transplanted–no matter how awkward the fit or forbidding the landscape–she was able to turn to our world’s fierce and funny creatures for guidance.

“What the peacock can do,” she tells us, “is remind you of a home you will run away from and run back to all your life.” The axolotl teaches us to smile, even in the face of unkindness; the touch-me-not plant shows us how to shake off unwanted advances; the narwhal demonstrates how to survive in hostile environments. Even in the strange and the unlovely, Nezhukumatathil finds beauty and kinship. For it is this way with wonder: it requires that we are curious enough to look past the distractions in order to fully appreciate the world’s gifts.

Warm, lyrical, and gorgeously illustrated by Fumi Nakamura, World of Wonders is a book of sustenance and joy. 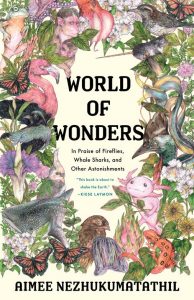 Aimee Nezhukumatathil is the author World of Wonders, an illustrated essay collection forthcoming in August 2020, as well as of four books of poetry, most recently, Oceanic, winner of the Mississippi Institute of Arts and Letters Award. Other awards for her writing include fellowships and grants from the National Endowment for the Arts, Mississippi Arts Council, and MacDowell. Her writing appears in Poetry, the New York Times Magazine, ESPN, and Tin House. She serves as poetry faculty for the Writing Workshops in Greece and is professor of English and Creative Writing in the University of Mississippi’s MFA program.

Jaswinder Bolina is an American poet and essayist. His debut collection of essays Of Color is now available from McSweeney’s. His most recent collection of poems The 44th of July was published by Omnidawn Publishing in April 2019, and his previous books include Phantom Camera (winner of the 2012 Green Rose Prize in Poetry from New Issues Press), Carrier Wave (winner of the 2006 Colorado Prize for Poetry from the Center for Literary Publishing at Colorado State University), and the digital chapbook The Tallest Building in America (Floating Wolf Quarterly 2014). An international edition of Phantom Camera is available from Hachette India. His poems have appeared in numerous literary journals and been included in The Best American Poetry series.

His essays can be found at The Poetry Foundation, McSweeney’s, Himal Southasian, The Writer, and other magazines. They have also appeared in anthologies including the 14th edition of The Norton Reader (W.W. Norton & Company 2016), Language: A Reader for Writers (Oxford University Press 2013), and Poets on Teaching (University of Iowa Press 2011).