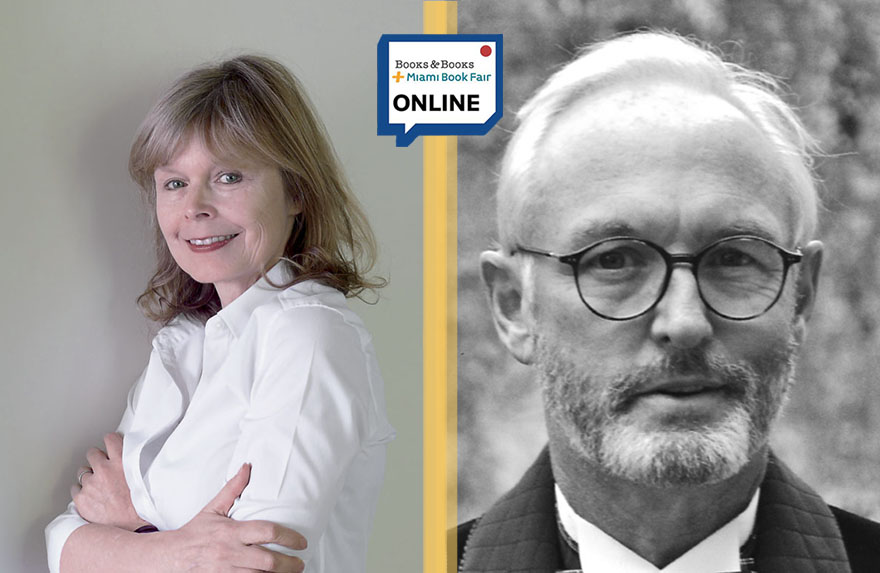 An Evening with Annalena McAfee

In conversation with Christopher Buckley

A lean, taut novel about an artist at the height of her career, about the art world, about love, fidelity, fame, betrayal, and the large choices and prices paid in the quest for art for art’s sake. By the much-admired author of The Spoiler and Hame.

Eve Laing, celebrated artist, once the muse of legendary painter and “monstre sacré”, is a photorealist painter of flowers at the peak of her career, with her work in international galleries and museums.

Now Eve is embarking on her most ambitious work to date–seven enormous, elaborate panels of the world’s deadliest plants. In psychic preparation, she has taken a wrecking ball to her opulent high-wire life, jettisoning her marriage for a beautiful young lover, a drifter half her age, who seems to share her single-minded artistic vision. As the novel opens out, Eve is on a late-night walk through London, setting out from her former family home in the well-heeled west of the city, back to her studio, a converted factory in the grittier east, where her recently completed masterpiece hangs and where a fatal reckoning may await. . . . Eve makes her way through the city and reflects on her life today and as it was years ago, and considers the large choices she has made and their repercussions. As she walks, she summons up her wild art college days in London; her New York years as a tyro artist; her vicious rivalry with her college roommate, now a celebrated figure on the international conceptual art scene whose full-blown success and recognition still infuriates and rankles Eve’s sense of rightness with the world. And as she weighs what’s been gained and what’s been lost in pursuit of her art, a sense of dread settles over her, one she cannot shake, and as Nightshade moves to its dark, shocking end, it explores large questions–about ambition . . . artistic truth . . . betrayal . . . about bad people making good art . . . about the consequences of fame . . . and the devastating price of love. 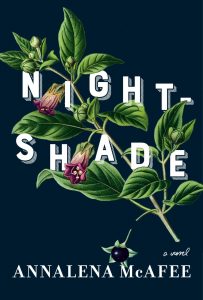 ANNALENA McAFEE was born in London and was educated at Essex University. She is the author of Hame and The Spoiler. McAfee worked in newspapers for more than three decades. She was arts and literary editor of the Financial Times and founded the Guardian Review, which she edited for six years. She lives in Gloucestershire with her husband, the writer Ian McEwan.

Christopher Buckley is a novelist, essayist, humorist, critic, magazine editor, and memoirist. His books include Thank You for Smoking, The Judge Hunter, Make Russia Great Again, and The Relic Master. He worked as a merchant seaman and White House speechwriter. He has written for many newspapers and magazines and has lectured in over seventy cities around the world. He was awarded the Thurber Prize for American Humor and the Washington Irving Medal for Literary Excellence.