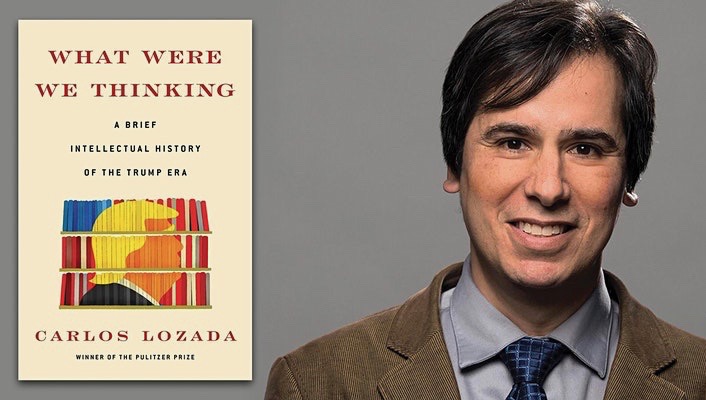 An Evening with Carlos Lozada

In conversation with Mitchell Kaplan

What Were We Thinking: A Brief Intellectual History of the Trump Era

The Washington Post’s Pulitzer Prize–winning book critic uses the books of the Trump era to argue that our response to this presidency reflects the same failures of imagination that made it possible.

As a book critic for The Washington Post, Carlos Lozada has read some 150 volumes claiming to diagnose why Trump was elected and what his presidency reveals about our nation. Many of these, he’s found, are more defensive than incisive, more righteous than right.

In What Were We Thinking, Lozada uses these books to tell the story of how we understand ourselves in the Trump era, using as his main characters the political ideas and debates at play in America today. He dissects works on the white working class like Hillbilly Elegy; manifestos from the anti-Trump resistance like On Tyranny and No Is Not Enough; books on race, gender, and identity like How to Be an Antiracist and Good and Mad; polemics on the future of the conservative movement like The Corrosion of Conservatism; and of course plenty of books about Trump himself.

Lozada’s argument is provocative: that many of these books—whether written by liberals or conservatives, activists or academics, Trump’s true believers or his harshest critics—are vulnerable to the same blind spots, resentments, and failures that gave us his presidency. But Lozada also highlights the books that succeed in illuminating how America is changing in the 21st century. What Were We Thinking is an intellectual history of the Trump era in real time, helping us transcend the battles of the moment and see ourselves for who we really are. 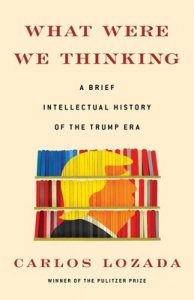 Carlos Lozada is the nonfiction book critic of The Washington Post and winner of the 2019 Pulitzer Prize for criticism.

Mitchell Kaplan, a Miami Beach native, founded the independent bookstore chain Books & Books in 1982. Books & Books was named “Publishers’ Weekly Bookstore of the Year” in 2015. He is the co-founder of Miami Book Fair, a former president of the American Booksellers Association (ABA), and received the National Book Foundation’s prestigious “Literarian Award for Outstanding Service to the American Literary Community” in 2011.  He is the host of the podcast, “The Literary Life with Mitchell Kaplan” and with his partner Paula Mazur, formed the Mazur/Kaplan film production company to bring books to the screen.