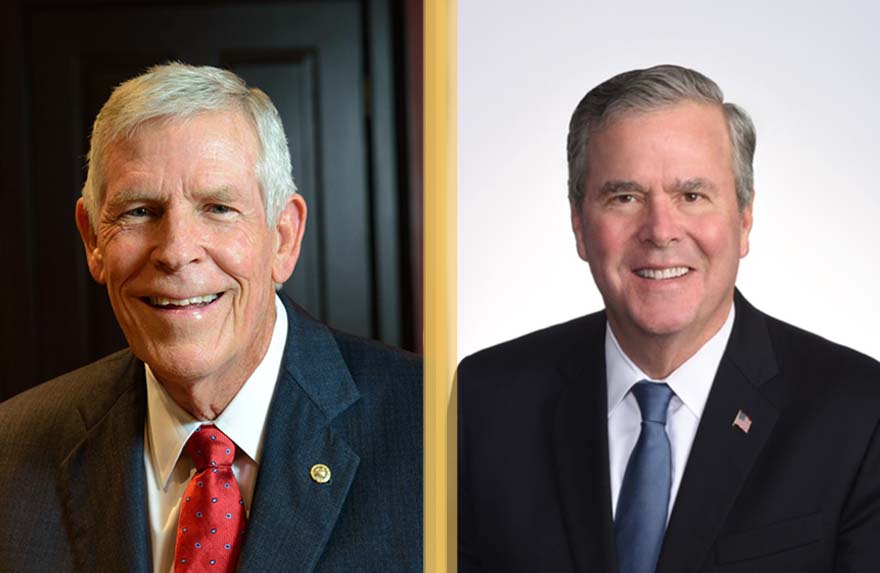 An Evening with Connie Mack

In conversation with Jeb Bush

Citizen Mack: Politics, An Honorable Calling is former Republican US Senator Connie Mack III’s memoir, detailing his life in the world of Washington DC politics, and where that lead him afterwards. From his beginning as a member of the House of Representatives from Florida through the 80s, to his escalation to a Senator for the duration of the 90s, Mack offers an inside look into the political culture and climate of the nation as it closed out the twentieth century and progressed into the twenty first. Readers will experience a thorough and honest account of what the world of Washington looks like, from a man whom George W. Bush wanted as his running mate; who took part in the debate over one of the country’s most contentious Supreme Court Justice Appointments; whose voice mattered when it came to deciding whether to remove President Bill Clinton from office, following his impeachment by the House. All this and more Mack recounts as a once-politician, now-citizen: Citizen Mack. 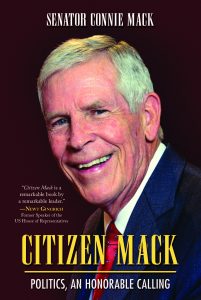 In 1982, Connie Mack left a successful banking career to run for the House of Representatives, where he served three terms before running for one of Florida’s seats in the U.S. Senate. He served two terms there, then chose not to run for reelection. On returning to the private sector, Mack became chairman followed by chairman emeritus of the H. Lee Moffitt Comprehensive Cancer Center in Tampa.

He and his wife, Priscilla, divide their time between Florida and Vermont. They have two children, six grandchildren, and two great-grandchildren. Mack is the grandson, and namesake, of the Hall of Fame baseball figure who managed teams to major league records in total wins. His grandfather on his mother’s side, Morris Sheppard, served as a U.S. senator from Texas from 1913 until 1941.

Jeb Bush is the 43rd governor of the State of Florida, serving from 1999 through 2007. He was the third Republican elected to the state’s highest office and the first Republican in the state’s history to be reelected. He was most recently a candidate for the Republican presidential nomination in 2016.

Governor Bush joined the University of Pennsylvania as a non-resident Presidential Professor of Practice for the 2018-19 academic year. He has previously served as a visiting professor and fellow at Harvard University, an executive professor at Texas A&M University, and has been awarded several honorary doctorates from collegiate institutions across the country.  Governor Bush currently serves as Chairman of Finback Investments Partners LLC and Dock Square Capital LLC, both merchant banks headquartered in Coral Gables.

Governor Bush maintains his passion for improving the quality of education for students across the country by serving as the Chairman of the Foundation for Excellence in Education, a national nonprofit education reform organization he founded to transform education in America. He has written three books, Profiles in Character; Immigration Wars: Forging an American Solution; and Reply All: A Governor’s Story 1999-2007.

Governor Bush lives in Miami with his wife Columba. They have three children and four grandchildren.