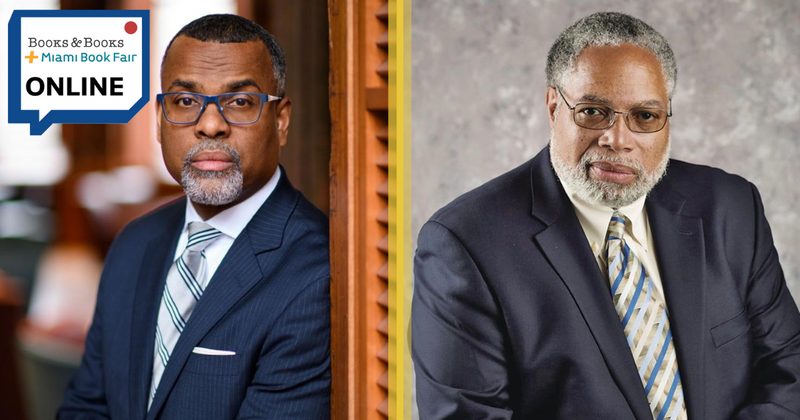 Begin Again: James Baldwin’s America and Its Urgent Lessons for Our Own

James Baldwin grew disillusioned by the failure of the civil rights movement to force America to confront its lies about race. In our own moment, when that confrontation feels more urgently needed than ever, what can we learn from his struggle?

We live, according to Eddie S. Glaude Jr., in a moment when the struggles of Black Lives Matter and the attempt to achieve a new America have been challenged by the election of Donald Trump, a president whose victory represents yet another failure of America to face the lies it tells itself about race. From Charlottesville to the policies of child separation at the border, his administration turned its back on the promise of Obama’s presidency and refused to embrace a vision of the country shorn of the insidious belief that white people matter more than others.

We have been here before: For James Baldwin, these after times came in the wake of the civil rights movement, when a similar attempt to compel a national confrontation with the truth was answered with the murders of Medgar Evers, Malcolm X, and Martin Luther King, Jr. In these years, spanning from the publication of The Fire Next Time in 1963 to that of No Name in the Street in 1972, Baldwin transformed into a more overtly political writer, a change that came at great professional and personal cost. But from that journey, Baldwin emerged with a sense of renewed purpose about the necessity of pushing forward in the face of disillusionment and despair.

In the story of Baldwin’s crucible, Glaude suggests, we can find hope and guidance through our own after times, this Trumpian era of shattered promises and white retrenchment. Mixing biography—drawn partially from newly uncovered interviews—with history, memoir, and trenchant analysis of our current moment, Begin Again is Glaude’s endeavor, following Baldwin, to bear witness to the difficult truth of race in America today. It is at once a searing exploration that lays bare the tangled web of race, trauma, and memory, and a powerful interrogation of what we all must ask of ourselves in order to call forth a new America. 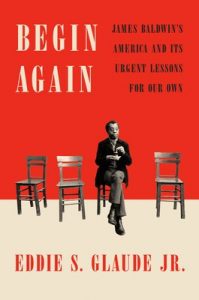 Eddie S. Glaude Jr. is the James S. McDonnell Distinguished University Professor and chair of the Department of African American Studies at Princeton University. He is the former president of the American Academy of Religion, the largest professional organization of scholars of religion in the world. Glaude is the author of a number of books, including Democracy in Black. He hails from Moss Point, Mississippi, a small town on gulf coast, and is a graduate of Morehouse College in Atlanta, Georgia.

Lonnie G. Bunch III is the 14th Secretary of the Smithsonian. He assumed his position June 16, 2019. As Secretary, he oversees 19 museums, 21 libraries, the National Zoo, numerous research centers, and several education units and centers.

Previously, Bunch was the director of the Smithsonian’s National Museum of African American History and Culture. When he started as director in July 2005, he had one staff member, no collections, no funding and no site for a museum. Driven by optimism, determination and a commitment to build “a place that would make America better,” Bunch transformed a vision into a bold reality. The museum has welcomed more than 6 million visitors since it opened in September 2016 and compiled a collection of 40,000 objects that are housed in the first “green building” on the National Mall.

A widely published author, Bunch has written on topics ranging from the black military experience, the American presidency and all-black towns in the American West to diversity in museum management and the impact of funding and politics on American museums. His most recent book, A Fool’s Errand: Creating the National Museum of African American History and Culture in the Age of Bush, Obama, and Trump, which chronicles the making of the museum that would become one of the most popular destinations in Washington.

Among his many awards, he was appointed by President George W. Bush to the Committee for the Preservation of the White House in 2002 and reappointed by President Barack Obama in 2010. In 2019, he was awarded the Freedom Medal, one of the Four Freedom Awards from the Roosevelt Institute, for his contribution to American culture as a historian and storyteller; the W.E.B. Du Bois Medal from the Hutchins Center at Harvard University; and the National Equal Justice Award from the NAACP’s Legal Defense Fund.

Bunch received his undergraduate and graduate degrees from the American University in Washington, D.C.