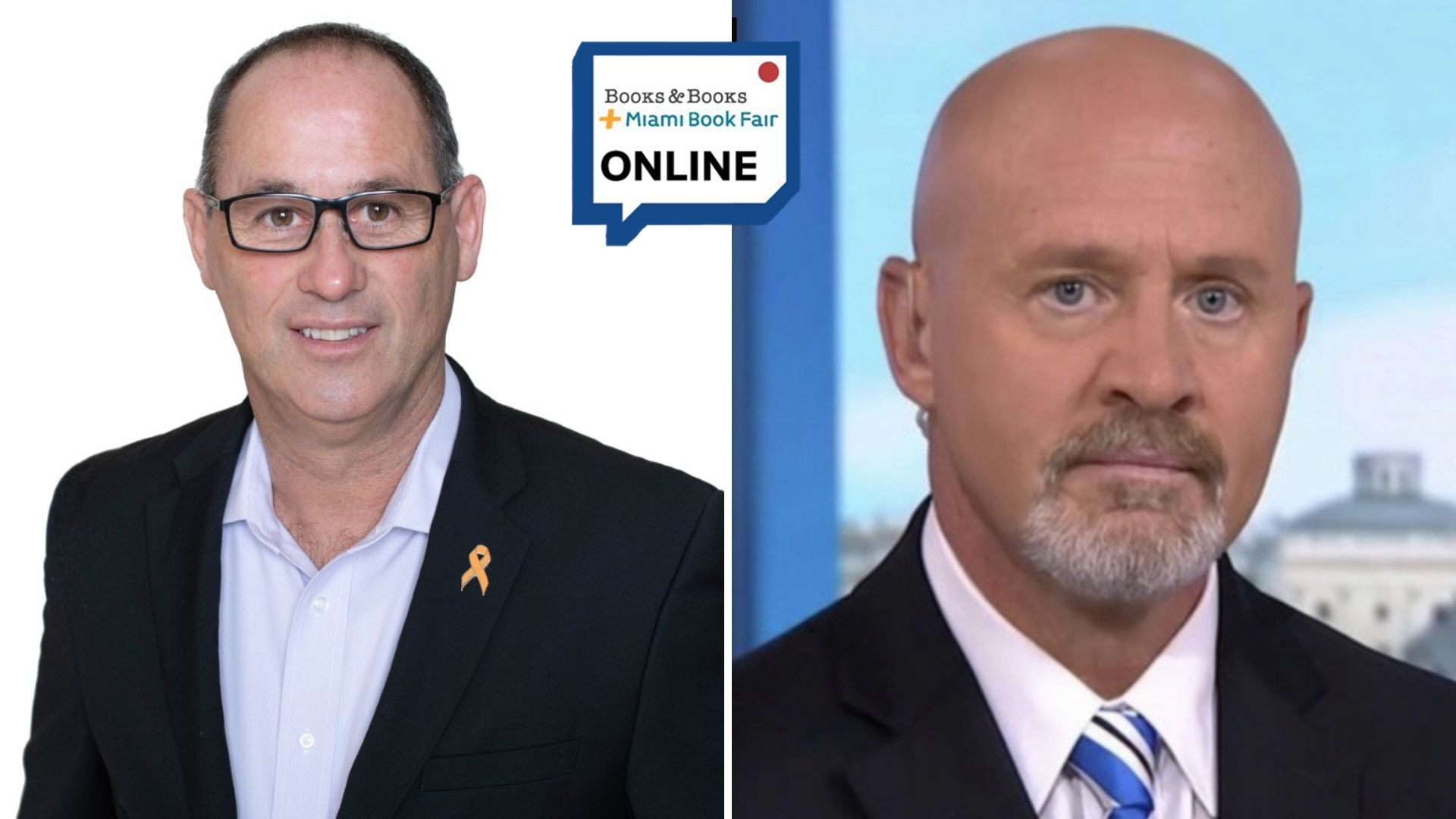 An Evening with Fred Guttenberg

In conversation with Glenn Kirschner

Find the Helpers: What 9/11 and Parkland Taught Me about Recovery, Purpose, and Hope

Fred Guttenberg loved watching Mr. Rogers with his daughter and his son when they were little. Their favorite piece of wisdom was: In the midst of tragedy and catastrophe, find the helpers.

Life changed forever on Valentine’s Day 2018. What was to be a family day celebrating love turned into a nightmare. Thirty-four people were shot at Marjory Stoneman Douglas High School in Parkland, Florida. Jaime Guttenberg, a fourteen-year-old with a huge heart, was the second to last victim. That she and so many of her fellow students were struck down in cold blood galvanized many to action, including Jaime’s father Fred who has become an activist dedicated to passing common sense gun safety legislation.

Fred was already struggling with deep personal loss. Four months earlier his brother Michael died of 9/11 induced pancreatic cancer. He had been exposed to so much dust and chemicals at Ground Zero, the damage caught up with him. Michael battled heroically for nearly five years and then died at age fifty.

This book is not about gun safety or Parkland. Instead, Find the Helpers tells the story of Fred Guttenberg’s journey since Jaime’s death and how he has been able to get through the worst of times thanks to the kindness and compassion of others. Good things happen to good people at the hands of other good people─and the world is filled with them. They include everyone from amazing gun violence survivors Fred has met around the country to former VP Joe Biden, who spent time talking to him about finding mission and purpose in learning to grieve. 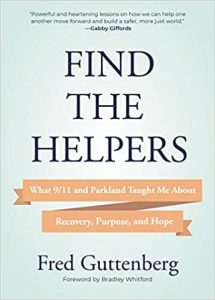 Fred Guttenberg began his public life after the murder of his beautiful fourteen-year-old daughter Jaime in the Parkland, Florida, school shooting on Feb 14, 2018. The day after the murder, Fred decided to attend a public vigil. While there, the mayor asked him to speak. His words shook a nation and he has not stopped since. Only four months prior to the murder of his daughter, Fred’s brother Michael passed away in October 2017 from cancer related to his service in 9/11 in New York City. He was one of the original first responders at the World Trade Center with a team of doctors who got trapped in the WTC as it collapsed. Amazingly, the room that they hid out in did not collapse and Michael and his team of physicians spent sixteen days at ground zero taking care of others. Following his involvement in these two distinctly American tragedies, Fred has traveled the country talking about both events but also talking about perspective, perseverance, and resilience. He discusses pivotal moments in our lives and how we respond to those moments, using his speech to inspire others. Prior to these events, Fred Guttenberg’s professional life included over a decade in sales and management with Johnson & Johnson, followed by almost fifteen years as an entrepreneur, having built a business including nineteen Dunkin Donuts. Fred and his wife Jennifer now spend time challenging elected officials to do more. They began a nonprofit organization dedicated to Jaime’s life called “Orange Ribbons for Jaime.” He has been a regular on TV news programs and myriad online and print media. The nonprofit is now his full-time mission.

Glenn is a former federal prosecutor with 30 years of trial experience. He served in the U.S. Attorney’s Office for the District of Columbia for 24 years, rising to the position of Chief of the Homicide Section. In that capacity, Glenn supervised 30 homicide prosecutors and oversaw all homicide grand jury investigations and prosecutions in Washington, DC. Prior to joining the DC U.S. Attorney’s Office, Glenn served more than six years on active duty as an Army Judge Advocate General (JAG) prosecutor, trying court-martial cases and handling criminal appeals, including espionage and death penalty cases. Glenn currently works as an NBC News/MSNBC on-air legal analyst and teaches criminal justice at George Washington University. He has a YouTube channel and Podcast, “Justice Matters with Glenn Kirschner.”

Glenn tried hundreds of cases in his 30 years as a prosecutor, including more than 50 murder trials, multiple lengthy RICO trials and precedent-setting cases. His cases have been made into major motion pictures (murder conviction of a sophisticated con man who ran in elite DC circles, subject of upcoming film “Georgetown”, starring Vanessa Redgrave, Christoph Waltz and Annette Bening) and TV documentaries (defendant Andre Burno convicted of the ambush shooting of an on-duty police officer, subject of the Emmy Award-winning HBO documentary, “Thug Life in DC”). Glenn has lectured at Federal Bar Association seminars, judicial conferences and professional association events. He has presented at the National Advocacy Center on the topic of homicide prosecutions and taught advanced criminal law at George Washington University School of Law as an adjunct faculty member. He traveled as a Department of Justice representative to address Ukrainian prosecutors and detectives regarding the U.S. Criminal justice system.

As an Army JAG, Glenn served as prosecutor at Fort Richardson in Anchorage, Alaska, where he handled dozens of court-martial cases and served as legal advisor to Army commanders on criminal justice matters. He then served as an Army appellate attorney at the U.S. Army Legal Services Agency in Falls Church, Virginia, where he handled death penalty and espionage cases, among others.

Glenn attended Washington & Lee University in Lexington, Virginia and was First-Team All American football player in 1983. In 1987, he graduated with honors from New England School of Law in Boston, where he was named a Trustee’s Scholar. Glenn has received numerous awards, including: the Harold J. Sullivan Award for Fairness, Ethics and Trial Excellence; the John F. Evans Award for Outstanding Advocacy; the Metropolitan Police Department’s Chief of Police Medal of Honor; the United States Attorney’s Office STAR Award; U.S. Army Meritorious Service Medal; Washington & Lee University Athletic Hall of Fame Inductee; and induction in September 2018 into the American College of Trial Lawyers.