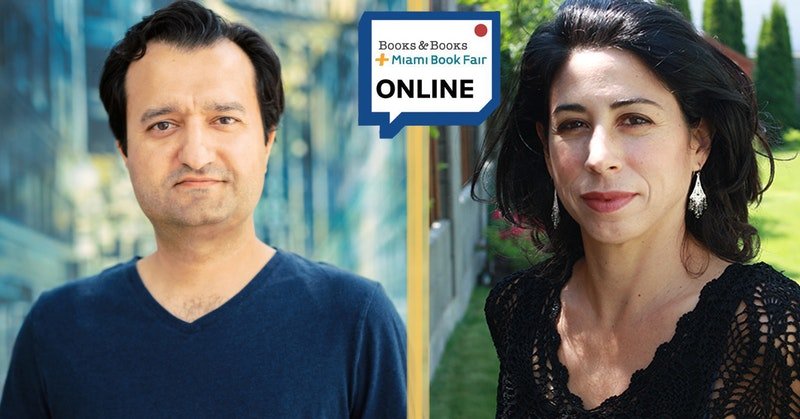 “An Evening with Jaswinder Bolina”

In conversation with Ana Menéndez

In his debut essay collection, award-winning poet Jaswinder Bolina meditates on “how race,” as he puts it, “becomes metaphysical”: the cumulative toll of the microaggressions and macro-pressures lurking in the academic market, on the literary circuit, in the dating pool, and on the sidewalks of any given U.S. city. Training a keenly thoughtful lens on questions that are never fully abstract―about immigration and assimilation and class, about the political utility of art, about what it means to belong to a language and a nation that brand you as other―Of Color is a bold, expansive, and finally optimistic diagnosis of present-day America. 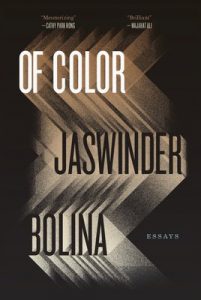 Jaswinder Bolina is an American poet and essayist. His debut collection of essays Of Color is now available from McSweeney’s. His most recent collection of poems The 44th of July was published by Omnidawn Publishing in April 2019, and his previous books include Phantom Camera (winner of the 2012 Green Rose Prize in Poetry from New Issues Press), Carrier Wave (winner of the 2006 Colorado Prize for Poetry from the Center for Literary Publishing at Colorado State University), and the digital chapbook The Tallest Building in America (Floating Wolf Quarterly 2014). An international edition of Phantom Camera is available from Hachette India. His poems have appeared in numerous literary journals and been included in The Best American Poetry series.

His essays can be found at The Poetry Foundation, McSweeney’s, Himal Southasian, The Writer, and other magazines. They have also appeared in anthologies including the 14th edition of The Norton Reader (W.W. Norton & Company 2016), Language: A Reader for Writers (Oxford University Press 2013), and Poets on Teaching (University of Iowa Press 2011).

Ana Menéndez has published four books of fiction: Adios, Happy Homeland!, The Last War, Loving Che and In Cuba I Was a German Shepherd, whose title story won a Pushcart Prize. She has worked as a journalist in the United States and abroad, lastly as a prize-winning columnist for The Miami Herald. As a reporter, she wrote about Cuba, Haiti, Kashmir, Afghanistan and India. Her work has appeared in publications including Vogue, Bomb Magazine, The New York Times and Tin House and has been included in several anthologies, including The Norton Anthology of Latino Literature. She has a B.A. in English from Florida International University and an M.F.A. from New York University. A former Fulbright Scholar in Egypt, she has also lived in India, Turkey and The Netherlands, where she designed a creative writing minor at Maastricht University. She currently directs The Humanities Edge program at FIU and this fall will join the faculty with joint appointments in English and the Wolfsonian Public Humanities Lab.