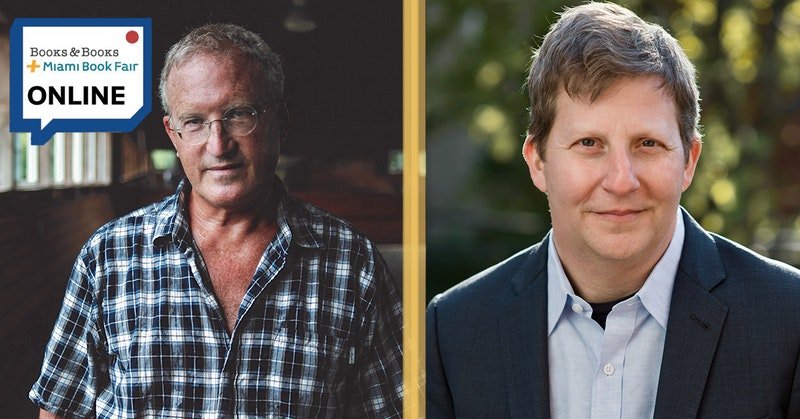 An Evening with Mark Bowden

In Conversation with Robert Kolker

The Case of the Vanishing Blonde

From Mark Bowden, a “master of narrative journalism” (New York Times), comes a true-crime collection both deeply chilling and impossible to put down.

Six captivating true-crime stories, spanning Mark Bowden’s long and illustrious career, cover a variety of crimes complicated by extraordinary circumstances. Winner of a lifetime achievement award from International Thriller Writers, Bowden revisits in The Case of the Vanishing Blonde some of his most riveting stories and examines the effects of modern technology on the journalistic process.

From a story of a campus rape at the University of Pennsylvania in 1983 that unleashed a moral debate over the nature of consent when drinking and drugs are involved to three cold cases featuring the inimitable Long Island private detective Ken Brennan and a startling investigation that reveals a murderer within the LAPD’s ranks, shielded for twenty six years by officers keen to protect one of their own, these stories are the work of a masterful narrative journalist at work. Gripping true crime from a writer the Washington Post calls “an old pro.” 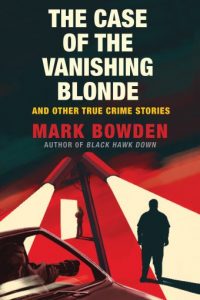 Mark Bowden is the author of thirteen books, including the #1 New York Times bestseller Black Hawk Down. He reported at the Philadelphia Inquirer for twenty years and now writes for the Atlantic and other magazines.

Robert Kolker is the New York Times bestselling author of Lost Girls, named one of the New York Times’s 100 Notable Books, a Publisher’s Weekly Top Ten Book of 2013, one of Time’s best true crime books ever, and one of Slate’s best nonfiction books of the last 25 years. His latest book is Hidden Valley Road, an Oprah’s Book Club selection and an instant #1 New York Times best-seller about one family’s struggle with mental illness. As a journalist, Kolker’s work has appeared in New York magazine, Bloomberg Businessweek, The New York Times Magazine, Wired, GQ, O magazine, and Men’s Journal. He is a National Magazine Award finalist and a recipient of the 2011 Harry Frank Guggenheim Award for Excellence in Criminal Justice Reporting from the John Jay College of Criminal Justice in New York. In 2020, two of his works were adapted into feature films: Netflix’s “Lost Girls” and HBO’s “Bad Education,” adapted from a 2004 story in New York magazine.