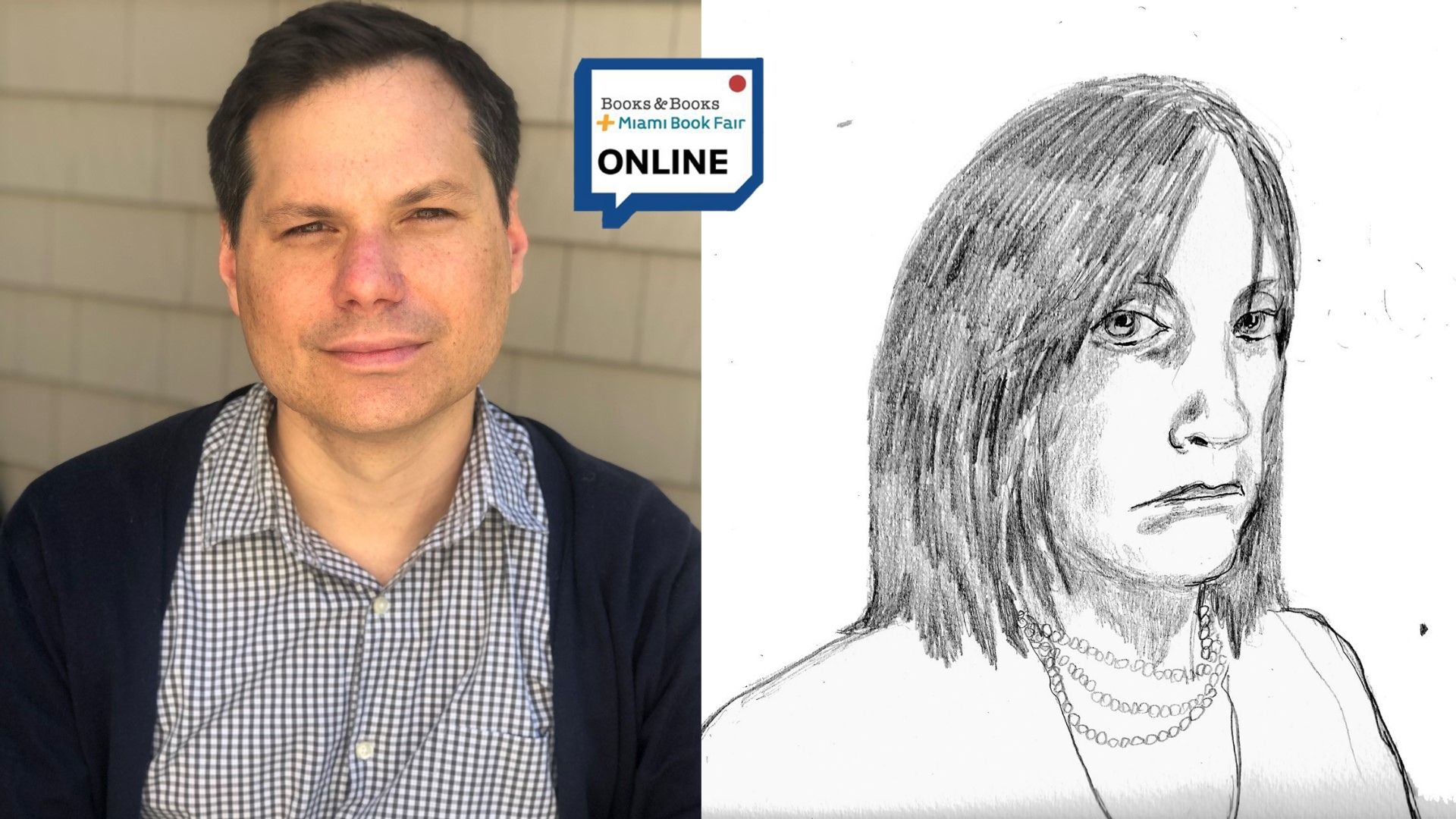 An Evening with Michael Ian Black and Merrill Markoe

A Better Man: A (Mostly Serious) Letter to My Son

We Saw Scenery: The Early Diaries of Merrill Markoe

A poignant look at boyhood, in the form of a heartfelt letter from comedian Michael Ian Black to his teenage son before he leaves for college, and a radical plea for rethinking masculinity and teaching young men to give and receive love.

In a world in which the word masculinity now often goes hand in hand with toxic, comedian, actor, and father Michael Ian Black offers up a way forward for boys, men, and anyone who loves them. Part memoir, part advice book, and written as a heartfelt letter to his college-bound son, A Better Man reveals Black’s own complicated relationship with his father, explores the damage and rising violence caused by the expectations placed on boys to “man up,” and searches for the best way to help young men be part of the solution, not the problem. “If we cannot allow ourselves vulnerability,” he writes, “how are we supposed to experience wonder, fear, tenderness?”

Honest, funny, and hopeful, Black skillfully navigates the complex gender issues of our time and delivers a poignant answer to an urgent question: How can we be, and raise, better men? 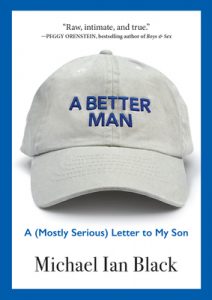 In her first-ever graphic memoir, four-time Emmy-winning comedy writer Merrill Markoe unearths her treasured diaries, long kept under lock and key, to illustrate the hilarious story of her preteen and teen years and how she came to realize that her secret power was her humor. Wielding her layered and comically absurd style, Markoe takes readers back through her time as a Girl Scout, where she learned that “scouting” was really more about learning housewifery skills, to her earliest crushes on uniquely awful boys and her growing obsession with television.

Much has changed in our world since Markoe wrote in her diaries, or has it? Climate change wasn’t yet a rallying call, but the growing hole in the ozone preoccupied Markoe’s young mind. No one was flocking to the desert for Burning Man, but Markoe readily partook in the Ken Kesey Acid Test. As she charts the divide between her adolescence and adulthood, Markoe questions and berates her younger self, revealing how much is opaque to us in those young years.

Perfect for fans of Roz Chast, Allie Brosh, and Lynda Barry, We Saw Scenery is a laugh-out-loud story of a girl growing up, told from the perspective of the woman she became, and it will speak to all who wanted to understand themselves in the midst of their own maturing. 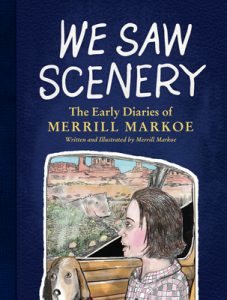 Michael Ian Black is an actor, comedian, and writer who started his career with the sketch comedy show The State, on MTV, and has created and starred in many other television shows. Movie appearances include Wet Hot American Summer, The Baxter, and Sextuplets. Black is the author of several books for children, including the award-winning I’m Bored, I’m Sad, and I’m Worried, and the parody A Child’s First Book of Trump. His books for adults include the memoirs You’re Not Doing It Right and Navel Gazing, and the essay collection My Custom Van. Black also co-authored with Meghan McCain America, You Sexy Bitch. As a stand-up comedian, Michael regularly tours the country, and he has released several comedy albums. His podcasts include Mike & Tom Eat Snacks, with Tom Cavanagh; Topics, with Michael Showalter; How to Be Amazing; and Obscure. He lives in Connecticut with his wife and two children.

Merrill Markoe was the head writer for the original The David Letterman Show; the live NBC morning show was recognized with a Daytime Emmy Award. She shared in three Primetime Emmy Awards for Outstanding Writing for a Variety Series for her work on Late Night with David Letterman. She engineered most of the original concepts and architecture for the ground-breaking late-night talk show and created the segment “Stupid Pet Tricks”, as well as “Stupid Human Tricks” and “Viewer Mail.” Many of the ideas behind the remote segments outside the studio came from Markoe, who also won a Writer’s Guild award for her writing/performing work on HBO’s Not Necessarily the News. She has also written for television shows such as Newhart, Sex and the City, and Moonlighting.  Markoe has had a number of columns and written for many periodicals including Rolling Stone, Time, New York Woman, New Woman, US Newsand World Report, US, People, Esquire, The New York Times, and The Los Angeles Times. She is the author of four books of essays and four novels. Most recently, her cartoons have appeared in The New Yorker.