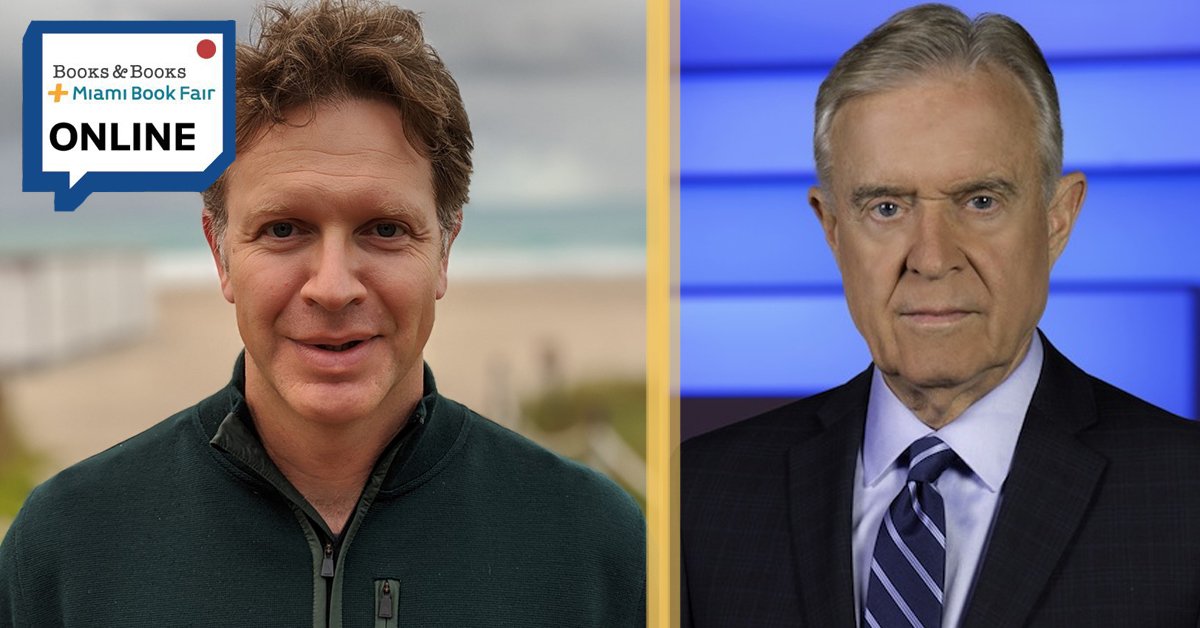 “An Evening with Nicholas Griffin”

In conversation with Michael Putney

The Year of Dangerous Days

The harrowing story of the rise and fall of one of America’s most popular destination cities—rife with police brutality, a drug epidemic, and a bulging refugee crisis—The Year of Dangerous Days is a riveting blend of urgent social commentary and cinematic drama, from the award-winning journalist and author of Ping Pong Diplomacy.

Today, Miami, Florida, famed for its blue skies and bikinis, is already one of the most popular vacation spots, with nearly 23 million tourists visiting annually. But few people have any idea how this unofficial capital of Latin American came to be.

The Year of Dangerous Days is a fascinating chronicle of a pivotal but forgotten year in American history. With a cast that includes iconic characters such as Jimmy Carter, Fidel Castro, and Janet Reno, this slice of history is brought to vibrant life through intertwining personal stories. At the core, there’s Edna Buchanan, a reporter for the Miami Herald who breaks the story on the wrongful murder of a black man, and the shocking police cover-up; Captain Marshall Frank, the hardboiled homicide detective tasked with investigating the murder; and Mayor Maurice Ferre, the charismatic politician who watches the case, and the city, fall apart.

A roller coaster of national politics and international diplomacy, these three figures cross paths and socio-economic lines as their city explodes in one of the worst race riots in American history—as over 120,000 Cuban refugees land on the Miami coast, and as drug cartels flood the city with cocaine and infiltrate all levels of law enforcement and government. In a battle of wills, Buchanan has to keep up with the 150% murder rate increase; Captain Frank has to scrub and rebuild his police department; and Mayor Ferre must find a way to reconstruct his smoldering city. Against all odds, they persevere, and a stronger, more vibrant Miami is born. But the new Miami—literally built on corruption and drug money—will have severe ramifications for the rest of the country.

Deeply researched and covering many timely issues including police brutality, immigration, and the drug crisis, The Year of Dangerous Days is both a clarion call and a creation story of one of America’s most iconic cities. 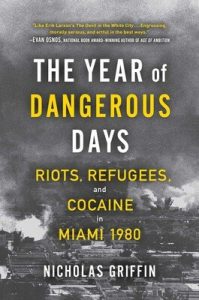 Nicholas Griffin is a journalist and author of four novels and three works of nonfiction. His writing has appeared in The Times (UK), The Financial Times, Foreign Policy, among other publications. He is the author of The Year of Dangerous Days, and Ping Pong Diplomacy, which was shortlisted for the PEN/ESPN Award for Literary Sports Writing. He lives in Miami with his wife and two children.

Michael Putney is Local 10’s senior reporter on politics and government, and writes a semimonthly column on politics for The Miami Herald. Michael began his career in broadcast journalism in 1966 while a graduate student, first as a radio reporter and then as a news director at KCGM in Columbia, Missouri. In 1970, Michael moved from the Midwest to Washington, D.C. There he worked for The National Observer. After the Observer closed in 1977, he worked in New York for Time Inc. Then The Miami Herald lured him to Florida. In 1981, joined WTVJ in Miami, he reported on a wide variety of stories but with a heavy emphasis on government and politics. In 1986, he became weekend co-anchor. Michael has been to Cuba more than a dozen times. His knowledge of and experience with Cuban political issues is virtually unmatched among South Florida news professionals. Michael’s superior reporting skills have won him two Emmys.