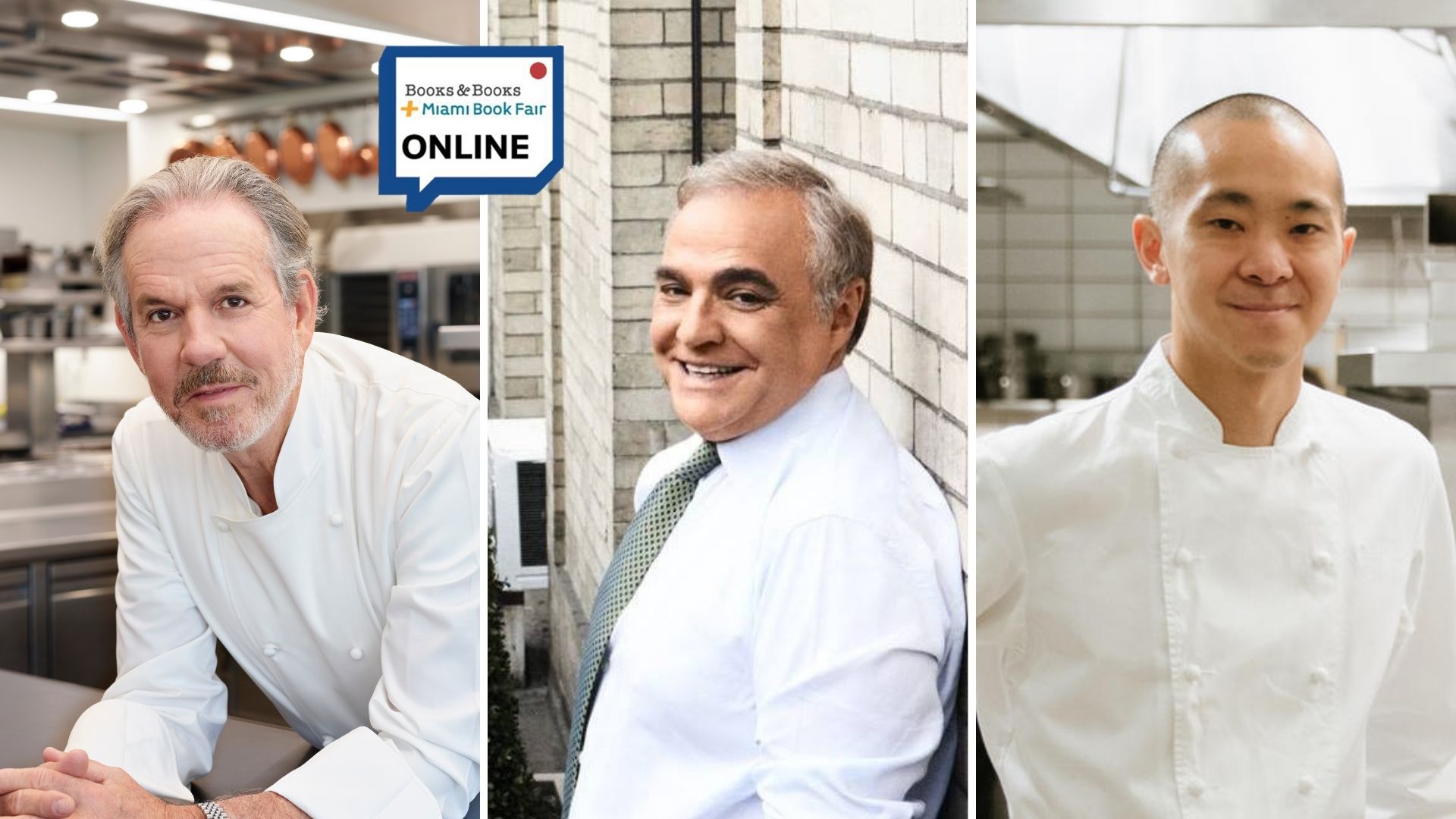 An Evening with Thomas Keller

In conversation with Lee Schrager and Corey Chow

The French Laundry, Per Se

Bound by a common philosophy, linked by live video, staffed by a cadre of inventive and skilled chefs, the kitchens of Thomas Keller’s celebrated restaurants—The French Laundry in Yountville, California, and per se, in New York City—are in a relationship unique in the world of fine dining. Ideas bounce back and forth in a dance of creativity, knowledge, innovation, and excellence. It’s a relationship that’s the very embodiment of collaboration, and of the whole being greater than the sum of its parts. And all of it is captured in The French Laundry, Per Se, with meticulously detailed recipes for 70 beloved dishes, including Smoked Sturgeon Rillettes on an Everything Bagel, “The Whole Bird,” Tomato Consommé, Celery Root Pastrami, Steak and Potatoes, Peaches ’n’ Cream.

Just reading these recipes is a master class in the state of the art of cooking today. We learn to use a dehydrator to intensify the flavor and texture of fruits and vegetables. To make the crunchiest coating with a cornstarch–egg white paste and potato flakes. To limit waste in the kitchen by fermenting vegetable trimmings for sauces with an unexpected depth of flavor. And that essential Keller trait, to take a classic and reinvent it: like the French onion soup, with a mushroom essence stock and garnish of braised beef cheeks and Comté mousse, or a classic crème brûlée reimagined as a rich, creamy ice cream with a crispy sugar tuile to mimic the caramelized coating.

Throughout, there are 40 recipes for the basics to elevate our home cooking. Some are old standbys, like the best versions of beurre manié and béchamel, others more unusual, including a ramen broth (aka the Super Stock) and a Blue-Ribbon Pickle.

And with its notes on technique, stories about farmers and purveyors, and revelatory essays from Thomas Keller—“The Lessons of a Dishwasher,” “Inspiration Versus Influence,” “Patience and Persistence”—The French Laundry, Per Se will change how young chefs, determined home cooks, and dedicated food lovers understand and approach their cooking. 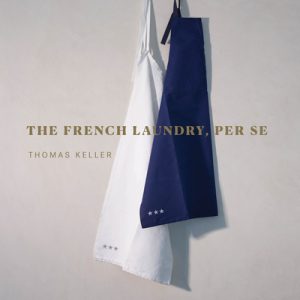 Thomas Keller is the first and only American chef to have two Michelin Guide three-star-rated restaurants, The French Laundry and per se, both of which continue to rank among the best restaurants in America and the world. In 2011 he was designated a Chevalier of the French Legion of Honor, the first American male chef to be so honored. In 2017, as part of the Ment’or Foundation—established with chefs Jérôme Bocuse and Daniel Boulud—Keller led Team USA to win gold at the Bocuse d’Or competition in Lyon, France, for the first time ever. He is a #1 New York Times bestselling author whose books also include The French Laundry Cookbook, Bouchon, Under Pressure, Ad Hoc at Home, and Bouchon Bakery.

Lee Brian Schrager is the Senior Vice President, Communications & Corporate Social Responsibility at Southern Glazer’s Wine and Spirits, LLC.  He is widely recognized for his creation of both the Food Network & Cooking Channel South Beach and New York City Wine & Food Festivals, which together have raised more than $45 million to date for charity. He is the author of three cookbooks, the most recent of which, America’s Best Breakfasts (Clarkson Potter), was released in April 2016.  He is a regular contributor for Ocean Drive magazine, serves on the Board of Trustees for the Pérez Art Museum Miami and Board of Directors for Food Bank For New York City, as well as a judge for Forbes’ annual 30 Under 30 list and Celebrated Living’s annual Platinum List Awards.

Corey Chow ascended to the role of chef de cuisine of Per Se in the summer of 2017. In his role, Corey oversees a collaborative and committed kitchen team and is responsible for developing all menus and exceeding guests’ expectations at the three Michelin-starred restaurant.

Corey first joined Per Se in 2007 as a commis. He quickly advanced to chef de partie, working all the stations, and in June 2010 became sous chef. At the end of 2013, Corey decided to expand his knowledge and gain additional experience through a position at The Nomad, and later as the chef de cuisine of Torrisi Italian Specialties. In 2015, Corey returned to Per Se as an executive sous chef before being promoted to his current role.