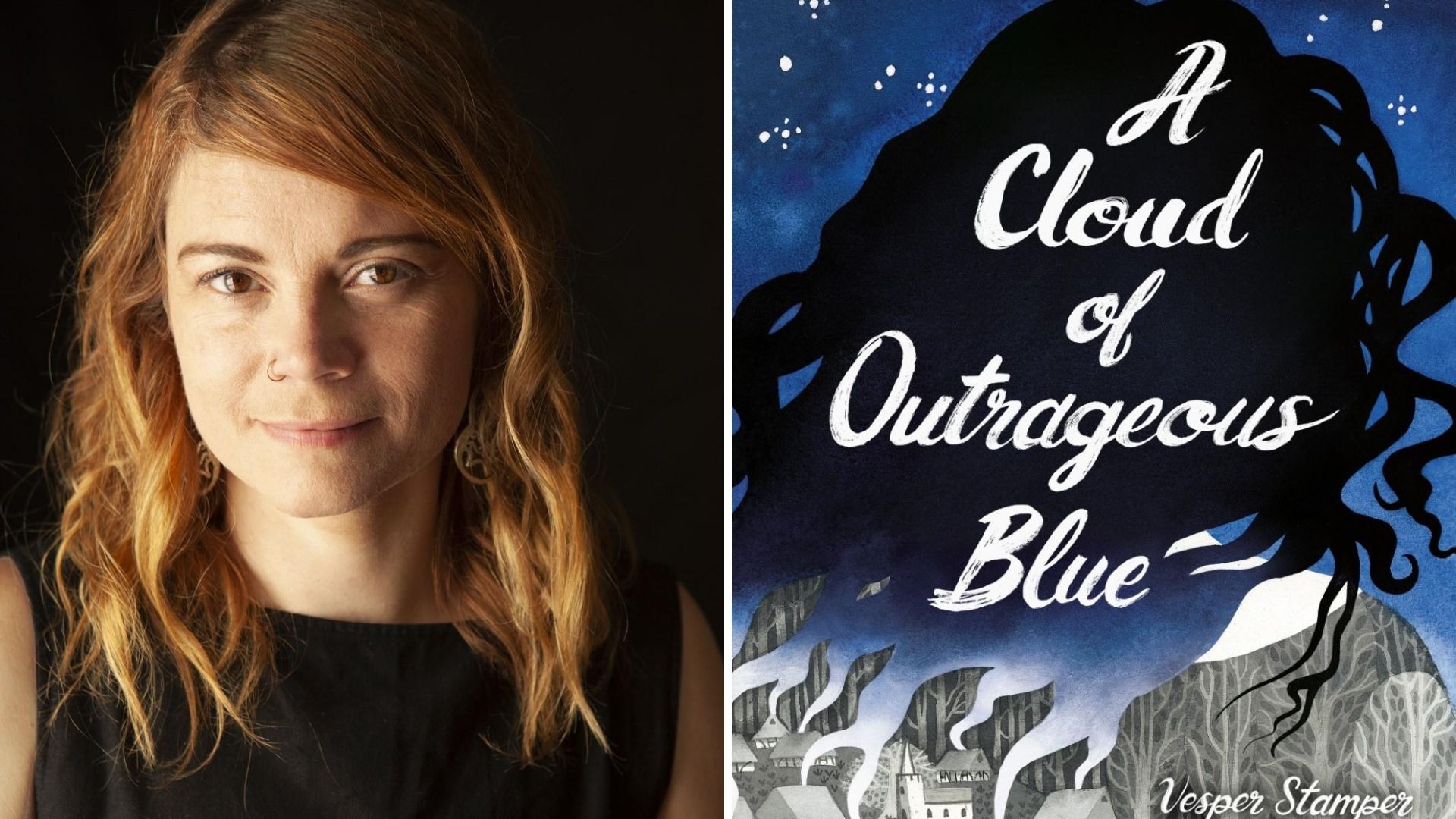 An Evening with Vesper Stamper

A Cloud of Outrageous Blue

For fans of Fever 1793 comes the story of a young woman paving her own path and falling in love during the Great Plague of 1348, from the award-winning creator of What the Night Sings.

Edyth grew up in a quiet village with a loving family, before losing everything she holds dear in the blink of an eye. Suddenly sent to live in a priory and work with ancient texts, Edyth must come to terms with her new life and the gifts she discovers in herself. But outside the priory, something much worse is coming. With the reappearance of a boy from her past and the ominous Great Plague creeping closer and closer to the priory, it will be up to Edyth to rise above it all and save herself.

From the award-winning author-illustrator of What the Night Sings comes a new journey of self-discovery and love in the most uncertain times.

Vesper Stamper was born in Nuremberg, Germany and raised in New York City. She married filmmaker Ben Stamper right out of college, and together they have two wildly creative children.When Vesper earned her MFA in Illustration from School of Visual Arts, Ben gave her an orange tree. She illustrates and writes under its leaves and blossoms at her grandfather’s old drafting table, in the pine woods of the Northeast. Follow her on Twitter at @vesperillustrat and on Facebook at @vesperillustration, and learn more at vesperillustration.com.